It’s been a busy month! There are lots of things happening in the BattleTech world, so instead of bombarding you all with a bunch of smaller updates, I decided to try and make things a little easier to digest. Hence the digest-style post.

We’ve got a lot of ground to cover, so let’s get to it! 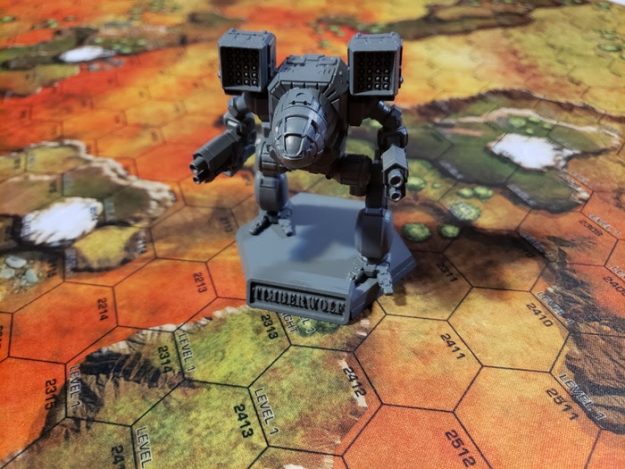 Is this really much of a surprise? If you told me that something like 90% of Kickstarters get delayed, I’d believe it. In fact, CNN says that number is around 84% (in 2012, which is a number that likely hasn’t improved in the 8 years since). I don’t think I’ve ever had a Kickstarter ship on the day they said it would at the start of the campaign, and BattleTech Clan Invasion is no different.

In an update delivered to backers a few weeks ago, Catalyst said that issues with the plastic miniature supplier mean that the first wave of shipments won’t go out until May, with the final shipments expected to complete by May 31st. Sucks, but what’re you gonna do? Nature of the beast and all that.

As Reddit user and Clan Invasion backer Halabis so eloquently put it: “If this one ships 45 days late it will still be the least late out of every Kickstarter I’ve ever backed.”

So far I haven’t heard anything about the Wuhan coronavirus adding more delays, but if the outbreak continues I wouldn’t be surprised. Knock on wood.

Harebrained Is Done With BattleTech, Now Working On 2 New Projects

In even worse news, Harebrained Schemes has decided that a single season of DLC is all that BATTLETECH deserves. In an announcement broadcast online earlier this week, HBS head honcho Mitch Gitelman revealed that the studio has moved on to new projects.

The last four years has been amazing for us, in large part thanks to every single one of you MechWarriors out there. The team at HBS are moving on to exciting new projects and we can't wait to tell you more about them, later down the line.https://t.co/dDuiazm5D7 pic.twitter.com/nfCjaxvCwn

“I’ve returned to the BattleTech universe many times over the last 25 years and it’s become woven into the fabric of my life,” Gitelman wrote in a follow-up tweet. “My deep appreciation to the community and the amazing teammates I’ve had the pleasure to work alongside. I’m personally honored to be part of its history.”

This means no more expansions, and no ratcheting forward of the timeline so that we have a Clan Invasion. I know that many of you are extremely disappointed to hear this, but there is at least a tiny silver lining. First, HBS will still throw out one more free update, update 1.9, scheduled for later this month. This will include 16 new ‘Mech variants, 8 new vehicle variants, fast-forwarding travel scenes, and some additional upgrade options for the Argo.

Second, mods are a thing, and the mod community that has sprung up around BATTLETECH will be sure to continue to do great things with the game.

In a farewell post, we also got some interesting stats from the game. Apparently the most-used ‘Mechs are the Shadow Hawk, Centurion, and surprisingly the Vindicator. I suspect this is simply due to the Vindicator being one of your starting ‘Mechs and is probably the strongest one you start with. Also, Decker dies over 10,000 times per month, a number which seems ludicrously low.

As for what Harebrained is working on now, I have no idea. I certainly hope it’s another Shadowrun game, but your guess is as good as mine.

Someone Did The Math, And Burst-Fire A/Cs Are Way Better DPS In MechWarrior 5 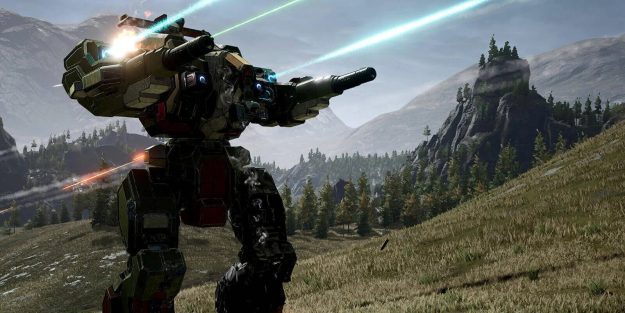 This is kinda nuts, but it explains why I vastly prefer burst-fire autocannons to single-shot versions in MechWarrior 5.

We’ve got Reddit user kirby3021 to thank for sitting down and doing the math on the two types of autocannons available in MechWarrior 5: Mercenaries. As you likely know, there are two options. The first is the usual single-shot cannon round that deals a set amount of damage to a single ‘Mech component. The other is a burst-fire that flings several munitions in a bit of a spread. This trades single-target accuracy for greater overall damage.

How much greater? According to kirby, burst-fire autocannons deal 46% more damage over time and produce 19% less heat than their single-shot counterparts.

That’s a lot, but as all MechWarriors know, DPS isn’t everything in MechWarrior. Burst-fire autocannons make it harder to hit specific components and harder to hit opponents at range, meaning it can be more difficult to down enemy ‘Mechs before they start hammering your armor. On the other hand, 46% more DPS makes it easier to core your enemies after they get up close and personal.

I’m an up-close and personal kinda guy, so I like my burst-fire cannons. Plus they sound cooler.

This Australian Guy Is Building His Own ‘Mech

And by the looks of things, it’s going to be an UrbanMech with some sort of weird ripper claw. I don’t really have anything else to say about it, but I certainly hope he succeeds. This world needs more ‘Mechs in it.

The Flashman Redesign Is Everything To Me 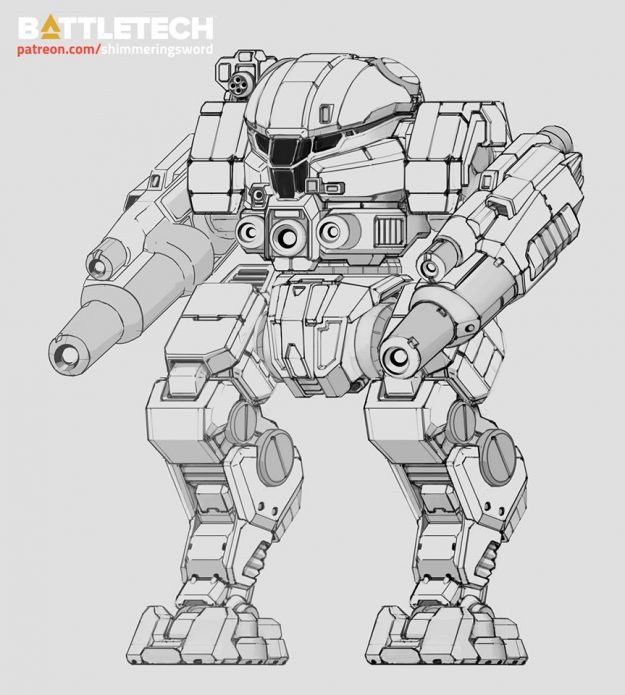 Last, but certainly not least, Shimmering Sword has redesigned the Flashman, and I am in literal awe. Look at this beauty. Can you imagine that something that used to look like this could one day become this menacing machine?

It doesn’t hurt that the Flashman is one of my favoritist ‘Mechs and one that I am eagerly awaiting in Wave 2 of the Catalyst Kickstarter.

That said, I do have one niggling complaint in that the redesign makes it appear like you can’t get away with calling the Flashman the “flashbulb.” Sure, it has a certain bulbousness to it, but it seems to have been greatly overshadowed by all that angular awesomeness.

Regardless, I want it, and it almost seems criminal that I’ll have to wait 6-8 months to get it.

12 thoughts on “Your BattleTech News Roundup For February”