It’s July. Man, where does the time go? I guess the time dilation might have something to do with the fact that I’m stuck inside all day long and commerce has ground to a standstill in much of the civilized world. And the things that I would normally use as milestones for the passage of time--like movie releases and sporting events--have all completely stopped. That and I’ve been cutting my own hair so I haven’t been keeping to that 6-week barber schedule. Frankly, I don’t even know what day it is.

But I do know that it’s still July, so it’s time for another news dump. I’m going to take a dump all over you, and you’re going to love it because it’s made of robots.

Alright, that could have been phrased better. My bad. Let’s get to the BattleTech news.

Finally, Someone Is Making A Full-CG MechWarrior Fan Film 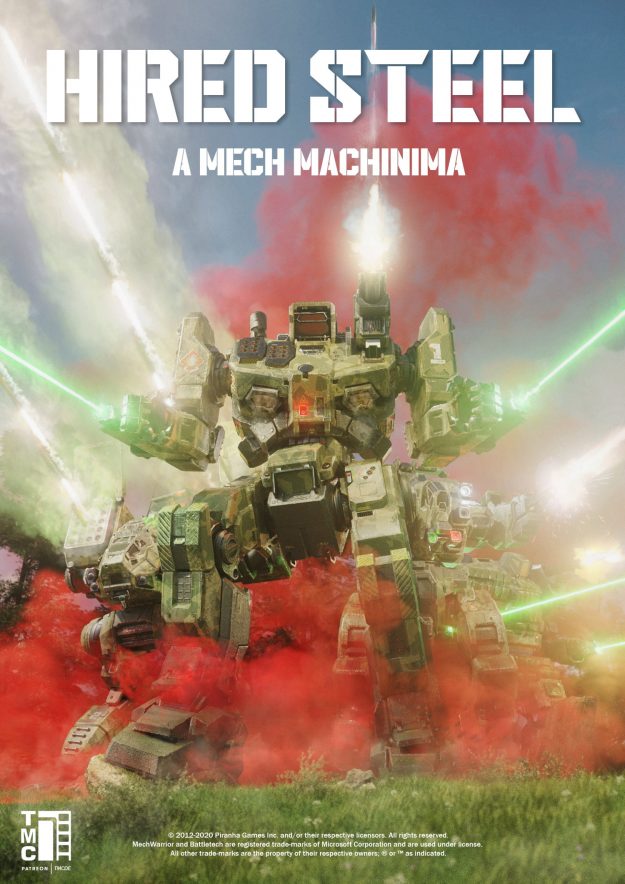 File this one under “I really hope I get to see this before a cease & desist letter shuts them down.”

A group of German madmen are braving the legal minefield that is the BattleTech intellectual property to bring us all a short fan film made using what appears to be MechWarrior Online assets. This isn’t too much of a surprise given that they’re previous works have also been made using MechWarrior Online, only this time instead of making a 5-minute long advertisement for MWO, they’re making a short film with an actual plot.

It’s called Hired Steel, and it’s a full CG movie that has been in development for about 3 months now. They plan on releasing a pilot episode soon that will detail what to expect from the series. I’m guessing it’s about another mercenary unit that’s down on their luck and has to fight their way to glory and freedom, but I’m just playing the odds here.

Also, I wouldn’t get your hopes up. The last time we saw a fan project stroll through these parts, it got hit with a C&D from Topps faster than you can splat an Elemental with a Streak SRM-6.

You can support TMC at their Patreon to help bring this project to fruition, and in the meantime, enjoy the poster. Shadow Hawks really ought to be the new poster child of the franchise.

But In The Meantime, Enjoy This Slightly Smaller CG Fan Film

Battle of the Crescent Fortress
Watch this video on YouTube.

Speaking of fan animation that may or may not get a cease and desist (although probably not in this case), Farseer Animation has come out with a new video that’s their largest and most elaborate yet.

These guys have actually been making BattleTech fan videos for several years. They got started remaking the original MechWarrior 2 cinematics using their own models, and have since then branched off into making more complex CG films. Their latest, “Mechwarrior: Battle of the Crescent Fortress,” is almost 10 minutes of non-stop action.

And it’s also hilarious. The Hunchback is piloted by a dude who sounds like Chekov from Star Trek (and sounds SUPER familiar--maybe he’s also been in one of Tex’s videos, someone correct me here!) and the Vulcan pilot does a great “angry drunk who just got taken out by a Crab” impression. There’s even a Crescent Hawks reference for the super old-school BattleTech fans in the audience.

Also, the line “I’m going to be blunt: you suck,” is perhaps the greatest one I’ve ever heard on YouTube. Go watch this thing and be amazed. 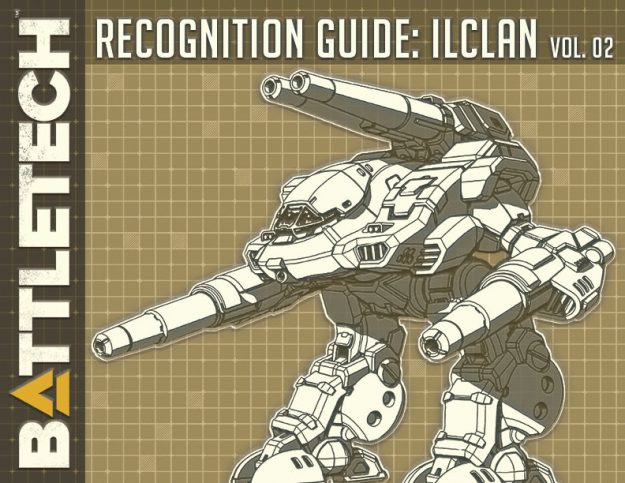 Alright, bad news first. Last week, Catalyst announced another delay in shipping out the first wave of the Clan Invasion Kickstarter. I’ve said it before and I’m sure I’ll say it again: sucks, but what’re you gonna do?

Apparently, the same company that held up shipping the original BattleTech: A Game Of Armored Combat box sets is also late on making the plastic figures for the Clan Invasion. The new shipping date for the first wave is July 31st, but that’s to get the figurines from China to America. And that’s only the folks who got in on the actual Kickstarter campaign and didn’t sign on as a late backer.

According to Catalyst, 80% of first wave shipments will be out on July 31st, and the remaining 20% will come in the middle of August. Again, that’s just getting the stuff out of China. Catalyst won’t begin shipping to backers until late September, so you’re likely not going to get those shipments until October. 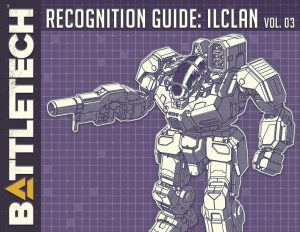 So that’s the bad news. The good news is that backers now have access to $50 worth of digital content if you follow this link and use a code at checkout that was emailed to backers earlier this month. This includes the brand new first edition of Shrapnel magazine as well as ten digital novels and three scenario PDFs.

Also, Recognition Guide: IlClan vol. 2 and 3 are out now, and we’ve got a brand new Stone Rhino with two overhead barrels instead of one. This is a long-overdue redesign that finally makes sense. What else might be hiding within these hallowed pages? Head on over to the Catalyst store to find out.

Renegade HPG Interviews Blaine Lee Pardoe, And Does Some Great Stuff With The Old Card Game Too!

A Conversation with BATTLETECH'S BLAINE LEE PARDOE
Watch this video on YouTube.

A couple of weeks ago, a brand new BattleTech YouTube channel popped up called Renegade HPG. Travis, the owner, first got started with the BattleTech TCG by opening a sealed booster box of Limited Edition on camera. It’s pretty sweet, especially considering my love of the original card game. I still have a bunch of those old cards and even the new ones that were made by BattleTech historian, Michael Todd (the same guy who made this great fan-made TRO).

From there, Travis decided to explore more of the TCG with Michael Cohen and Chester Hendrix, both BattleTech TCG pros (at least, as professional as you can get with a card game that’s been out of print for almost two decades) who’ve played the game for years and run the BattleTech TCG Facebook group. They talked about the card game’s history and design, as well as actual gameplay and deckbuilding. They go on four HOURS about BattleTech TCG mechanics, and I encourage you to check it out if you want to ever get into the card game (and then I might have someone to play with).

And from there it seems that Travis has branched out into speaking with BattleTech‘s creative team. His most recent interview with Blaine Lee Pardoe explores BattleTech‘s history as well as what stories have yet to be written (at least, in novel form).

Check them both out, and follow the channel to see what he comes out with next.

Ever Wonder What MechAssault 3 Might’ve Looked Like? Check Out This Art Portfolio

This is an interesting one that came from a person who wishes to remain anonymous for fear of taking too much credit for just how awesome this is. So I’ll take that credit for myself, thank you very much.

It’s an art portfolio slash promotional pamphlet for MechAssault 3 from graphics designer Kurt Saberi. We’ve talked about MechAssault before and the fan project that’s getting quite a bit of traction these days, but what we have here is what might’ve been had Day 1 Studios still existed and hadn’t been bought out by Wargaming (the makers of World of Tanks) in 2013. 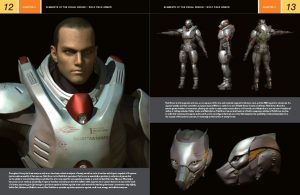 The intent of this portfolio was to try and convince people to invest in this game, which obviously didn’t pan out, but likely not because of the pitch. Or maybe--you decide.

MechAssault 3 would have taken 300 years after the events of MechAssault 2, which would put us way beyond anything we’ve ever seen from official sources and certainly way beyond the current Dark Age/IlClan era that we’re in now, narratively speaking. And the future is weird. The Clans are still around, with Clan Wolf still being in separate Warden and Crusader factions. Clan technology has also advanced considerably, with Elemental power armor replaced by sleek, sexy, almost anime-style power armor with animalistic features. 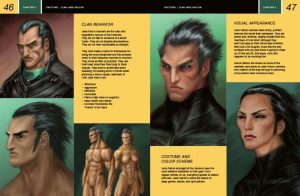 In fact, there seems to be a Far Eastern-influence in the design of everything here. The only ‘Mech in the portfolio, the Fire Falcon, is almost Metal Gear-like in its appearance. You can imagine a bajillion missiles coming out of those open ports.

The portfolio does mention that Clan technology is smooth and hyper-advanced, while Inner Sphere tech is crude, chunky, and brutish. Or it would if any of it was represented. Whatever the plot of MechAssault 3, it looks like it would have heavily focused on the Clans.

But as we all know by now, if you want a new MechAssault game, you gotta do it yourself, so go check out the latest news coming out of Wolves.

Speaking of Wolves, here’s a teaser of the game’s impending soundtrack. Sounds pretty good, right? I liked it. Also, there’s a nice picture of an Atlas for you to gawk at for a bit. 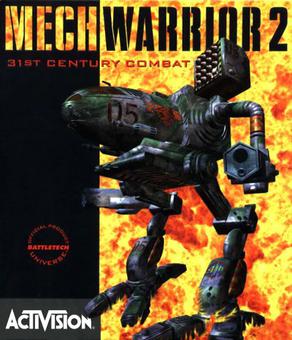 On July 24, 1995, MechWarrior 2: 31st Century Combat first arrived in stores on compact disc. It would go on to revolutionize gaming, especially when it came to portraying giant stompy robots. And it did a few neat things to move the dial forward for PC gaming in general.

I went into great length about MechWarrior 2 already, and while it would probably have made a lot more sense to celebrate a quarter-century since the release of MechWarrior 2 by publishing such an article now, I don’t have that kind of foresight. Instead, you may read that article here at your leisure.

And you can join a bunch of old farts in Discord to talk about the glory days of MechWarrior games. Reddit user CommanderHunter5 is inviting all MechWarriors to join their Discord to discuss the good ol’ days and to help people get MechWarrior 2 to work on modern hardware. It can be done, it just takes some doing.

So yeah, click this link to get in on the discussion.

Fan Gifts Us Remastered Soundtracks Of Every BattleTech Game Ever Made

Perhaps a better way to celebrate MechWarrior 2‘s quarter centennial is by re-listening to the game’s soundtrack, which was awesome (and also discussed at length here).

Xeromynd recently posted to various MechWarrior and BattleTech related subreddits a gift: a compiled and remastered selection of songs from every MechWarrior, BattleTech, MechCommander, and MechAssault game ever made. At least, the ones that aren’t still being sold for money so nobody can get sued.

Apparently, xeromynd is an audio engineer of 10+ years and also a die-hard BattleTech fan. Combine the two and you get this fun little project that will tickle your earbuds.

Thank you, xeromynd. This will replace my collection of old MP3s that were taken many, many moons ago, and were frankly never that great because I didn’t know jack about audio compression back then.

That’s it for July! Join me next time as we discuss what fresh hell awaits us in August. It’s sure to be a blast.

5 thoughts on “Your BattleTech News Roundup For July, 2020”