I normally start these news blasts with complaints about the weather or how everything that could have gone wrong in my new condo has, but instead I’m going to focus on the positives and pose a question to everyone. I’ve been replaying MechWarrior 5 now that I’ve got all the DLC, and it’s really made me fall back in love with perhaps my favorite bad ‘Mech, the Quickdraw. However, I’ve sort of accidentally made the Hunchback my signature ‘Mech thanks to the icon I end every article with. I certainly don’t hate the Hunchback, but I think it’s a little too effective for me. Amusing jank above showstopping power, as I always say.

My question to you: is the Hunchback forever the Sarna ‘Mech now or can I swap to a Quickdraw sometime without people getting too confused (or even noticing)? Maybe I’m just overthinking this. Anyway, on to the news for October.

Not sure when your birthday is, but hope this is to your liking. pic.twitter.com/VUijwBvvQU

Just in case you were wondering. I never had any doubt, since I’m sure humanity has evolved far beyond petty squabbles over gender identity in the 31st century, but we could certainly use a bit of that forward-thinking right now.

It’s rare to go a month or two without talking about Wolves, the fan-made MechAssault game in development from New Day Fiction. Wolves was recently featured in the VKMT Showcase, a YouTube community that nominally shows off Halo mods, but apparently, they let in Wolves simply due to MechAssault‘s adjacency to Halo on the original Xbox. The trailer is a lot of in-game footage of actual combat, real music that you’ll hear in the game, and even Wolves‘ first cinematic that shows the ending of MechAssault 2 from a totally new perspective (and largely redacted by ComStar).

This is a pretty big deal for Wolves. This showcase even had a few folks from 343 Industries showing off a mod called Digsite. And despite being a Halo mod showcase, the comments from the live chat replay are all universally positive, with Halo fans all demanding the return of MechAssault.

“It’s evident that the strategy of bringing in new players with MechAssault is working,” said New Day’s Pajama Boy. “I believe that using MechAssault to provide casual players with a laid-back social experience can help, even save the Mechwarrior IP. It’s an answer to a question we’ve been asking ourselves for a really long time.”

Pajama tells me he’ll be asking MechWarrior: Living Legends next time this showcase airs for a potential joint presentation. Oh, and Wolves is also releasing its soundtrack, so be sure to give it a listen if you like bangin’ tunes.

In our second instance of Duncan Fisher appearing in Sarna’s monthly newsletter, Duncan will appear in the upcoming MechWarrior 3 mod Solaris: Tranquil Games, a new single-player mod that finally brings Solaris to MechWarrior 3. Solaris has been a big part of the MechWarrior universe ever since MechWarrior 2: Mercenaries, where commanders would occasionally ignore their more militant trade for a while in order to become gladiators in the Solaris arenas. That’s been the case for every game that’s featured the “Mercenaries” subtitle until MechWarrior 5, but there’s still time for PGI to get a Solaris expansion out for the latest game.

MechWarrior 3‘s restricted narrative made it impossible for the player’s character to just stop their behind-the-lines commando raid of Smoke Jaguar’s occupied territory to go fight on Solaris, but that hasn’t stopped AncientxFreako from bringing Solaris to the planet Tranquil.

I reached out to AncientxFreako to get more details on Solaris: Tranquil, and it turns out that this is but one module of a larger upcoming MechWarrior 3 mod. Others will improve the enemy AI and instant action scenarios, while Solaris: Tranquil will focus on “arena-style free-for-alls.”. AncientxFreako described it sort of like how the NHL will put on the Winter Classic at famous locations, but for the BattleTech universe. Duncan Fisher explains the “Commando Cup” is a re-enactment of the commando-style raid during Operation Damocles, only instead of Smoke Jaguars fighting a single Eridani Light Horse MechWarrior it’s a whole bunch of Solaris gladiators sent out to Tranquil to blast the snot out of each other.

AncientxFreako also told me that the same group working on Solaris: Tranquil, called the MechWarrior 3 Community Project, is also hard at work remaking MechWarrior 3 in Unity. Called Unmech3, the project is reportedly “coming along very well,” with AncientxFreako toiling away since 2003. They’d love to hear more from the community and are especially helpful with getting MechWarrior 3 and the expansion of Pirate’s Moon to work on modern computer hardware. They also host multiplayer games on the weekends too.

You can find out more and receive up-to-the-minute updates by joining the MechWarrior 3 Community Project Discord here.

After the wildly successful Clan Invasion Kickstarter, Catalyst announced the Mercenaries expansion was on the way. Originally set to arrive Q4 2022, Catalyst had to delay the Kickstarter slightly due to the “overwhelming” success BattleTech has enjoyed following the Clan Invasion‘s release. Methinks they had so much trouble keeping up with demand for the Clan Invasion that Catalyst wants to ensure all their manufacturing ducks are in a row before it pulls the trigger on Mercenaries. 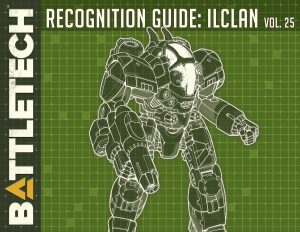 Hey, perfection takes time, and that’s fine by me. Mercenaries promises to add over 50 new designs, from ‘Mechs to tanks and VTOLs. Examples include the Demolisher, Galleon, and Maxim tanks, as well as the Goliath, Hermes II, and Rifleman IIC ‘Mechs. There are of course going to be lots more, and you can see a few of those new sculpts in previous months’ news blasts.

In other Catalyst news, we’ve got more ilClan Recongition Guides on the way! Covering the upcoming Mercenaries Kickstarter, Volume 25 will arrive Friday, October 28, while Volume 26 was confirmed to feature something I honestly can’t identify. Is that a new variant of the Avatar? A new and improved Daikyu? Or is it something we’ve never seen before? These two new volumes will be joined by six more (that’s eight total, bringing us to 32 volumes of ilClan Recognition Guides) which will be out by early next year. These new guides will include combat vehicles and battle armor too.

On top of that, Catalyst confirmed they will produce two printed versions of the Recognition Guides in 2023. The first will include all the “classic” designs that have been refitted for the ilClan era and is due early next year, while the second is scheduled for the middle of 2023 and will include all the new BattleMechs, new OmniMech variants, vehicles, and battle armors previous released in the Recognition Guides. 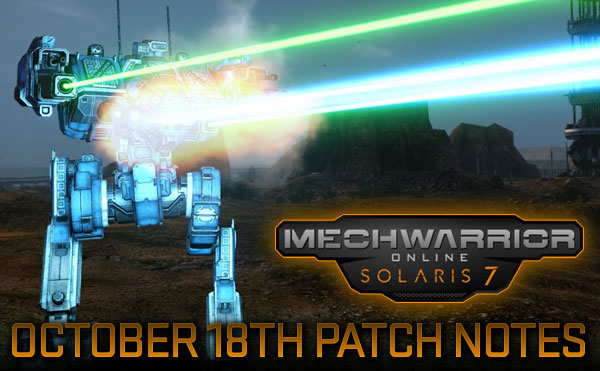 Those of you who don’t play MechWarrior Online might be wondering what the heck is a “Partyback.” It’s the Hunchback HBK-4P, where the “P” stands for “Party” thanks to all those medium lasers making it a walking rave. I did not coin this ‘Mech’s unofficial name, but I will publish it in Sarna to ensure it remains on the public record.

The Partyback is getting some ludicrous buffs, including a -5% heat quirk and an additional STD/ER or Pulse Medium Laser before suffering from dreaded ghost heat. This will hopefully make the HBK-4P a force to be reckoned with and worth picking up over the Hunchback IIC.

Meanwhile, the Osiris will enjoy quite a few new quirks over its assorted variants, with all of them receiving structure bonuses to the arms and most receiving fun new sensor, targeting, or consumable-enhancing quirks.

Snub-nose PPCs have once again been nerfed with a reduction in maximum range, and medium pulse lasers have had their range increased. For more, check out the patch notes on the official MechWarrior Online website.

The Battle Between Warhammer And BattleTech Described In A Single Image

That’s a cute little bolter you have there from battletech

I heard a little while ago that a bunch of Warhammer folks had converted to BattleTech in order to escape Games Workshop. I don’t have any statistics about this or anything, but I can at least welcome our new Warhammer converts with the gift of a Rifleman, as is BattleTech tradition.

Personally, I don’t think there’s really any way to reasonably argue for one universe over the other. Yes, BattleTech has big stompy robots, but so does Warhammer, plus all those weird psychic powers and demonic nonsense that just doesn’t clean my coolant tubes, if you catch my meaning. But hand me a neurohelmet and a Quickdraw with a busted ankle actuator and I’ll show you some real space magic.

R.I.P. to the man who created and wrote all the game dialogue for the character of “Duncan Fisher” for the Mechwarrior 4: Mercenaries video game Solaris Arenas.
It was an honor to help you flesh out the iconic character by providing the voice for the role. I’ll never forget you. https://t.co/0RUD5JRQZW

The last time we hear from George Ledoux today is unfortunately for a eulogy. Ferret Boudoin (born Eric Boudoin) died earlier this month due to complications from cancer surgery. Boudoin was perhaps best known as the lead designer for Fallout 76 and the Dragon Age series, but he was also one of the designers that worked on MechWarrior 4: Black Knight and Mercenaries. Although credited as a designer, Ledoux confirmed that he actually wrote every line of dialogue for Duncan Fisher in MW4: Mercenaries.

“It was an honor to help you flesh out the iconic character by providing the voice for the role,” wrote Ledoux on Twitter. “I’ll never forget you.” And neither should we.

Take a look at the #BattleTech events we are planning for 2023 https://t.co/hvD9TQIl41 and follow along as we add more events and details! pic.twitter.com/UnePAjIYaB

Are you in the Toronto area and not sure where to play some good old-fashioned tabletop BattleTech? The Focht’s News Network just updated its Facebook page with a bunch of events it’ll be attending for 2023. This includes Anime North’s Halloween Event on Friday followed by Toronto Comicon later in March. Both of those are in Toronto, but Focht’s News Network is also heading to Columbus Ohio in June for the Origins convention.

Did I shout out these folks for being near my hometown or for having a great name? Yes. Moving on.

Xbox Live Returns To OG Xbox Thanks To Fan Project 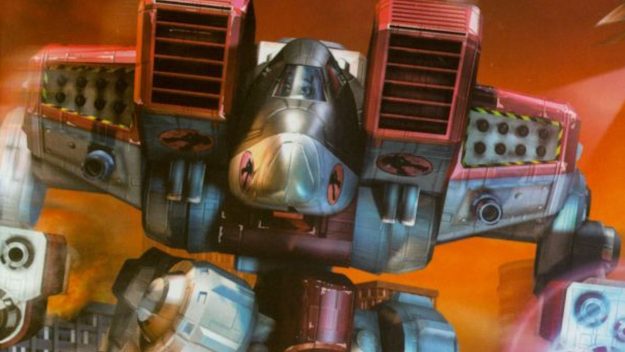 Back in 2010, Microsoft ended Xbox Live support for the original Xbox console. This meant games like Phantasy Star Online became entirely unplayable, but it also meant games like MechAssault lost their online multiplayer functionality. For over a decade, OG Xboxes have been unable to connect to one another to experience the pure joy of violent giant robots blasting each other with high-explosive ordinance. But that’s soon about to change.

Insignia is a fan-led initiative that essentially replaces Xbox Live’s servers with ones that are run by fans. This will reconnect all those old games and restore game modes that had been previously lost. Yes, that means multiplayer will soon return to MechAssault as well as Crimson Skies: High Road to Revenge, another beloved FASA title that never got the due it deserved. Insignia will launch with 17 games supported but the group plans to restore more games in the future.

The closed beta for Insignia begins November 15 with signups on the official site here. You’ll need an Xbox or an Xbox emulator like Xemu to join up.

That’s it for October! Join us next month for another roundup of all the BattleTech news that’s fit for human consumption.

24 thoughts on “Your BattleTech News Roundup For October, 2022”