The Fourth Skye Guards were a military unit in service to the Free Skye Movement during the second Skye Rebellion of 3056.

The Fourth Skye Guard regiment was formed in 3056 on the orders of Field Marshal Richard Steiner of the Skye March, who chose to support Duke Ryan Steiner, Duke of Porrima and leader of the Free Skye Movement in his revolt against the Federated Commonwealth government (and Archon-Prince Victor Steiner-Davion in particular) in early 3056. The unit would be made up of Free Skye loyalists from the 4th and 10th Skye Rangers. Indeed, all the 'Mechs of the Tenth were employed, while the Guards' conventional forces were drawn from the Fourth. This new unit would strike at what the Free Skye leadership viewed as the sole point of "Davion opposition" in the Isle, the planet Glengarry, home of the famed Gray Death Legion mercenary unit. [1]

General-Kommandant Wilhelm von Bulow, one of Duke Richard's closest supporters, was chosen to command the operation. Von Bulow selected Hauptmann-General Leonidas Brannock, an officer on the Duke's staff, to command the new ad hoc unit. [2] With Richard Steiner's redistribution of "pro-Davion" troops, Glengarry and the Legion were now considered a major lynchpin in the Free Skye movement's plans. [1] 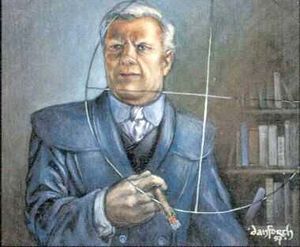 The Free Skye forces arrived in the Glengarry system on April 1, 3056. [3] Although they faced almost immediate opposition from Gray Death Aerospace assets, they quickly secured the jump point. Glengarry's Governor-General, Roger DeVries, attempted to take matters into his own hands by arresting the Legion's on-planet command staff and contacting von Bulow to assure Glengarry's neutrality. [3] [4] [5] Fortunately for the mercenaries, the Legion's cadets managed to rescue their commanding officers, sending DeVries and his supporters into hiding. [3] [6] [7]

At von Bulow's command, they initiated Operation Trident, a plan of attack that called for the Skye Guards to divide their troops, conducting their landings in separate locations that would theoretically saturate and eventually overwhelm the defending Legion, which was out-numbered nearly three-to-one, with the Legion's second battalion away defending the Clan border. [8]

The Guards' first landing, as ordered by von Bulow, was at the spaceport of the capital city of Dunkeld, led by elements of the Guards' first battalion. The Legion successfully ambushed to Guards, though Alexander Carlyle's plan called for the blowing up of one of their own DropShips in the process. The explosion took out much of the Free Skye troops and gave the Legion the first victory of the campaign. [9] [10] [11]

The next landing came at the backwater of Loch Sheol. Here, Carlyle was able to respond quickly by using flatbeds on maglev train lines to move his forces around. [12] [13] Von Bulow expressly forbade his forces from destroying the train lines, knowing that Free Skye would need them after the planet was taken. [14] With Legion recon lances providing excellent intelligence, the Gray Death forces were able to surround the DropShip before most of the Free Skye forces even disembarked, forcing them to surrender. [12] [13] [15]

Immediately after the failed landing at Loch Sheol, Hauptmann-General Leonidas Brannock commanded the next landing at Coltbridge, where he would engage elements of the Legion under the command of Major Davis McCall. [3] [16] [17] [18] Brannock quickly realized that the Legion's lighter 'Mechs could not stand up to the heavy and assault machines of the Skye Guards, and that McCall's own Highlander represented the lynchpin of their defense. Charging his command lance forward, Brannock hoped to eliminate or at least neutralize MCCall long enough to provide his Aerospace Fighters with the cover to make a bombing run. [19] Brannock was able to briefly take McCall out of the fight when a laser blast struck McCall's cockpit, knocking him unconscious. [20] Davis Carlyle Clay managed to prevent Brannock from finishing McCall off, placing himself and his Griffin in serious danger. [21] This not only gave McCall time to recover, but it allowed Alex Carlyle to arrive with the Legions' reinforcements. Believing he had fallen into a trap, Brannock ordered his forces to pull back and regroup before re-engaging. [22] The fighting was very heavy with Brannock constantly regrouping his 'mechs and attacking the suddenly resurgent Legionnaires. In the end, it was futile, as Brannock and his troops were forced to withdraw to their DropShips. [23] Despite being forced to retreat, Brannock had inflicted serious damage on the Legion at Coltbridge, depriving the mercenaries of the strength to fully contest future landings. [16] Nevertheless, Brannock was furious with having been beaten, and it would color his thinking for the rest of the conflict. [2] 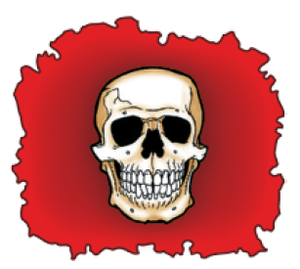 Meanwhile, an even larger Skye Guard force was attempting a landing near the remote mining town of Halidon. Though a company of Legion 'mechs and supporting units attmepted to stop them, the Legion forces were driven off. With control of a critical pass in the Monaghan Highlands, the Skye Guards finally had a secure landing zone, and could now bring their full-strength to bare on the mercenaries. [24] [25] [26] Brannock would set up his headquarters at Halidon, while the Guards pursued the Legion. [27] The Legion made a stand at Ryco Pass, where they again made the Free Skye forces pay for every inch. Though they drove off their pursuers, losses to the Legion (including Davis Clay) were so heavy that they were forced to begin a campaign of guerilla warfare. [27] [28] Shortly thereafter, von Bulow transferred his headquarters to the planet's surface. [27]

In late September, the Legion's second battalion finally arrived, having made the long journey from Borghese. Although they lost a Union-class DropShip and all its BattleMechs while running the Free Skye blockade, Major Hassan Ali Khaled and most of his Assassins arrived to reinforce the beleaguered remains of the first battalion. [3] [29] Carlye soon deployed Hassan in one of their boldest actions of the campaign in late October, with Hassan acting as a rear guard and drawing the Guards into a trap in Lochaber Forest. Sacrificing a crippled DropShip, the Legion triggered an explosion that took out an entire BattleMech company. [30] In late November, with the assistance of long-time Legionnaire Charles Bear, the mercenaries ambushed a pursuing column of Skye Guards in Killiecrankie Pass. [31] This was immediately followed by a strike against a second column at Inverurie that gave the Legion all the breathing room it needed. [27] [32] Although the Skye Guards still controlled the capital city of Dunkeld and other areas, they no longer had the forces needed to pursue the Legion into the Glencoe Highlands. [27]

For nearly the entire campaign, von Bulow continued to send JumpShips back to Skye, requesting reinforcements. When additional forces were not provided, his frustration grew, and he often took it out on his subordinates, including General Brannock. This added pressure had a serious effect on the morale of the Skye Guards' officers. [27] [2]

On November 30, a flotilla of JumpShips emerged at Glengarry's jump point. Von Bulow initially believed relief from Skye had finally arrived, only to find that Colonel Grayson Carlyle had at last returned with several regiments of the Northwind Highlanders as a relief force. Exhausted and facing overwhelming opposition with no support, the Free Skye forces quickly folded. [27] [3] [33] With the failure of the attack on Glengarry and the assassination of Ryan Steiner on Solaris, the rebellion quickly lost momentum. Katherine Steiner-Davion was able to broker a peace, and Richard Steiner was reassigned. [34] The Tenth Skye Rangers were eventually rebuilt as a Lyran Alliance "sink" unit for malcontents and incompetent officers. [35]

Though Hauptmann-General Leonidas Brannock was the Fourth Skye Guards' commanding officer, Kommandant-General Wilhelm von Bulow had overall command of the operation.[2] Von Bulow often personally transmitted orders to the Guards' units during the campaign, as opposed to following a strict chain of command.

The Fourth Skye Guards were composed of a single BattleMech regiment, with 'Mechs, officers and warriors drawn primarily from the Tenth Skye Rangers, and an unknown number of conventional regiments drawn primarily from the Fourth Skye Rangers. [1] Although both of its "parent units" were highly regarded for their ability at the time, the rushed reorganization of the units seemed to reduce their overall ability somewhat in the short-term, as they were only given a regular unit rating at the time of the Glengarry campaign. [2] The Fourth Skye Guards' equipment was top-rate, however, and featured examples of some of some of the newest BattleMechs in production by the Federated Commonwealth at the time. [36] Their attached Aerospace assets included the First New Glasgow Aerospace Squadron. [37]

The Fourth Skye Guards, as listed in Historical Turning Points: Glengarry, inherited a number of abilities from the Skye Rangers : No opponent may Force the Initiative against the Skye Guards unless more than half their original force is disabled or destroyed. Also, any Skye Guard force composed of more than 50 percent assault 'Mechs receives a +1 initiative bonus for as long as none of those assault 'Mechs are taken out of action. [2]