Absalom Truscott was the founding Khan of Clan Star Adder, a consummate warrior and leader with a long history as aide to General Aleksandr Kerensky. He commanded a great deal of respect from other high-ranking officers, but also much of their envy and jealousy.[3] Khan Absalom Truscott would be the primary architect of the campaign to retake the Pentagon Worlds. His meticulous planning allowed his Clan to survive the brutal fighting on Arcadia (as well as thrive in the era afterward) even though the battle would claim his life.

The Truscott family had a very long and distinguished history of service to the Star League, dating back hundreds of years. Born into a large immediate family with six other siblings, Absalom Truscott would follow the well-trodden path blazed by his predecessors. After the Amaris Crisis broke, his older brother and sister would never be heard from again, both being on Terra when First Lord Richard Cameron was assassinated and control of the Terran Hegemony seized by the Usurper.[1]

Young Absalom and the surviving Truscott children would stay with their mother, she being a director of Star League Department of Administration, while their father - a brigade commander - would fight in the Rim Worlds Republic with the 146th Royal BattleMech Division. When the drive to retake the Hegemony began, Absalom would stay with his father, working as an Astech and soon becoming a full technician, as well as a communications specialist. Once he was old enough to begin military training he would volunteer for as many different duties as possible, learning as much as he could from each posting. A bright and inquisitive young man, he would retain a lifelong love of reading which included (but was not limited to) the many journals and treatises of various Truscott family Generals and other leaders.[1]

Continuing another Truscott family tradition, he would have a large family of his own. It is noted that Khan Truscott had five children at some point, though whether or not all of his children were born naturally, or some to the nascent Clan eugenics program is not clear. Certainly, the mother of these children is not documented. Three of these five children would become Star Adder warriors. One of them, Clancy Truscott (His noted blood son), would eventually become the third Khan of the Clan in 2837.[1][4]

Absalom Truscott graduated military training at the top of his class, earning a slot as a MechWarrior in time to participate in the final stages of the campaign to oust the Usurper. He joined the 14th Royal CAAN Marine Regiment, a unit initially formed by his great-grandfather, General Damian Truscott. His regiment would be destroyed during the initial landings on Terra, but young Lieutenant Truscott was reassigned to General Kerensky's command staff. First working with intelligence before moving on to operations staff, he would next become the aide and bodyguard of General Aleksandr Kerensky. In this role he would be a part of many battles, including the liberation of Moscow. He became like an older brother to the young brothers Kerensky (along with Jerome Winson), instructing Nicholas Kerensky in a few advanced techniques of 'Mech piloting. Truscott cultivated a strong friendship with the Founder, and in the process secured his future.[1][5] 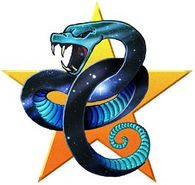 Exodus and Founding a Clan[edit]

Leaving the Inner Sphere with the SLDF during Operation Exodus, Absalom Truscott would continue his rise through the ranks. After the drawdown of military forces during the colonization of the Pentagon Worlds, he was selected for promotion to General and placed in command of the 149th BattleMech Division in 2788. During the rebellion of the Pentagon and after the death of Aleksandr Kerensky, he would be one of the only division commanders to support Nicholas Kerensky for leadership of the Star League-in-exile. He soon followed Kerensky into exile on Strana Mechty. There, Truscott was rewarded for his loyalty by being given command of the 146th Royal BattleMech Division, which he would then combine with the remnants of his old 149th to form a complete division.[5]

When Nicholas Kerensky unveiled his plans to form his warriors into twenty Clans in 2807, he selected Absalom Truscott to be one of the first Khans. Khan Truscott would be allowed to select his warriors himself[6] from the 800 who had accompanied Kerensky into exile, so great was the trust that the ilKhan had in his longtime friend and mentor. Truscott chose First Sergeant Devon LeFabre - the highest-ranking enlisted person, master technician as well as a natural leader - to be his saKhan. This move would cause some of the other Khans to complain, but the ilKhan would have faith in Truscott's choice, especially after LeFabre tested successfully to become a MechWarrior.[5]

The two Khans worked together constantly for several years, training their Clan to fight and drilling into them a great many battle plans that would become second nature to the troops. Indeed, his Clan would forever retain this methodical approach to military preparations, something that always set them apart from the rest of the Clans. His goal was to instill the spirit of military tradition within his Clan, both in fighting and esprit de corps. Teamwork and strategy would become paramount, as opposed to blind faith in doctrine or dogmatic belief. This intensive training and attention to detail would one day save his entire Clan from destruction.[5][7]

After the new Clans had all been combat certified, agitation to reclaim the Pentagon Worlds increased sharply. Khan Truscott understood that before this great undertaking could begin in earnest, intelligence would have to be gleaned regarding the state of affairs on the five rebellious worlds. The mission that he planned would have yet another purpose, however incidental; it would buy time for the fledgling Clans to develop necessary logistical support structures to enable a campaign of this magnitude. In 2817, Operation: Sable Sun was launched.[8]

Ilkhan Kerensky would assign Khan Stephen McKenna of Clan Snow Raven and saKhan Rafe Kardaan of Clan Cloud Cobra, both of whom were former Star League Admirals, to Truscott's intelligence gathering team,[9] along with fairly significant naval resources from all three Clans. During the next few years, teams would infiltrate the space above each of the five worlds, lying low and gathering intelligence through intercepted communications and careful observation. They would determine the strength and disposition of the powers on each planet - within limits - identifying most but not all of the oppositional forces. Khan Truscott would use this information and time to formulate the main battle plan of the upcoming operation, one whose name he would borrow from the pages of history.[10]

No plan, no matter how well conceived, survives contact with the enemy. Clan Star Adder's landings on Arcadia during the opening of Operation Klondike were no exception to this maxim. Khan Truscott took command of all preparations for the drop onto the rebellious world, something that would especially infuriate the Khans of Clan Ghost Bear, who accused him of attempting to micromanage the invasion. Khan Ellie Kinnison of Clan Steel Viper would likewise be rankled by his superior attitude and the cautious nature of his plans, but would still carry it out, though in her own way.[11][7]

Dropping onto the planet on 2 July 2821, the Star Adders had to fight before they ever touched the ground. Aerospace Fighter squadrons harassed and damaged their DropShips, being driven off by the Adder Aerofighters at great cost, and without support from the Ghost Bears who had diverted to a different location than originally planned.[12]

Once on the ground, the full extent of the situation was realized. Just days before the invasion, forces from the Ilkasur Shogunate had moved into the Aeschel Plateau region to ambush a large force and supply train belonging to and headed for the Nation of Hastur. Surrounded by a full regiment of BattleMechs and Armor with plenty of supporting infantry and other mixed enemy forces, the Star Adders fought using their DropShips as an umbrella of support fire while Khan Truscott's aerospace fighters continued to fend off the enemy's aerospace forces. After a lengthy game of cat-and-mouse between attackers and defenders, the Shogunate forces concentrated on the DropShips forcing the Adders into a strong reaction. Attacking with a two pronged force, the Star Adders' saKhan Devon LeFabre led the bulk of their forces against the strongest enemy positions, while Khan Truscott led a single Binary to defend his flanks. Breaking the enemy lines with precise fire, the Shogunate forces would fall into an orderly retreat when their supplies ran low.[2][13]

The damage to the Star Adder force was severe: Two DropShips had been destroyed and half their 'Mechs likewise destroyed or disabled. Nine warriors had died in the fighting, nearly a quarter of their original number. Among the dead was Khan Absalom Truscott, having directed the battle on foot, using a handheld radio after the crippling of his Highlander by Shogunate forces. A stray shot from the battle would end his life, but his Clan lived to fight again.[2]

As the founder of Clan Star Adder, Khan Truscott would impart to his forces his tendency towards cautious and methodical planning. The Star Adders would ever be known for their focus on strategy over tactics. His many, many battle plans saved his Clan from destruction after his death, and continue to be used to this day by his warriors who recognize the timelessness of their design and applications. The Star Adder tendency toward cautious planning would end up keeping them out of Operation Revival - but prepared them for dominance within the Clan Homeworlds in the era afterwards.

The founder of the Truscott Bloodname House, his genetic heritage produces generation after generation of skilled MechWarriors and leaders of his Clan.[14]