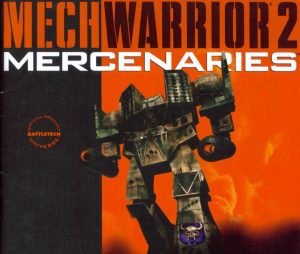 The oldest daughter of George Hasek II, she grew up in the court of New Syrtis in a toxic atmosphere that suggested that her father's assassination was carried out at the command of the royalty on New Avalon. This idea would seep into her subconscious and she would always distrust the Davion rulers of the Federated Suns. Even spending her teenage years on New Avalon was not enough to deter her hatred for those who sat on the throne.[1]

When Angela Hasek died in 3100, Amanda inherited control over the Capellan March. She began trying to figure out a way to assert the March's independence from the throne in a manner that even the First Prince could not object. When her sister Isabella married First Prince Harrison Davion, she had to restrain her ambitions though she still strived to rebuild the glory of the Hasek name. The Victoria War resulted in many great prizes for the Duchess, though she was reprimanded by Harrison for the number of worlds that she lost; this increased her resentment of the throne.[1]

When Julian Davion became the Prince's Champion, Amanda took it as a personal project to groom him as a rival to Harrison's son Caleb. She hoped that he would take the throne for himself over the rest of the ruling family.[1] Eventually she saw Julian take the place of Caleb as First Prince but she did not live to enjoy her success. Daoshen Liao never forget Amanda for the Victoria War. In 3144, after the Palmyra disaster, when the Federated Suns are leaderless and in disarray, launched a triple assault against the Suns, and one of the targets was New Syrtis. Once in planet, a team of Death Commandos infiltrated in Hasek place in Saso, attaining Amanda's bedchambers without being detected. Despite the fact than the alarm sounded, the Commandos managed to escape with their prey, detonating explosive charges, collapsing part of the palace.[2]

Daoshen soon arrived on planet and presided a didiculous trial over the Duchess, rendering her guilty. She was publicly executed in the central square of Saso.[3] Her son Alexander took his place as Duke, while was on the run, leading a guerrila war against the capellan forces in other planets of the March.[4] The Capellan occupation lasted two years, until Julian Davion retook the planet as part of Operation CERBERUS.[5]

She would marry a minor noble from Wernke and together they continued on the Hasek family line with two children, Alexander and Kym.[1]