Archon of the Lyran Commonwealth 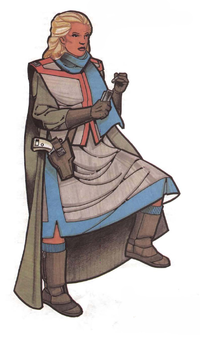 The Archon is the ruler and leader of the Lyran Commonwealth. House Steiner holds a firm grasp upon the office, which currently resembles a constitutional monarchy. The heir apparent, usually the eldest child or closest relative of the current Archon, is named Archon-Designate.

The position is open to both sexes and the Archon is the commander in chief of the Lyran Commonwealth Armed Forces and head of state holding full authority to make any and all decisions relating to domestic and foreign policy. Most, but not all, Archons-Designate have served in the Lyran military. Most Archons of House Steiner have traditionally been rather liberal rulers, granting the people the right of assembly, freedom of speech, and freedom of the press. Indeed, the rare occasions in which these rights have been suspended have led to major internal political crisis.

A new Archon has to be formally confirmed by the Estates General, which was originally created in 2376 by Robert Marsden as a means to legitimize his coup d'état. From its humble beginning as a rubberstamp organization, the Estates General has slowly acquired a considerable degree of political influence in determining a new Archon. At least in theory, the powers of the Archon are limited by the Estates General which can de jure depose a ruling Archon and chose a suitable replacement. This was done only once in 3007 when the Estates General successfully passed a no-confidence resolution upon the unpopular and reckless Alessandro Steiner, paving the way for his niece Katrina.[1] Such an act is never taken lightly; it will obviously cause a major constitutional crisis which may even lead to a full-fledged civil war. Realistically, the deciding factor will be the allegiance of the officers of the Lyran Commonwealth Armed Forces whose loyalty will tested to the utmost.