Barbara Sennet was a saKhan of Clan Diamond Shark during the Clan Invasion, later becoming senior Khan who drove the Diamond Sharks to seek increasing markets in the Inner Sphere.

Coming from a strong line of strategic thinkers and long-term planners, Sennet made her name shortly after attaining the rank of Star Colonel in a series of highly successful military actions against Clan Smoke Jaguar in conjunction with an aggressive Diamond Shark merchant campaign. The new ristar had risen to command of the Sharks' Gamma Galaxy as well as establishing ties with high-ranking Merchant Caste members. When saKhan Kaija Horn was seriously injured during the Trials to determine who would take part in Operation Revival, Warden leaning Sennet was the obvious choice for those among the Sharks' Warrior Caste who wished to balance out the Crusader Khan Ian Hawker.[1]

Though both Khans focused on seeking ways to turn their reserve status to their Clan's advantage, while Khan Hawker focused on a military and political alliance with Clan Jade Falcon Khan Elias Crichell, Sennet set about initiating a foothold for the Sharks' Merchant Caste to sell supplies to the Invading Clans in the Inner Sphere, first failing to interest their front-line Clusters but finding success with the second-line garrison troops. Earning considerable profit, increasing anger from Falcon warrior Mar Helmer and ilKhan Leo Showers at the Sharks' actions triggered a narrowly avoided Trial of Annihilation against her Clan, forcing Sennet to scale back her plans as the Shark merchant fleet was banished from the Inner Sphere. After Leo Showers' death at Radstadt, despite the Diamond Sharks' support of the selection of Clan Wolf's Ulric Kerensky in the hopes he would favor them were dashed, Sennet's persistence finally convinced him to allow them to rescind Showers' ban as well as allowing her Clan a Trial of Possession against Clan Ghost Bear for a staging world, ultimately winning Nyserta as their base of operations in the Inner Sphere.[1]

Sennet's plans to further expand the Sharks' merchant operations were dashed when Ulric met Precentor Martial of ComStar Anastasius Focht and the ilKhan announced the proxy battle for Terra on Tukayyid. Among the forces bid by the Sharks during the Battle of Tukayyid, her Clan's extreme lack of experience against Inner Sphere tactics would prove disastrous and Barbara Sennet was among those forces surrounded by the Com Guards in the Kozice Valley. While Khan Hawker would order a fruitless frontal assault to break the circle, Sennet ordered the reserve Freebirth 3rd Shark Regulars who would ultimately succeed at the cost of their lives, honoring their sacrifice with the promise of a place in the Sharks' Remembrance. [1] [2] [3] [4] [5] [6] 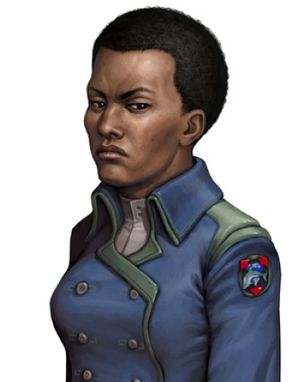 Jihad and the Wars of Reaving[edit]

On the 11th of May 3080 Star Admiral Naomi Nagasawa succeeded Sennet as Khan of the Diamond Sharks, Sennet having stepped down from the position.[7] Nagasawa had already defeated Ian Hawker to become Khan after Sennet retired. Sennet joined the merchant caste after retiring, and was appointed to the rank of Master Merchant.[8]