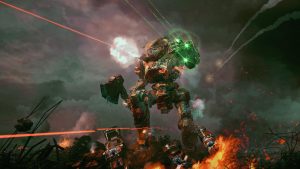 The Botany Bay - was an ancient Gazelle-class DropShip operated by a group of warriors of Clan Wolf Watch, as part of the failed Operation Spatha, part of the Wolf Operation DAMOCLES II.

The Botany Bay was an old DropShip in service in the Clan Homeworlds in the 31th century. In 3071 was located and purchased by Dark Caste members. A faction of the Caste, lead by Satinka the Zimnyaya Ledi Winter Lady, located it and a shell-guild of hers was used to buy the ship. The Winter Lady was associated with Garmen Kerensky, an old friend of hers and sent by Khan Vlad Ward to discover the secret of Operation Spatha: to board the WarShip McKenna's Pride and steal Aleksandr Kerensky's body.[1] The Wolf and Dark Caste pair purchased it in Strana Mechty, renamed the DropShip Botany Bay and spent two months making it spaceworthy. They recruited members of the guild to crew it, and once repaired and staffed, the Bay performed several cargo runs for the Red Willows Guild, to test both ship and crew. In December of 3071, the DropShip was ready.

On the 3rd of December, Operation Spatha was launched. The Botany Bay was docked in the laborer droport of Katyusha City while a point of Elementals, lead by Point Commander Marsali, watched over the ship.[2] Operation Spatha appeared to be falling apart before it began when Garmen Kerensky's main assault force trucks were delayed by the fighting in the city. When Clan Wolf launched Operation Kopis to claim or destroy all Kerenskys' legacies, several Clans began fighting the Wolves. The city was in chaos and Garmen's men were delayed for hours. Before Garmen was able to reach the dropship, several fights had broken out in the dropport and at least one mob rushed a nearby DropShip to the Botany Bay. Marsali's men chose to close themselves into their ship, but an Aerospace fighter attack destroyed four DropShips, including the Bay. The Home Clans had stopped Operation Spatha without even knowing of its existence. Garmen's group arrived an hour later, and found the DropShip destroyed with no survivors.[3] The Clan Wolf members were forced to delay the operation, only succeeding in five years later.[4]