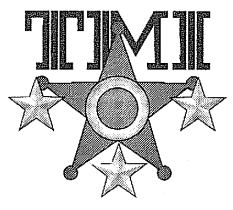 The Concordat Constabulary is the main internal security force for the Taurian Concordat. Normally under the authority of the Ministry of Interior as a branch of the Taurian Ministry of Intelligence during times of peace, the Constabulary maintains civil order on Concordat worlds and guards against foreign infiltrators.[1][2] As the most well-funded and pervasive department of the TMI, the Constabulary is concerned not only with rooting out foreign agents from within the government and military, but from civilian groups as well such as important business interests. At the same time, such a mission clashes against the egalitarian nature of Concordat society, and so the Constabulary performs double-duty as an internal affairs department. This desire to maintain citizens' rights has hamstrung the Constabulary from performing its designated role and even left the TMI open to infiltration itself (during a two-month period in 3067, a double-agent working for the Maskirovka was able to help uncover a dozen other foreign agents).[1]

While the prosecution of most crimes in the Concordat is generally in the hands of local police forces, the Constabulary for most of its history has provides assistance and coordination when necessary. This changed somewhat during the administration of Grover Shraplen, when the Concordat Constabulary evolved somewhat from its paramilitary origins into more of a cohesive, national police force[3]

During times of war, Taurian planets placed under martial law fall under the control of the Constabulary, which can also be mobilized and fight as part of the Taurian Defense Force.[2][4][5] As a fighting force, the Constabulary on each Taurian world can generally muster between two to six battalions of troops, generally 600 strong each, as well as a company of armor, usually stationed at that world's capital. Those worlds outside the Hyades Cluster will also include a 125-strong company of engineers to maintain planetary defenses and fortifications.[4] The battlefield training that Constabulary troops receive though is primarily around irregular warfare, including training and organizing the local citizenry to resist foreign invasion. Thus a true counting of their numbers is difficult, as their ability to turn an average citizen into a guerrilla fighter can easily swell their ranks.[6][7]