Devon LeFabre was the first saKhan of Clan Star Adder. From his early career as a tech and enlisted man, he would become the second Khan of the Star Adders after the death of Khan Absalom Truscott in battle during Operation Klondike. Said to be a direct and plainspoken everyman with an easy air about him,[2] his leadership would prove critical to the survival and success of his Clan in their early years.

Born at the height of General Aleksandr Kerensky's drive to retake the Amaris-occupied Terran Hegemony, Devon LeFabre's mother was from the Lyran Commonwealth while his father was from the Rim Worlds Republic. He would accompany them both into the Deep Periphery during the Exodus. Graduating among the first enlistee class after the Exodus, LeFabre was noted for not only his tech skills, but also his 'Mech piloting ability. Originally assigned to the 342nd Royal BattleMech Division, his managerial skills and natural leadership instincts would soon gain him the notice of his superiors. Later transferred to Nicholas Kerensky's own 146th Royal BattleMech Division, he would rise to the rank of First Sergeant by the time of the Second Exodus.[1] 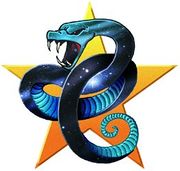 A few years into the exile to Strana Mechty, Nicholas Kerensky announced his plan to reorganize the Regular Army into 20 Clans. General Absalom Truscott was chosen to be the founding Khan of Clan Star Adder. As a close friend and mentor of Nicholas, Truscott would be the only Khan allowed to select his own 40 warriors from the 800 available. His choice for the position of saKhan was Devon LeFabre, whom he valued for his natural leadership abilities. Several Khans of other Clans would object to his choice of an enlisted man for this position, but after LeFabre tested successfully to become a MechWarrior, his critics were silenced.[1][3]

SaKhan LeFabre would work closely with his Khan, training their Clan to fight as a unit and instilling their warriors with the spirit of military tradition instead of dogmatic ideology. Strategic planning, teamwork, and esprit de corps would be the ideals that they would work towards. Blind faith in doctrine would be left to the other Clans. Careful preparations like these would serve the Star Adders well. It would save them from complete destruction during the campaign to reclaim the Pentagon Worlds.[1][4][5]

Their plans would be tested to the breaking point right from the start. The Khans of Clan Ghost Bear took great offense to Khan Truscott's detailed planning, as well as his status as overall commander of Clan forces on Arcadia, accusing him of attempting to micromanage the entire campaign. They would see little cooperation from most Clans on planet, though some would roughly stick to the plan.[5][6]

The drop onto the Aeschel Plateau was disastrous. Harried by a strong aerospace fighter presence, their DropShips were damaged and had no chance to divert. On the ground there was a large force from two primary factions (The Nation of Hastur and the Ilkasur Shogunate)who had planned to engage one another prior to the attack by the Clans. Over a regiment of BattleMechs and Armor greeted them out of the gate. The Adders survived this first test of their abilities alone, using their DropShips to provide cover fire. The enemy realized what was happening and focused on eliminating this supporting fire. Their way off planet now in danger, the Adders divided their force into a two prong attack, with saKhan LeFabre leading the bulk of their troops in an all-out assault against the main enemy line. Khan Truscott lead a single Binary of 'Mechs supporting the main column and protecting his saKhan's flanks. The enemy lines wavered and broke, falling back in an orderly fashion after supplies ran low.[5][7]

The Star Adders lost many machines during the fight, with nine of their warriors dying in the battle. Among them was Khan Truscott, who had directed the fight on foot after his 'Mech was downed, coordinating maneuvers until a stray shot from the battle killed him.[7]

The retreating Shogunate forces would be cut off by forces of Clan Blood Spirit and Clan Steel Viper, with a small detachment of Adders closing in from behind. Soon, the column would be no more.[6]

After a few hours to mourn the dead - and for their techs to hastily make repairs to their machines - the Adders would be on the move again. The loss of Khan Truscott was huge, but not insurmountable. Newly elevated Khan Devon LeFabre would glean intelligence from captured Shogunate soldiers about the disposition of forces for the Nation of Hastur. He would try to warn the Ghost Bears, but this would be largely ignored. Later Khans Tseng and Jorgensson would accuse him of purposefully holding on to this information until it was too late for the Ghost Bears to use it. Khan LeFabre would act on this intelligence to strike quickly to secure the supplies that were headed for the Hastur's capital city, Cyaegha, netting much-needed supplies by depriving their enemy of them. Star Captain Kensington Talasko, under orders from his new Khan, led their only functioning Trinary in the seizure of the convoy. They would also capture five outlying Hastur outposts along with two Ilkasur Shogunate outposts and many more prisoners, before turning to push towards Cyaegha to meet the Ghost Bears.[6]

Along the way, the Star Adders would capture the outer frontier capital of Hastur, a small city called Nyogtha. This settlement would be renamed Kerensky's Dream and would remain the nominal capital of Star Adder operations on Arcadia. The Adders would have good relations with their newly conquered people after publicly punishing and/or executing the corrupt Hastur officials, and elevating the opposition leaders whom the Hasturs had pointed out to be civilian liaisons. The Adders would begin inducting many of the captured soldiers into their ranks at this time, in order to replace the huge losses taken in battle.[8]

Arcadia: Dealing with the Bear[edit]

As stated, tensions between the Star Adders and Ghost Bears ran high from the start. These tensions would lead to many instances of friendly fire, and sometimes open fighting between the two Clans. The Ghost Bears sought to be the leaders of the campaign and refused to share comm frequencies and information with the other Clans, while the Star Adders would often bait the Bears into fights, giving as good as they got. One incident led to the destruction of a Ghost Bear 'Mech. All incidents were reported to the ilKhan, each seeking to place blame on their erstwhile counterpart. Before the situation could escalate out of control, Khan Colleen Schmitt of Clan Blood Spirit intervened. She tricked Khans LeFabre and Tseng into meeting face-to-face, and after warning them that the ilKhan would likely punish both Clans for being disruptions to the campaign, got them both to agree to end their incessant fighting. Both Khans would inform Kerensky that they had come to a mutual understanding. Though there would be more incidents of accidental friendly fire between the two, the constant bickering would cease.[5][9]

The Ravisham Collective was located north and east of the Nation of Hastur and the Ilkasur Shogunate. Initially, it was to be assaulted by both the Star Adders and the Ghost Bears. But with the Bears still engaged in a lengthy campaign, the Adders moved to take the target themselves. Khan LeFabre would grant first strike honors to now-Star Colonel Talasko against the town of Yprili. Bypassing major ground defenses with an orbital drop, Talasko would lead a Binary in destroying the garrison and defenses from behind. Clearing the way for the rest of the Clan to advance on the capital of Toomin, another orbital drop with DropShip fire support would give the Adders victory. Fighting off waves of suicide attacks led by the Collective's secret police that were mostly ineffectual - though two Adder 'Mechs were downed by traps after being knocked off balance - the Adders would achieve victory in a few short weeks. But over a year would pass before the last resistance was crushed in the surrounding mountains.[10][11]

Landing in the southern reaches of the last continent to be subdued, the Star Adders and Ghost Bears would assault the city-states of Garrak and Korban. After gaining their foothold on the continent, the Adders would march north to take on the Dragon's Republic. Fortified inside a huge Brian Cache, their government and leaders sought to hold out for as long as they would need to inside their invincible fortress. They did not count on the resolve or resources of their enemy, however. Possessing the original plans to the complex, Khan LeFabre and the Adders would go to work breaching it using Truscott's original plan. After weeks of utilizing concentrated weapons fire, mining equipment and the careful use of atomic demolitions (an idea inspired by the use of such things against the Usurper's fortified troops) to simultaneously open up the fortress and wear down the will of the residents inside the walls, the fortress fell, revealing a leadership that had already committed suicide. In the meantime, the bulk of the Adders' forces swept up the rest of the Republic easily. With this victory ended the Arcadia campaign, only nine days after the schedule originally set by Khan Truscott.[12][13]

After the end of Operation Klondike, Khan LeFabre would begin a large-scale conscription effort to increase their ranks and fill gaps left by the intense fighting. Stringent testing would weed out those unsuited for the warrior caste, but soon, an influx of trained troops would help to inflate their Touman. Though the Clan would experience many of the difficulties of incorporating so many people into their new society, rebellion was put down quickly by Khan LeFabre and newly elected saKhan Talasko, fully understanding the threat to their unity and its consequences if left unchecked. When the Not-Named Clan rebelled against the Grand Council in 2823, declaring themselves independent, the Khans of Clan Star Adder would be among the first to support Clan Wolf's demand for Annihilation.[14][15]

Into the Golden Century[edit]

Khan LeFabre would also put into motion plans that Khan Truscott and he had made regarding colonization efforts in the Kerensky Cluster, expanding slowly but methodically to the edges of Clan space, exploiting the wealth of resources to be found on their new colony worlds. This growth would not go unnoticed, but Khan LeFabre would at least not have to be the one to deal with the backlash. His reign would end in 2837 with the election of Clancy Truscott, Absalom Truscott's son, to the position of Khan of Clan Star Adder.[16]

Taking the reins of power at what was the most critical time in his Clan's history, Devon LeFabre held his warriors together and made the most of their situation in Operation Klondike. His expansion of their Touman by inducting worthy warriors into his Clan's warrior caste would not only help to bolster available forces, it would ease transition of most of the Arcadian populace. As founder of the LeFabre Bloodname House, Devon LeFabre's genetic legacy has produced generations of MechWarriors and officers in his Clan's ranks.[14][17]