The Dragoon Compromise was a response proposed by Clan Wolf in reaction to the growing agitation by certain elements of Clan society to invade the Inner Sphere.[1][2]

After the Exodus and subsequent founding of the Clans, the words of Aleksandr and Nicholas Kerensky began to take on religious significance to those who had followed them into exile. Of primary importance was Aleksandr Kerensky's Hidden Hope Doctrine, which set forth the goals of the Star League-in-Exile. Of no less importance were the words of his son, Nicholas Kerensky, passages that promised his faithful followers that after three generations, the Clans would be able to return to the Inner Sphere to reestablish the Star League, guiding mankind out of darkness and civil war.[3][4]

These words would only gain more reverence as time went by. Since the middle decades of the thirtieth century, a debate about the import of the words of the Great Founders began to gain traction among the warriors of the Clans and the lower castes. Starting as a fringe movement but gaining popularity with time, a faction calling itself the Crusaders began demanding that the Clans make preparations to conquer the Inner Sphere and fulfill what they felt were the dreams of the Great Kerenskys.[1][2]

A faction that took a different interpretation of these same writings also began to form. Calling themselves Wardens, these warriors felt that the Great Kerensky's never meant for their words to be taken quite so literally. They felt that a role of protection and guidance of the wayward people of the former Star League was what the Founders desired of the Clans. When pressed to define what they were to protect the Inner Sphere from, the Wardens were unable to come up with an answer that was satisfactory to the Crusaders. But they still held to their premise that conquest of the peoples of the former Star League was not what the Kerenskys had intended.[1][2][3]

This debate would rage on for many years, manifesting in several different incidents amongst the Clans. Clan Coyote's Blood Scandal was an extreme example of the divisiveness of this debate,[5] as were the feuds between Clan Wolf and Clans Jade Falcon and Smoke Jaguar.[1] Throughout the Clans, events such as these would help to define the period that came to be known as the Political Century.

In 3000, the debate between the Wardens and Crusaders advanced to the next level. Clan Ghost Bear Khan Nadia Winson, formerly of Clan Wolf, took the debate to the Grand Council, demanding a vote of approval to begin preparations to invade the Inner Sphere in order to fulfill the Crusader interpretation of the words of the Great Kerenskys.[2]

Clan Wolf Khan Kerlin Ward argued that the Clans were about to take a leap into an unknown situation with little reliable intelligence at the urging of the leading Crusader Clans Smoke Jaguar, Jade Falcon, and Clan Ghost Bear.[4] He proposed that the Clans send a unit comprised of mostly freeborn warriors to the Inner Sphere disguised as mercenaries. Over several years, the unit would tour the Inner Sphere by hiring themselves to each of the Great Houses in a circuit, gathering intelligence by fighting with and against each one in turn. This plan was approved by the Grand Council, with Clan Wolf placed in charge of gathering the unit, despite complaints from several Crusader Clan Khans, particularly Yvonne Hazen of the Jade Falcons.[2][6][7] Clan Smoke Jaguar also protested, going so far as to engage in a Trial of Refusal. The Jaguars were defeated, souring relations between them and Clan Wolf.[8] After a process that took well over a year, the new unit was finally formed. Led by freeborn warriors Jaime and Joshua Wolf, several trueborn warriors such as ristar Natasha Kerensky also signed up for this important task.[1] In a deal brokered between the Khan and his new unit commanders, if successful, Clan Wolf would create the new Bloodname Wolf in honor of their hardships and achievements while conducting their mission.[9] 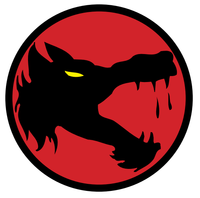 The Forging of Wolf's Dragoons[edit]

Clan Goliath Scorpion saKhan Ren Posavatz would offer a batchall to the Wolves, asking for the rights to help train the new unit. Clan Star Adder Khan Gerrik N'Buta, who also recognized the prudence of such a mission would offer the expertise and manpower of his Clan as well, though this was politely declined.[10] Khan Ward, who was not overly surprised by the Goliath Scorpion offer, accepted the batchall and training soon began. The newly formed Wolf's Dragoons were tested over more than two years against the Scorpion Star Colonel Vlad Dinour and his elite Heartvenom Cluster, learning pre-Exodus tactics in order to blend in easier with Inner Sphere fighting styles. Though several Crusader Clans protested the techniques being taught the Dragoons, Star Colonel Kari Baba defended the training program, citing the Star League's use of such tactics. Once this training was complete in 3004, the Dragoons were approved to travel to their destination, joined by a few volunteers from the Goliath Scorpions, who would return to their Clan after the Dragoon's first resupply run back to the Clan Homeworlds in 3009.[11]

Though the Dragoons would perform their primary task at an outstanding level of efficient diligence, the focus of their mission was altered significantly during their resupply run in 3019, after the death of Joshua Wolf during the Marik Civil War. Khan Ward realized that an invasion was highly likely, though still distant time-wise. In a maverick move against the increasingly antagonistic Crusaders, he would order the Wolf's Dragoons to secretly begin preparing the armies of the Great Houses for the coming invasion, swearing them to follow the orders of no other Khan except for him.[12]

By the time of Operation Revival in 3050, the Inner Sphere was still surprised by the Clan juggernaut, regardless of the clandestine preparations. After the death of ilKhan Leo Showers, the Dragoons would invite all major Inner Sphere leaders to their base on Outreach, disclosing their own origins, and offering technologies to help bring the rest of the Inner Sphere closer to parity with the tech levels of the Clan invaders. The leaders of the Great Houses learned what it would take to defeat the Clans on the battlefield, led by the Dragoons who would also take the fight to their former brethren. In time, the Inner Sphere would be on the road to reaching and even surpassing the Clans in technology, though the struggle would still be far from over.[13][14]