The Exodus Civil War (alternately called Pentagon Civil War) refers to the conflict fought between various nationalistic factions on the Pentagon Worlds. The members of the factions were former Star League citizens who departed the Inner Sphere under the leadership of SLDF Commanding General Aleksandr Kerensky. The War began in 2801 and lasted until 2822, ending with Operation KLONDIKE and the Clans conquering all five Pentagon Worlds. 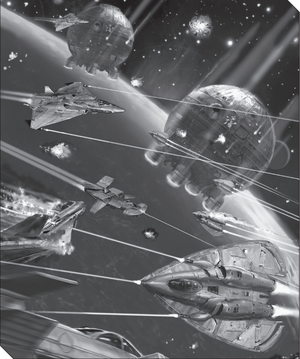 On November 5, 2784, approximately 80% of the Star League Defense Force, along with millions of loyal Star League citizens who sought to escape the collapse of the Star League and the inevitable Succession Wars, followed General Kerensky in his Exodus. In 2786, these Star League exiles discovered five marginally habitable planets and named them the "Pentagon Worlds". Each of the worlds was settled by people who hailed from the five interstellar nations that comprised the Inner Sphere: the Lyran Commonwealth, the Draconis Combine, the Federated Suns, the Capellan Confederation and the Free Worlds League. However, these five nations had centuries of distrust and even hatred of each other, as their philosophies and cultures dramatically differed from one another. For example, former citizens of the Lyran Commonwealth and Draconis Combine settled Circe, while citizens from the Federated Suns and Capellan Confederation settled Eden. Putting these people from different cultures and national allegiances together on the same worlds would inevitably lead to conflict. Adding fuel to the fires was the fact that many of the SLDF soldiers were forced to "test out of the ranks" and become civilians, something that most of the former soldiers could not, or would not, accept. This widespread discontent amongst the former soldiers, combined with the national rivalries, became the powderkeg waiting for the spark that would blow up the volatile situation into outright war.

On June 11, 2801, General Kerensky died of a heart attack, and although Kerensky had named his elder son Nicholas as his heir, the death of the great leader who led the Star League exiles to their new "Promised Land" sparked a power struggle since most of the factions refused to follow Nicholas (who was at that time, the Commanding Officer of the 146th Royal BattleMech Division) since he was not as well-regarded as his legendary father. The violent struggle to determine which of the factions would lead the "Star League-in-Exile" quickly spread like wildfire to all five Pentagon Worlds. In a strange twist of fate, the Exodus Civil War was being fought at the same time as the First Succession War, which was taking place many hundreds of light-years away in the Inner Sphere, for almost the same reason: to see who would come out on top. 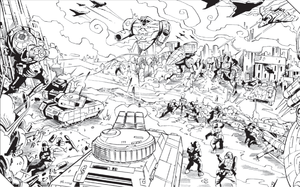 Nicholas Kerensky was determined not to let his father's dream of a re-formed Star League die. Nicholas travelled to all five Pentagon Worlds, calling for a Second Exodus in order to escape the violence of the Exodus Civil War and to carry on the legacy of the Star League. Thousands of people rallied to Nicholas' cause and departed with him, arriving on a planet that Nicholas named Strana Mechty (Russian for "Land of Dreams"). By 2810, Nicholas finished his plans for the new society that his loyal followers would build. He divided his followers into twenty Clans, each to be divided into five Castes led by that Clan's Warrior Caste, and each Warrior Caste would elect two leaders: a Khan who led the entire Clan as a whole, and a saKhan who served as the Khan's deputy and commanded the Clan's military, or Touman. The Khans, saKhans, and all bloodnamed warriors would comprise the Clan Grand Council. An ilKhan would not only oversee the deliberations of the Grand Council, but would lead all of the Clans as a collective whole. Each Clan would follow a different philosophy of life, but they all shared property (a heavily modified form of socialism) and the belief that they would eventually re-form the Star League.

Nicholas Kerensky, as the Founder of the Clans, named himself ilKhan. He decreed that one day, his Clans would retake the war-torn Pentagon Worlds and impose the New Order among them, restoring the True Faith that the Star League would be reborn. In 2821, ilKhan Kerensky deemed his Clans to be ready to retake the Pentagon Worlds; the ilKhan called the campaign "Operation KLONDIKE". 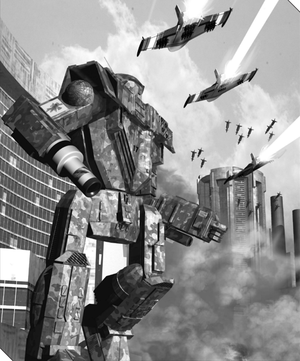 ilKhan Kerensky decided each Pentagon World would be conquered by four Clans.

On July 2, 2821, Operation KLONDIKE commenced. The Star League units who did not accompany Nicholas Kerensky and become part of the Clans, were no match for the more technologically advanced and better trained Clan warriors. On May 26, 2822, the ilKhan declared Operation KLONDIKE a success: all five Pentagon Worlds were conquered and the Exodus Civil War was over. Thenceforth, the Clans celebrate every May 26th as Clan Liberation Day.

-Nicholas Kerensky, ilKhan of the Clans, speaking at the Clan Liberation Day festivities, May 26, 2822