(Redirected from Grand Duchy of Oriente) 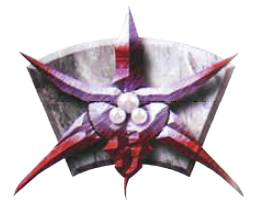 As one of the founding states, Oriente supported the Marik clan many times and sometimes opposed it. The Duchy posses a central role in the economy, military and other important places of the league. The House Halas have direct connections to the ruling Mariks through a marriage of the daugther of the Duke with Thomas Marik.

In early April 3076 the Duchy of Oriente reportedly sponsored a raid on Atreus by the 2nd Knights of the Inner Sphere which resulted in the Knights being destroyed.[3][4]

In the immediate aftermath of the dissolution of the League the Duchy of Oriente found itself operating as an independent state. The false Thomas Marik was soon viewed as the most likely successor to the aging Duke Christopher Halas, partly due to his marriage to Sherryl, but also due to his dedicated principles. It was Thomas Halas who negotiated the unofficial ceasefire with the Capellan Confederation in 3073, and soon the Halas family was engaged in increasing levels of communication with the Orloff family, rulers of the Duchy of Orloff, as well as a number of notable families within the Protectorate.[5]

Following the call by Devlin Stone for forces to support Operation SCOUR, the Duchy contributed special operations teams, vital logistical support and WarShips in support of the Coalition drive on Terra, but swiftly recalled their deployed assets after the liberation of Terra to help fortify the Duchy's borders. The Duchy's WarShip fleet remained its most potent form of defense, with crews[5] although Word of Blake WarShips launched attacks against a number of Oriente systems in mid-to-late 3079 that cost the Duchy a number of WarShips.[6][7] The Blakist strike at the Duchy also cost Oriente the docks the government had just finished restoring to operational status, leaving the Duchy without facilities for supporting the reduced WarShip fleet and consequently curtailing WarShip operations significantly.[8] With Jessica Halas and Thomas both taking on a greater share of the administration and policy of the Duchy, the Duchy's support for the Coalition rapidly dissipated, as the Duchy looked to secure its own borders and people ahead of supporting the ambitions of Devlin Stone and his immediate allies.[9]

General Garibaldi led the First Marik Militia to defect to the Duchy when the League dissolved, as his ties to the Halas family stretched back over many years; while the Duchy welcomed the skilled Militia warriors, the First's garrisons on Ohrensen and Ventabren were targeted by Blakist raiders who used cargo DropShips to deploy nuclear weapons against both garrisons, destroying all bar a few patrolling lances from the Militia. Despite the Militia being effectively destroyed as a combat command, the Duchy was in a strong position as the Jihad drew to a close, thanks to the largely intact forces of the Oriente Hussars and the experience of the surviving Fusiliers of Oriente. Thomas' efforts to rescue Sherryl from Atreus, and his use of forces loyal to him rather than provincial forces, were both actions noted by the Fusiliers and Hussars, and Duke Christopher's support of Thomas ensured that the Duchy's forces were both proud of their position and loyal to Thomas.[5] Politically, the Duchy remained committed to rebuilding the Free Worlds League.[9]

In the years between the breakup of the Free Worlds League and the formation of the Oriente Protectorate, the Duchy of Oriente suffered constant attacks along the Oriente-Regulus border, where the Regulans continually raided the Duchy for supplies and materials. The armed forces of the Duchy, the Duke's and Duchess' Own Corps of Fusiliers and Hussars, struck back at planets in Regulan space, but had trouble using their superior numbers against the Principality's armed forces and their years of experience at waging guerilla warfare against the Word of Blake.[10]

Forced into constant low-level warfare against the Regulans, the Duchy interdicted the jump points in the Avior and Muscida systems to try and cut the Regulan raiders off from their supply bases. Thankfully, relations with the Duchy's other neighbors were warmer; the Duchy of Orloff and the Protectorate began cross-training military units together in the 3080s, with liaisons from all three governments increasingly commonly being seen together.[10]