This article is about the notable character. For the Liberator-class WarShip, see Jerome Winson (Vessel).

Jerome Winson was the Founder and first Khan of Clan Wolf, who went on to become the second ilKhan of the Clans. The embodiment of the wolf, Jerome Winson was a bold and intelligent warrior of thoughtful nature who was equally capable of decisive action if demanded by the situation, and would provide stability to the Clans after the death of ilKhan Nicholas Kerensky. He would eventually die on his own terms later during the Golden Century.

Born on the Lyran Commonwealth world of Gallery, Jerome Winson was a strong and intelligent youth. For these reasons he would be fast-tracked into SLDF officer training. His timing was fortuitous. The Star League had been fighting engagements throughout the Periphery for many years, putting them in great need of bright young officers.[1]

Fighting in the war against the Rim Worlds Republic, Jerome Winson would rise to the rank of Major, earning a post on General Aleksandr Kerensky's command staff.

During the Liberation of Terra, he would be assigned to a unit with a mission of singular importance to the great General himself: the rescue of his wife, Katyusha Kerensky, and his two sons, Nicholas and Andery. Previously unknown to all but a few people in Kerensky's inner circle, the rescue of the Kerensky family from an Amaris-occupied Moscow in 2777[2] would have long reaching consequences for all of the Inner Sphere, helping to preserve the life of the Great Founder during this chaotic time. Because of his close association with General Kerensky, Winson would stay close to Nicholas and Andery Kerensky, becoming something of an older brother figure to the boys (along with Absalom Truscott) as they adjusted to life after the Amaris Crisis.[1]

He would follow the General into exile from the Inner Sphere and the coming Succession Wars. The choice was not easy; in choosing the Exodus, he had to leave behind his wife Jessica, a native of Alarion who had opted to stay home. Knowing that the choice he was making was the right one,[1] Winson would depart with the rest of the Regular Army into the unknown. 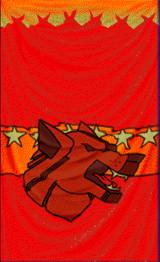 The Clans: A New Pack[edit]

The Second Exodus saw Jerome Winson follow Nicholas Kerensky to Strana Mechty in 2801. Still in the role of the wise older brother to the Kerenskys, the bond that they shared would only be strengthened by Nicholas' marriage of Jerome's sister, Jennifer Winson (see Notes).[3]

Jerome Winson would become the founder and first Khan of Clan Wolf, named for the Strana Mechty wolf, a descendent of the Terran wolf brought with the exiles from the mother world.[4] Under his thoughtful yet decisive leadership, the Wolves would be the first Clan to be combat certified by the ilKhan. He would also lay the foundations for one of the dominant forces throughout Clan history; Clan Wolf would be respected and feared on the battlefield as well as in the halls of the Grand Council.[1]

The Wolves would be selected for action on Eden after Trials were held to determine who would be slotted to invade the most infamous of the Pentagon Worlds. They would later go on to fight on Dagda, an honor granted only to the Wolves and Clan Jade Falcon, specifically for their excellent performance during the Eden campaign of Operation Klondike.[5]

Landing on Eden in July of 2821, the Wolves would do battle in the Abaddon Heights region of the planet. An upland area where disease was prevalent, but valuable resources were plentiful, they would use their supplies of antigen and vaccines as a bargaining chip to coerce many lesser powers into submission. Khan Winson's willingness to win without excess and unnecessary use of force helped to set his Clan apart from the Jade Falcons, and especially the brutal Smoke Jaguars.[6]

Once the Clans had landed on the continent of Noruff in late August–early September, the real fight began. The Levic Ascendancy was by far the strongest power on the planet, and as such had been saved for last by the Clan forces assembled against it. The Wolves would strike, feinting first toward the government center of Novy Moscva, then redirecting their efforts toward capturing the Eden Military Academy as the other three Clans secured key objectives around the city's perimeter. The Wolf warriors would face ambushes set by the defenders, but Khan Winson's leadership (as well as that of his saKhan, Elise Fetladral[7]) would often turn loss into victory, or at the least, into stalemate.[8]

The final days of the fighting would see a tragic loss for all of the Clans: The brutal slaying of Andery Kerensky. Nothing is said of Khan Winson's thoughts regarding the ambush and cold-blooded killing of the younger Kerensky. But the response of his warriors is documented. They let their furious grief guide them in the hunt for Andery's attackers, killing all of them.[8]

With the collapse of the Levic Ascendency in December of 2821, Clans Wolf and Jade Falcon would be redeployed in an effort to break the stalemate on Dagda. At The Siege of the Black Brian, Khan Winson would lead his forces in the pacification of the surrounding areas, securing key passes leading into and out of the Black Brian, while the Falcons swept the fortress itself clear of its defenders, the fanatical Brotherhood of Donegal. On 2 April 2822, the Wolves executed three simultaneous assaults on three different gates leading into the interior of the gigantic bunker-like facility. When the gates were finally breached, Jade Falcon warriors led by their Khan Elizabeth Hazen poured into the sprawling underground complex while the Wolves secured the outside, preventing escapes, as well as the insertion of reinforcements.[5]

Not long after the Pentagon Worlds had been reconquered, the Not-Named Clan was Annihilated for Treason against the Clans, by order of the Grand Council in October of 2823. Much has been written about this incident, though most actual records of the time were destroyed. Suffice to say, Khan Jerome Winson took the losses sustained during this conflict most bitterly. After the Trial of Annihilation, the Wolf Khan reportedly challenged the Khan of each Clan that supported the Not-Named in the Grand Council to a Trial of Grievance, killing several of his opponents, such as Clan Nova Cat Khan Sandra Rosse.[9]

Treachery at the Dawn of the Golden Century[edit]

After several more years of growth and recovery from the Pentagon Civil War, and subsequent campaign to retake the wayward planets, tensions between Clan Widowmaker and Clan Wolf that had been seething since Operation Klondike finally erupted in the Grand Council. The Widowmaker Khan Cal Jorgensson accused the Wolves of agitating Widowmaker merchants into protesting against their Warrior Caste masters. Khan Winson countered by declaring before the Grand Council that the Widowmakers' recent slaughter of hundreds of their Merchant Caste citizens in response to the protests showed that they had invalidated their own right to govern their populace.[11] He and his Wolves would eventually be granted a Trial of Absorption against Clan Widowmaker.

Khan Jorgensson took the only recourse available to him at that time: a Trial of Refusal. The Widowmakers would defend with ten Stars of 'Mechs, versus eleven Stars of Wolf 'Mechs, a number greatly narrowed down by bidding among the Clans to defend the Council's decision.[12] On 7 October, 2834, the battle raged on the Steitz Plains of Ironhold. In spite of the danger all around them, Khan Winson and Khan Jorgensson would meet in the middle, declaring a mutual Trial of Grievance. As the surviving warriors of each side settled around a large, impromptu circle to watch their leaders fight it out, it soon became apparent that Khan Winson was gaining the upper hand. Just before Khan Jorgensson's 'Mech could be disabled by Khan Winson, a Star of Widowmaker 'Mechs jumped into the circle to protect their Khan. The rules of engagement being violated by this action, the ilKhan and other observers moved to assist Khan Winson against the sudden ambush. In the resulting chaos, one of Khan Cal Jorgensson's Large Lasers discharged into the cockpit of the ilKhan's 'Mech at point blank range.[11] Though Khan Cal Jorgensson maintained that the deed was an accident, neither motive nor meaning truly mattered any longer. Nicholas Kerensky, ilKhan of the Clans, was dead.

The Wolf warriors raged on the battlefield for three days, granting no quarter to their hated foe. Khan Jorgensson would survive the battle only to be executed after a short trial. With some help from the other Clans, they would quickly find and destroy or absorb every Widowmaker warrior on even the furthest colonies during the weeks that followed the fighting on Ironhold. On the Widowmaker capital Roche, saKhan Kyle Vordermark set many traps using his last remaining Trinaries and other resources, feigning to have a weaker force in his doomed Clan's last stand. Timely intervention by Clan Goliath Scorpion warriors led by a charging Ethan Moreau and Khan Cyrus Elam helped to save the lives of the trapped Wolves, just as the Widowmaker 'Mechs were closing in for the kill. Reportedly, Khan Winson was furious with the Goliath Scorpions' interference with what he regarded as his Clan's Trial. Eventually he forgave them this trespass, accepting the spirit and intent of their gesture, and acknowledging that they had saved the lives of many of his warriors.[14]

In addition to colonies and all of the other material assets that survived the fighting, the Wolves would take on many abtakha warriors. Khan Winson would choose to keep several of their Bloodrights, with a few Bloodname Houses becoming nearly exclusive property of Clan Wolf.[12][15]

Jerome Winson would be elected ilKhan in place of his fallen friend, Nicholas Kerensky. His steady hand would guide the Clans into the Golden Century, though he would remain active in his own Clan as well. He commissioned a series of new combat vehicle designs, primarily for use in second-line units, in 2842.[16]

After suffering a debilitating stroke, ilKhan Winson would choose to end his own life by poison in 2851. He died in his office.[17][18]

The position of ilKhan would remain vacated until 2858.[17]

As the founder of Clan Wolf, Jerome Winson is greatly honored. Members of his Bloodhouse have figured prominently in Clan history, on both sides of the Crusader/Warden divide, though perhaps his best known descendant was Nadia Winson, a Khan of Clan Ghost Bear who championed the Inner Sphere invasion at the turn of the 31st century.[19]

If any blemish does exist on the legacy of Jerome Winson, it is by extension of the strange mystery surrounding his sister, Jennifer Winson.[1] The mystery hints at a darker side to events just beneath the surface, though perhaps lost due to deliberate obfuscation and/or destruction of pertinent records dating from the time.[3]