The Kelswa Guard was the personal militia of the Duke of Tamar, leader of the Tamar Pact of the Lyran Commonwealth, and later the Federated Commonwealth. It was named for House Kelswa, who had been hereditary leaders of the Pact since 2506 until its effective dissolution during the Clan Invasion. 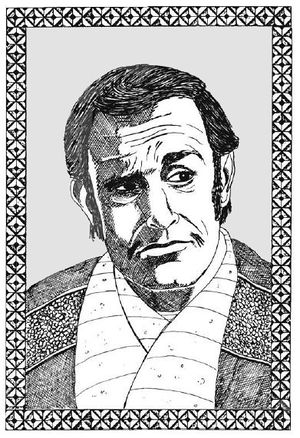 It may be assumed that the Kelswa Guard was active during the Succession Wars, and that they saw action against the forces of the Draconis Combine during its many attacks against Tamar throughout the Succession Wars Era. Indeed, Tamar was occupied on more than one occasion.

However, during House Kurita's most recent attack on Tamar during the Fourth Succession War, there was no mention of the Guard in a report on the action, as the defense was handled entirely by the mercenary Grave Walker regiments. [1] It seems likely the Guard was entrenched in the capital of Tamar City while the 13th Rasalhague Regulars attacked the nearby industrial park. 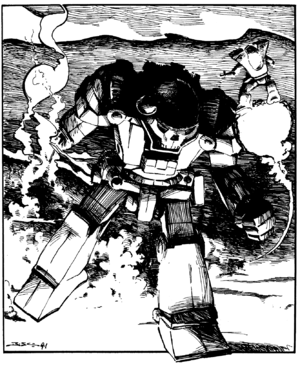 When the Clan Invasion struck in 3050, Duke Kelswa persisted in demanding greater military support from the Federated Commonwealth government to fight an enemy that was virtually unstoppable. When it became clear that Tamar itself would become a target, Kelswa demanded five full RCTs to reinforce his world. He had to be restrained when his leaders, Prince Hanse Davion and Archon Melissa Steiner-Davion, denied his request, sensibly pointing out that making such a move would imperil other worlds also facing invasion. Kelswa even refused to cooperate with the 26th Lyran Guards RCT, the AFFC garrison for the planet. Instead, he spent months and his own personal fortune boosting the defenses of the capital city, increasing the size of the Kelswa Guard to two battalions and boosting the Tamar War College Training Battalion to five companies.[2]

When Wolf Clan Khan Natasha Kerensky and Alpha Galaxy arrived, they spent a few days driving the defending Lyran Guards from the planet. The Guards offered to evacuate the Duke but he refused, convinced that he and only he could hold the planet. When the Wolves attacked the capital city, they made a mockery of the Duke's defenses. Attacks by the Duke's troops and academy cadets were ineffective. Instead of a grand final battle, it became a veritable slaughter, as green warriors threw themselves at their Clan adversaries in futile suicide attacks. At the battle's climax, the Duke personally took the field himself in his ancient Atlas, briefly rallying his troops. When the 328th Assault Cluster counter-attacked, however, they destroyed Kelswa's 'Mech, killing the Duke in the process. The Kelswa Guard was entirely wiped out, with only a few academy trainees surviving to surrender.[2] The Guard's last stand took place in the East Merchant District of Tamar City.[3]

Several years later, Duke Robert Kelswa-Steiner, the grandson of Selvin Kelswa III, would form a new Kelswa House Guard from soldiers owing allegiance to the old Tamar Pact. The new unit would be named the Tamar Cavaliers when it was placed under the nominal control of the Lyran Alliance Armed Forces. [4]

Duke Selvin Kelswa III was in command of the Guard at the time of its destruction.