Kentares is a system in the Draconis March of the Federated Suns. Its world Kentares IV is known throughout the Inner Sphere as the site of the infamous Kentares Massacre.

Kentares' pleasant climate drew many colonists during the exodus from Terra. The world gave the locals almost every resource they needed and it became a primarily agrarian world.

In 2431 the Hegemony Armed Forces launched an invasion of Kentares IV as a part of Director-General James McKenna's campaign to forcibly reintegrate colonies abandoned by the Demarcation Declaration back into the Terran Hegemony. The campaign ran for six months, as Kentares was defended by battle-hardened Federated Suns troops; it was a campaign in which the limitations of combat vehicles powered by Internal Combustion Engines were starkly highlighted to the HAF, prompting the development of fusion-powered combat vehicles.[4]

The Federated Suns would contest the Hegemony control of Kentares, with the Fourth Avalon Hussars launching a campaign in the late 2440s to reclaim the planet. This conflict would involve the first deployment of DropShips intended to be military 'Mech transports, with the Hegemony forces deploying a number of Manatee DropShips. The appearance of the Manatees led to some initial successes for the HAF, but the Hussars learned to exploit the light armor and weapons array of the Manatee, destroying several of the DropShips along with their transported 'Mechs. Despite this, the Manatee deployment on Kentares proved the basic viability of the idea, even if heavier fighter screens would be needed.[45] 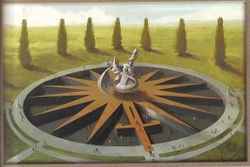 Kentares was one of the worlds occupied by the Draconis Combine Mustered Soldiery during the massive invasion of the Federated Suns that began in May 2787. Although the naval battle at Cholame fought in March and April 2790 had cost the AFFS a huge price, it bought the Federated Suns something badly needed - time. For fourteen months, the invasion forces from the Combine were unable to make significant gains, and the AFFS used that opportunity to provide whatever aid it could to those forces still fighting in systems such as Dobson, Galtor, Kentares and New Rhodes III.[12]

Coordinator Minoru Kurita was on the planet when he was shot by an infantryman of the 7th Crucis Lancers in August of 2796. When word of what had happened reached the AFFS High Command, First Prince John Davion reacted swiftly; as skilled an opponent as Minoru Kurita had been, his son, Jinjiro Kurita, was known to be a volatile, violent character, and the news of Minoru's death was met with great concern. John ordered the remaining AFFS forces on Kentares to fall back, in the hopes of denying Jinjiro a focus for his inevitable wrath. JumpShips diverted from Sonnia managed to evacuate the last AFFS forces just as Jinjiro arrived - a decision everyone came to regret, as Jinjiro responded to Minoru's death by ordering the Kentares Massacre. Sergeant Pischel was one of those who managed to escape from Kentares ahead of the massacre, only to later commit suicide when he learned of the consequences of his fateful shot.[46]

This terrible war crime, later known as the Kentares Massacre, continued for five months, during which more than 90 percent of the world's population was wiped out. It was a small compensation that, due to Jinjiro Kurita's assignment of so many regiments to the massacre and the following decline of morale in the DCMS, the Kuritan thrust into the Federated Suns collapsed.

The Counterattack by the Federated Suns was lead by units employing Vulcan BattleMechs to flush out Combine infantry from the cities of Amishton and Davisbury. The 'Mechs inflicted extensive damage to both cities[47] Finally, Kentares was liberated by the Armed Forces of the Federated Suns in 2801 during the first major AFFS counteroffensive of the First Succession War against the Draconis Combine.[14]

After AFFS forces liberated Kentares IV, and discovered that a company-sized group of survivors from the Seventh had not only managed to survive on the planet, but under the command of Captain Kieran McKinnon, had managed to launch a spate of attacks and harassing actions against the remaining DCMS troops after Jinjiro had withdrawn from Kentares in 2797. The survivors—dubbed McKinnon's Raiders—made the liberation of Kentares considerably easier, and First Prince Paul Davion used their ability to conduct long-term, long-range raiding campaigns effectively during the various AFFS counteroffensives against the DCMS for the remainder of the war.[48]

The world itself never completely recovered despite the Federated Suns' best efforts. Various factors, including the remembrance of the massacre and the looming presence of the Draconis Combine border kept people and investors away.

In 2854 the Combine attacked Kentares IV again as , as the AFFS had turned into a forward logistic base. The kuritans intended to steal all the possible supplies, but they couldn't. As more unit of both sides joined the battle, the kuritans failed to take the planet, and eventually were forced to abandon it, repulsed by troops of Prime Marshal Peter Davion.[49] But the AFFS ignored than the battle was only prelude for Coordinator Miyogi Kurita's Marathon Offensive, leading to the fall of planet Robinson.

Some of the first clashes of the FedCom Civil War took place on Kentares IV whose duke Eric Dresari publicly denounced Archon Katherine Steiner-Davion as a despot and usurper inciting demonstrations among the people of Kentares against her rule. Therefore she ordered the 5th Donegal Guards to take control of the planet. The situation escalated and culminated in the execution of Duke Dresari and his family. The surviving family members led a guerrilla war to regain control of the world.[50]

Kentares was also a target of the DCMS reprisal attacks for the Draconis March invasion of Kurita space. On January 23 of 3065 the 3rd Benjamin Regulars landed on the planet but the local Militia held off the Regulars until the arrival of the Tenth Lyran Guards, who were due to pass through the system, defeated the invaders.

In 3085, after the Jihad, one of Anastasius Focht last acts, with aid from Victor Steiner-Davion, was to convince the Federated Suns to relocate his namesake academy, the Focht War College, to Kentares IV and maintain it as a multinational institution. [51]

Kentares IV is a temperate and fertile world with plenty of common ores and other natural resources and almost ninety percent of the surface covered by water. But since the devastation of the First Succession War much of the planet's land mass has been covered by ruined cities and factories, which were never rebuilt.

Kentares IV is the setting of the video game Mechwarrior IV.