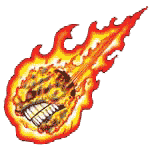 In 3062 the Mick-Kreeses were developing a feud with Kindraa Beyl-Grant, but the few encounters between the Kindraas' WarShips hadn't exploded into violence. All that happened was some desultory insults and minor weapons fire.[2] If the two Kindraa came to blows, one or the other would probably be Absorbed.[3]

With their emphasis on aerospace assets, the Mick-Kreese Kindraa only had one front line Cluster and three second line Clusters. To compensate, they crewed two WarShips. The Mick Bloodname was responsible for Elementals, as was the Goulet Bloodname. The Kreese Bloodname was known for its AeroSpace pilots and WarShip commanders. The Kindraa's Bloodname houses were able to staff their needs, so bondsmen and freeborns had a hard time entering those branches. MechWarriors and Elementals had an easier time of entering the Clusters, however.[3] 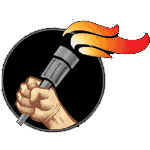 Kindraa Kline had a large number of quality Bloodnames available to its troops. Though they only had one front line Cluster and four second line Clusters in 3059, the high quality of their Bloodnames and their ability to work with other Kindraa (particularly Kindraa Payne and Kindraa Faraday-Tanaga) allowed the Kline Kindraa to remain independent of other Kindraas. This was particularly important because the Kindraa was so small compared to its fellows.[4]

In 3066 Kindraa Kline backed up Kindraa Beyl-Grant's call for a Trial of Position against Kindraa Sainze. This action had dramatic repercussions. Kindraa Sainze was infuriated and struck at Beyl-Grant and nearly destroyed it. The Paynes and Faraday-Tanaga Kindraas intervened, preventing Beyl-Grant's destruction. To satisfy their rage, the Sainzes engaged Kline forces in several large raids. Seeing themselves being destroyed, the Klines asked Kindraa Mick-Kreese for assistance, and the Mick-Kreese brought in a Clan Blood Spirit ilChi to mediate the dispute. Kindraa Kline had to give up many resources to the Sainzes. Barely recovering from this, the Klines allied with the Mick-Kreese Kindraa and Clan Blood Spirit against Clan Star Adder. [5]

In 3067 Kindraa Mick-Kreese joined the Clan Blood Spirit assault on Clan Star Adder, sending two Clusters. Fighting alongside Iota Galaxy, they faced the Star Adders on Tathis. Kindraa Kline dropped into the middle of the combat, and the resulting confusion inflicted heavy losses on everyone involved. This was particularly devastating for Kindraa Kline, and Kindraa Mick-Kreese forced that Kindraa into their own Kindraa. The new Mick-Kreese-Kline Kindraa upset the balance of power in the Clan.[6] The formation of this Kindraa could have begun a serious internal conflict in the Fire Mandrills, but the Blood Spirits were able to calm every Kindraa down by providing them with military support and assets.[5]

The formation of the Kindraa in 3067 formed an impressive power bloc with both military and political power as well as well placed allies. The new Kindraa was firmly in the Crusader camp politically. It stopped just short of calling itself the ilKindraa.[7]

In late 3068 the Kindraa struck out against Clan Hell's Horses enclaves on Kirin and Niles. SaKhan Kline's forces met with initial success capturing several important facilities, factories and cities almost a third of Kirin and winning important raw resources and materials. She failed to notice the quality of the troops lined up against her and was surprised bu a counterattack by the Horses Delta Galaxy that pushed the Mandrills out of almost every enclave except KM City. [8]

For the attack on Niles the Kindraa was joined by Kindraa Sainze. Both forces gained safcon and issued a batchall for the industrial facility of Industriplex Upsilon. This was defended by the Horses' Eta Galaxy who used the complex's heavy defenses to good use, only a surprise flanking maneuver breached the Horses' line to take the facility. Two weeks later in January 3069 the Horses' Beta Galaxy counterattacked and in a swift action defeated the defending Fire Mandrills, but not before they removed almost a clusters worth of captured ProtoMechs. The Kindraa's gains were quickly challenged for by other Mandrill Kindraa. The Khan called a council on Shadow to quell the growing hostility and in a surprise move Kindraa Mick-Kreese-Kline agreed to give up all its matériel gains as a token of goodwill.[8]

In late 3069 Kindraa Mick-Kreese-Kline were part of a multi-Kindraa force that struck against Clan Coyote on Shadow for their perceived underhanded dealings with Kindraa Mattila-Carrol over exchange of Fire Mandrill scientific secrets. The coyotes bid four Clusters and the fighting lasted over a month before Khan Sainze put an end to the fighting.[9]

The Blood Spirits and the Star Adders had been fighting on Circe for some time before saKhan Kline brought Kindraa Mick-Kreese-Kline to the planet in January 3071. She offered aid to the allied Blood Spirits but this was refused, after this she issued a Trial of Possession for two former Snow Raven enclaves that the Adders had recently taken. Galaxy Commander Daniels refused as fighting was ongoing. Kline landed her forces anyway which the Star Adders took as a breach of trial and lifted zellbrigen against the Spirits. Despite the Spirits' protests the Adders pressed the attack and inflicted heavy casualties on both them and the Fire Mandrills. Seeing almost two galaxies worth of troop destroyed Khan Schmitt called for hegira but was refused as Daniels had declared both Clan forces dezgra. The Spirits and the Mandrills were able to lift off under Mandrill aerospace protection but at the loss of the CFM Rancor. Khan Schmitt prepared to take saKhan Kline's actions to the Grand Council.[10]

The aftermath of the election of Garret Sainze to ilKhan and his death in the Trial of Refusal to his election saw Kindraa Sainze shattered as a military force by March 3071. The newly elected Khan, Amanda Carrol, authorized Kindraa Mick-Kreese-Kline to absorb the remnants of Kindraa Sainze. She saw the Mandrills would need to unite as further challenges would result from Garret Sainze's death.[11]

Clan Cloud Cobra issued a Trial of Reaving against the Sainze Bloodname, shortly before the Trial of Bloodright took place, citing Garret Sainze's failure as ilKhan and defeat in the Trial of Refusal as reason that the line was flawed. Kindraa Mick-Kline-Kreese-Sainze accepted the trial and the cobras landed the 149th Cobra Guards on Shadow. The Kindraa narrowly defeated the rival Clan. [11]

In the wake of the call to Reave all of the Bloodnames associated with the Invader clans issued by ilKhan Brett Andrews in December 3071, the site of various Blood Chapels on Strana Mechty became the site of a sprawling fratricidal conflict between all of the Clans. The fighting in and around the Blood Chapels ranged into the city of Katyusha as various Clans fought each other, with the conflict escalating steadily after the destruction of the Kerensky and Winson Blood Chapels. The peak of the conflict came when forces from Clan Fire Mandrill when attempting to seize the McKenna and Clearwater Blood Chapels fared badly, resulting in Star Colonel Abraxas Mick of the Fire Mandrills ordering the Jungle Heat to destroy the Chapels by orbital bombardment. Several Clans were outraged by the Fire Mandrills' actions, and the Sovetskii Soyuz-class heavy cruiser CSV Sanra Mercer and the Carrack-class transport CCS Solar Blaze attacked and destroyed the Jungle Heat. The Vipers quick called for a Trial of Reaving against Kindraa Mick-Kline-Kreese-Sainze.[12]

In January 3072 a small force of Steel Vipers and Goliath Scorpions arrived at Shadow with the express purpose of conducting the Trial of Reaving. Each Clan brought roughly a Cluster of warriors and joined with Clan Coyote forces already on planet; the Scorpions' Second Eridani Lancers along with the Vipers' Sixty-first Strike Cluster. As was agreed the Coyote force attacked first their assault caught the defenders totally by surprise as did their inclusion of new technologies such as the Assault ProtoMechs, so much so that their three to one odds could not prevent a Coyote victory. The surviving Fire Mandrills including saKhan Dakar Mick surrendered themselves to the Coyote force and were all slaughtered by the Coyote Elemental Honor Guard. The honor Guard then turned their weapons on the attendant Viper and Scorpion warriors as the rest of Lambda Galaxy wiped out both clusters.[13]

The Kindraa specializes in aerospace assets and using its air power to assist its ground forces.[3]

Being so small and surrounded by aggressive Kindraas, the Kline Kindraa's units specialized in defensive tactics.[4]