Kindraa Payne had traditionally been one of the strongest Kindraas in Clan Fire Mandrill.[4] Kindraa Payne was composed entirely of MechWarriors. They were also strong adherents to the Warden political movement.[4] They frequently came into conflict with Kindraa Sainze. Kindraa Payne didn't use Elementals, using conventional infantry and vehicles instead. They also lacked aerospace fighters, employing just enough to protect their WarShip.[5]

Though they only had two front line and one second line Clusters throughout most of their history, the quality of their warriors was such that they could maintain a large amount of influence over their fellow Kindraa. In fact cadets undergoing a Trial of Position faced heavy and assault class 'Mechs. In addition, the Payne warriors often engaged in Trials of Possession for the best Bloodnames of other Clans. Though they weren't always successful, facing off against such high-quality warriors resulted in the Paynes gathering experience quickly.[3] 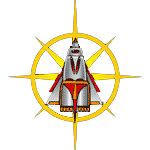 Kindraa Beyl-Grant was one of two Clan Fire Mandrill Kindraa built around aerospace forces. It was known for the high quality of its AeroSpace pilots. Freeborns in this Kindraa could not become MechWarriors due to a lack of resources. In 3062 the Beyl-Grant Kindraa began to develop a rivalry with Kindraa Mick-Kreese, but the rivalry was limited to their WarShips and neither side was moving towards a serious confrontation.

Kindraa Beyl-Grant leaned towards the Warden side of the Clan political spectrum.[6] In 3066 Kindraa Beyl-Grant inadvertently destroyed the Mandrill's newfound unity when they challenged for the position of saKhan in an attempt to bring more Warden causes before the Clan Council. Kindraa Sainze, holder of the office, was infuriated and struck at the Beyl-Grant with three Clusters. The fighting was fierce and Beyl-Grant stood a good chance of being annihilated but Kindraa Payne and Kindraa Faraday-Tanaga intervened and forced the Sainze warriors to withdraw.[7]

In 3069, Kindraa Payne-Beyl-Grant launched a series of Trials of Possession for various Coyote holdings on Shadow and the Savage Coyote factory on Foster. Despite outnumbering the Coyotes nearly two-to-one the Kindraa could not force the Coyotes off of Shadow. The fighting was both on the planet and in the surround space. The Reaver broke zellbrigen when it exchanged a broadside with the Coyotes' Windrunner, which was not part of bid. The Coyotes declared the Kindraa forces dezgra and wiped out the Seventeenth Auxiliary and First Striker Payne Clusters.[10]

In December 3071 the Fire Mandrills declared Trials of Reaving against the Snuka and Vong Bloodnames. Supported by the CFM Anathema the Mandrills dropped the remainder of Kindraa Payne-Beyl-Grant's Touman on to the planet of Arcadia where they were destroyed by the Fourth Bear Regulars and saKhan Aletha Kabrinski's Silveroot Keshik.[11]