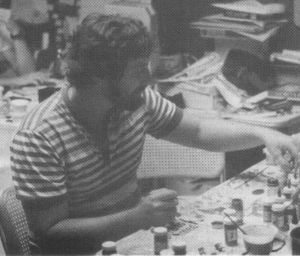 L. Ross Babcock III is a game designer and cofounder of FASA.

In 1980, he and Jordan Weisman were fellow gamers at the Merchant Marine Academy. They started FASA Corporation with a starting capital of $350 ($175 each).

Babcock is credited for game design and writing on numerous BattleTech products and worked as editor-in-chief on the Star Trek and Doctor Who game lines. He holds a credit on every book published in FASA's Star Trek RPG line. Also, the original concept for Shadowrun was allegedly devised by him.