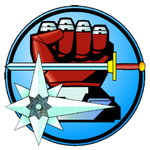 The Nagelring is the Commonwealth's most prestigious and oldest military academy. Originally, the Nagelring was a Star League facility, which was taken over by House Steiner after the Exodus of General Kerensky's SLDF. To the surprise of House Steiner, many of the former Star League instructors decided to stay on Tharkad. The Nagelring trains officers in all branches of the LCAF, including DropShip and JumpShip crews. It is known for its extensive variety of teaching aids such as Chameleon training 'Mechs and Jenny AeroSpace fighters. Some of the most distinguished military leaders, including Aleksandr Kerensky, Katrina Steiner, Morgan Kell and Victor Ian Steiner-Davion, graduated at the Nagelring.
In 3025, the head of the academy was

Sanglamore on Skye is another former Star League academy and is considered the twin of the famed Nagelring on Tharkad. However, the academy was severely damaged during House Kurita's attempt to invade Skye. Since then, the facility was no longer able to train naval officers. Instead, Sanglamore concentrated its efforts on the best possible MechWarrior training and education of the LCAF's warrant officers. However, Sanglamore is heavily influenced by Federation separatist sentiment. This secures a high percentage of LIC personnel on campus. In addition, many of its graduates try to join the Skye Rangers. Anastasius Focht graduated at Sanglamore.
In 3025, the head of the academy is

The Tamar War College reopened in 3025, after it had been destroyed by Draconis Combine Mustered Soldiery-forces during one of House Kurita's invasion attempts during the Third Succession War. Most of its instructors and cadets died in the valiant defence of Tamar. The reconstruction of the facility began 3017, almost a hundred years after the Kurita forces have been pushed off-world. In 3025, the War College trained only MechWarriors and ground personnel. The first cadets of the restored academy graduated in 3028. As of 3025, Leutnant-General Sydney Devero is the commander of the War College. [3] Among the War College's graduates was Galen Cox, future aide to Victor Steiner-Davion. [4].
In 3025, the head of the academy is

The War College of Tamar (and the Tamar War College Training Battalion) were destroyed by Clan Wolf in 3051 during the Clan Invasion came.[6]

A relatively small MechWarrior training facility, the Coventry Military Academy benefits greatly from its proximity to the Coventry Metal Works plant.
In 3025, the head of the academy is

Founded in 2832, the Flight Academy of Thorin and specialized in the training of Aerospace pilots and DropShip crews. Heavily damaged in the Succession Wars, rather than rebuilding the Flight School of Thorin, the Lyran Alliance chose to build the Alarion Naval Academy as a replacement in 3060. 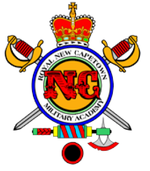 One of the Lyran realm's more troubled schools, the Royal New Capetown Military Academy is heavily infected by the racism of its home planet New Capetown, recently transferring the focus of its bigotry from non-white races towards the Clan invaders.

Founded in 3020, the War College of Buena produces some of the Lyran military's best technicians, with a large degree of hands-on and practical training even for its BattleMech and AeroSpace Fighter schools.

A relatively small military academy exclusively devoted to BattleMech and AeroSpace Fighter training, the Military Academy of Somerset's most storied graduate was Adam Steiner. The Academy and its Somerset Academy Training Battalion were destroyed by Clan Jade Falcon during the opening stages of Clan Invasion.

The Martial College of Donegal was the oldest academy in Lyran space, but as of 2765 its facilities were looking increasingly outdated. Despite this, its status as one of the few Lyran academies with programs geared towards WarShips and black navy crews kept it operational all the same. [8]

Beginning life as a militia training facility on Bolan, the Melissa Steiner Martial Academy of Bolan was upgraded to an full academy in 3055. After Melissa Steiner's death, it was renamed in her honor.

Founded in 3060 to take advantage of the naval shipyards in orbit around Alarion, the Alarion Naval Academy took over the DropShip, JumpShip and WarShip training courses previously offered by both the heavily damaged Flight School of Thorin and the under threat Pandora College of Military Sciences.

Previously a Capellan Confederation academy, the Tikonov School of Military Discipline fell under LCAF and then Armed Forces of the Federated Commonwealth control after the Fourth Succession War, reverting to Federated Suns ownership following the Lyran withdrawal during Operation Guerrero.

Falling under LCAF control with the capture of the future-Sarna March during the Fourth Succession War, the Sarna Martial Academy became independent following the break-away of the Sarna Supremacy during Operation Guerrero.