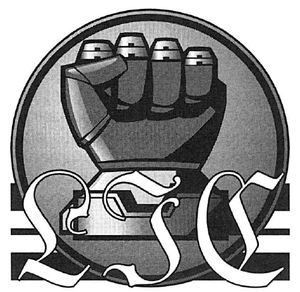 The Lyran Intelligence Corps (LIC) is the intelligence arm of the Lyran Commonwealth. Its goals are to gain valuable information about the Commonwealth's enemies and to foil enemy intelligence efforts by whatever means possible.

The head of the intelligence agency was the Chancellor of the LIC.
The LIC contains six major branches:

Lohengrin is the counterterrorism division. Operatives from Lohengrin are orphans and through indoctrination they become ruthless, fanatical agents on par with DEST, and are often used for "internal threats". Many agents were deployed on the Federation of Skye on the eve of the outbreak of the rebellion of 3065.

Before the Civil war, this division was largely passive; but during the reign of Katherine, this changed considerably. Their technicians were to suppress "harmful" reports, to discredit persons who opposed the Archon and they coordinated with Loki for dirty work.

Norns (named after the mythical Nordic beings of fate) is subdivided into active and passive departments. They have limited access to Black boxes, and their goal is to predict foreign actions.

The Diplomatic Guard (DG) is charged with the protection of important individuals in the Lyran Alliance, and it provides bodyguards, transportation, and couriers for sensitive information. Members of the Diplomatic Corps (DC) are often part of ambassadors' or nobles' staffs. They make contacts, gather information, and engage in negotiations. The DC uses softer techniques than Loki/Lohengrin.

Espionage is composed of three subsections:

Loki (named after the Nordic god of lies) is essentially a state-sponsored terrorist unit. Their task is not only to assassinate and sabotage enemies of the state but also to strike fear into the hearts of the foreign enemies of the Lyran Commonwealth. The excessive brutality of Loki agents is infamous throughout the whole Inner Sphere.

The Bodians provide training, education, and deployment of operatives, and it is the assignment and command branch. It actively seeks new talents and transforms people into useful tools for the Lyran state.

The Molehunters are a counterespionage branch whose duty is to protect the Lyran state against all outside agents. Before the FedCom Civil War they discovered and identified agents from House Marik, Liao, and Kurita, but this changed under Archon Katherine; their new enemies were the MIIO and the DMI. The branch was also active during the Skye Rebellion of 3065 to determine if the rebels had infiltrated government agencies.

Heimdall is an unofficial department and in some ways an internal affairs safety valve. It was formed by LIC agents who simply considered themselves patriotic Lyrans. Unwilling to accept the massive collateral damage that often resulted from Loki operations, they sometimes sabotaged certain operations that they deemed to be going too far. They are the "watchdog" of the Lyran people.