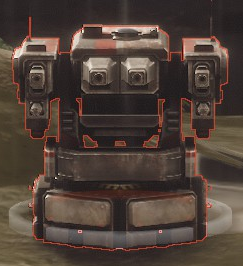 The heavy laser turret is a defensive structure used by several powers. The structure often is placed at tactical locations, such as near entrances or at low-priority bases.