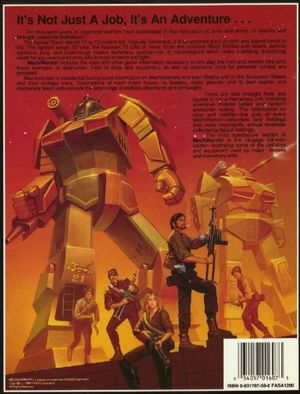 MechWarrior: The BattleTech Role Playing Game was the first iteration of the MechWarrior RPG series. The system is geared towards integration and expansion of the tabletop game and provided rules for creating characters and military units. The book also provided rules for handling personal combat, as well as encounter tables for random events in adventures. The final Appendices portion of the book provides a wealth of information about the BattleTech storyline, including descriptions of each of the Successor States and ComStar, space travel and Inner Sphere economics circa 3025.