The Greater Valkyrate, Oberon Confederation and others were summarily overrun and vanquished during the Clan Invasion in 3049. 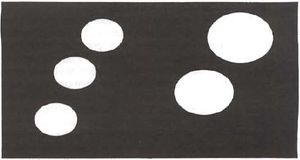 The story of the Greater Valkyrate is that of two disgruntled lieutenants in the forces of bandit king Hendrik Grimm III of the Oberon Confederation, Maria Morgraine and Redjack Ryan. Ryan was forced to flee from the Confederation after he and his unit wreaked havoc on a planet they were supposed to garrison; he subsequently established himself as a pirate king on Butte Hold in 3018.

Incensed at the expulsion of her lover but ostensibly also because of the male dominance in the Confederation, Ryan's lover Maria Morgraine broke away from the Oberon Confederation with some loyal followers as well. They settled on the frozen world Gotterdammerung and declared it the capital of their new pirate kingdom, Morgraine's Valkyrate, in 3021. Over the next two years they brought four more ice worlds under their control: Botany Bay, Erewhon, Lackhove and Last Chance.

In 3028 Morgraine and Ryan married. Ryan's pirate kingdom of Butte Hold was included in the Valkyrate, which was renamed to the Greater Valkyrate.

Morgraine and Ryan had a daughter, Susie Morgraine-Ryan, their sole legitimate heir. She exceeded both her parents as a cruel and ruthless, yet also successful leader and rose to command the Third Battalion of Ryan's Rebels at a young age.

The Clan Invasion of 3049 smashed the Valkyrate. Forces from Clan Jade Falcon overran their worlds, destroying the Second Battalion of Ryan's Rebels on Last Chance. On Gotterdammerung, however, Maria Morgraine dug in with a small force and fought long enough to allow her daughter to escape off-world with two companies from the Third Battalion. They escaped to Star's End and would merge with the remainders of the Belt Pirates to continue the fight against the Clans.

The First Battalion of Ryan's Rebels was destroyed by Clan Wolf forces on The Rock (in the Oberon Confederation). This was presumably the same pirate unit that the Kell Hounds sought to destroy, and under the command of one Kenny Ryan.