Ninyu Kerai Indrahar (Born 2996[1] – Died 3068) was a close ally of Theodore Kurita and succeeded his adopted father, Subhash Indrahar, as the head of the Draconis Combine's feared Internal Security Force. 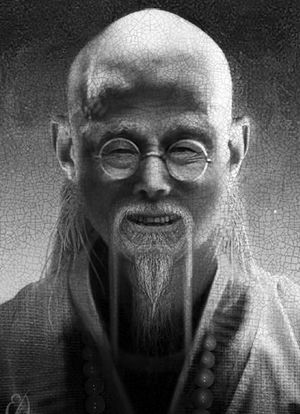 Very little is known of the early life of Ninyu Kerai. It may be speculated that Subhash Indrahar had his early history carefully erased to help make him a more effective intelligence operative. Even by the early 3060's when he was already ISF Director, foreign intelligence agencies still knew next to nothing about his past. [2]

What is known is that he joined the ISF at a relatively young age, and by 3018 he had already chosen by Indrahar for his Ryu no Musukosan ("Sons of the Dragon"), a group within the ISF completely loyal to the Director that performed missions unknown even to the rest of the agency. It was during that year and in that capacity that he first met Theodore Kurita, heir to the throne of the Draconis Combine. He participated in an exercise on Kagoshima whereby Subhash had his agents test the mettle of the young Kurita before formally inducting Theodore into the group. [3]

At some point during this time, Kerai apparently assisted Theodore Kurita again during a "commando scare" on Al Na'ir. [4]

By 3025, Ninyu officially held the rank of Tai-i in the DCMS and assigned to the 11th Legion of Vega on Marfik. Unofficially, he was tasked with keeping tabs on the various "malcontents and undesirables" typical to the Legion at that time. So it was that he would again serve with Theodore Kurita when the newly minted Tai-Sa was appointed commander of the unit. [5] During this period, he assisted Kurita in concealing Theodore's marriage to Tomoe Sakade, and helped him safely withdraw his children from the border-world. [6]

In 3028, Hanse Davion launched the Fourth Succession War with an invasion of the Capellan Confederation. To support this move, the Lyran Commonwealth launched Operation GÖTTERDÄMMERUNG, a full-scale invasion of the Combine. As part of this operation, the 4th Skye Rangers attacked Marfik. Though committed to taking the planet, the Rangers had the equally important goal of capturing the Heir-Designate. Despite the Legion being hopelessly outclassed, under Theodore's leadership the unit waged an effective guerrilla campaign. As the Legion was slowly pushed towards the inevitable, Kerai's skills would be critical in evacuating Kurita and his command staff from the planet, stealing a Lyran JumpShip in the process. [7] They then travelled to Vega, which also faced invasion. With a campaign of sabotage and misinformation, Kerai was critical in helping Kurita drive the 3rd Lyran Guards from the planet. [8]

Kerai remained on Kurita's command staff for the remainder of the war, serving as an unofficial liaison from the ISF and continuing to use his exceptional abilities as needed. 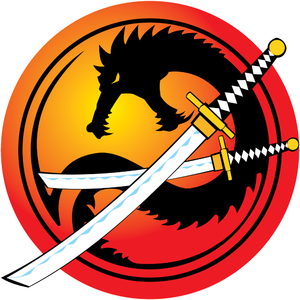 By 3033, Kerai had been adopted by Subhash Indrahar as his foster son, and was often seen accompanying the Director on Luthien.[9] Upon the public revelation of Theodore's marriage and children, the elder Indrahar sent his foster-son to eliminate former ISF agent Kathleen Palmer, who years earlier had seduced Theodore Kurita and unbeknownst to the heir, had borne him a son out of wedlock. Tracking his quarry to Wolcott, Kerai killed Palmer and the boy with her. He would not discover until years later that the boy was a decoy, and the real Franklin Sakamoto had been sent off under the protection of Marcus Kurita.[10]

In May of 3034, at the height of the Ronin War, Kerai acted on Theodore Kurita's orders as he assassinated Marcus Kurita on Predlitz, thereby helping to clear the path for the birth of the Free Rasalhague Republic. In typical fashion, Kerai framed the Lyran Intelligence Corps for the attack.[11]

As they prepared for the inevitable invasion by the Lyran and Federated Suns allies, the Kanrei assigned Ninyu to coordinate ISF operations in the Dieron Military District, forcing him to work alongside Warlord Michi Noketsuna, the former Bounty Hunter, much to his chagrin. By this time, he held the rank of Sho-sa. [12][13]

Most notably, he coordinated the DEST attack on the Lyran High Command Staff meeting on Vega on July 12, 3039. This attack incapacitated General Nondi Steiner for the remainder of the war and killed many of the best and brightest young officers on the command staff. Even more relevantly, it left Kathleen Heany and many of the other "traditional" Lyran commanders in charge of the Lyran thrust. This effectively neutralized the LCAF for the remainder of the war. [14][15]

After the war's end, Ninyu continued to serve Subhash Indrahar and the ISF, eventually formally changing his name to Ninyu Kerai-Indrahar. Sometime prior to 3054, he was named Indrahar's heir and successor, an appointment approved by both Takashi and Theodore Kurita. [16][17]

When Takashi Kurita's obsession with Wolf's Dragoons again threatened the Combine, father and adopted son resigned themselves to action. On the morning of the day the Coordinator was scheduled to face Jaime Wolf in single combat on Luthien, they made their move. Originally, they planned to use Michi Noketsuna as a cat's paw to assassinate the Coordinator. When Takashi's reasonings to Noketsuna turned him from his vendetta, Ninyu ordered his operatives to strike down Takashi. The Coordinator's skill and the impending arrival of the Otomo foiled this plan. Nevertheless, Ninyu escaped, and Noketsuna's sacrifice convinced Takashi to secretly commit seppuku to preserve the Combine's honor. [18] Despite Theodore learning of Ninyu's actions, out of his dedication for acting in the best interests of the Dragon, he did not move against his former friend. 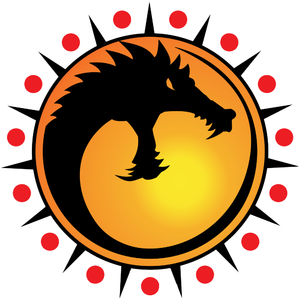 The seal of the Sons of the Dragon, which Ninyu served for most of his life and later led

Around 3056, Ninyu became involved in a conflict between the Ninth Ghost Regiment and the mercenary unit Camacho's Caballeros employed by Chandrasekhar Kurita's Tanadi Computers based on Hachiman. He was apparently manipulating the situation to his own ends.[19]

By 3058, he had finally replaced Subhash Indrahar as director of the ISF.[20] He also ostensibly took over as the nominal leader of the Sons of the Dragon.[21] Kerai was a known opponent of Theodore's plan to unite any sort of multi-House effort to find and attack the Clan Homeworlds, a plan that eventually resulted in the Second Star League.[22]

It was during this year that the Kokuryu-kai organization plotted to assassinate Theodore Kurita on his 61st birthday. Again manipulating matters behind the scenes, Kerai would see the plot defeated using the Caballeros and the 9th Ghost. Tomoe Sakade herself would kill the assassin. Naturally, this entire incident was concealed from the public.[23]

In early 3062, he prepared a report to Star League intelligence on the current state of affairs of the Combine, including biographical information on key members of the Kurita family. When it was received by Star League Defense Force Intelligence Head Jerrard Cranston, he forwarded it to Precentor Martial Victor Steiner-Davion, noting the omission of Victor's lover, Omi Kurita, from the report. Cranston speculated that Ninyu was attempting to send them a message with that omission.[24]

When the Word of Blake launched its Jihad against the Inner Sphere at the same time the Kokuryu-kai made its move to seize Luthien, the ISF was as unprepared as any. During the fighting on Dieron, the Director was seriously wounded when Light of Mankind units attempted to cut off his escape.[25]

In December of 3068, reports confirmed that Ninyu had escaped Dieron, and was being treated at a medical facility on Benjamin. The report indicates that the facility in question was destroyed during an AFFS raid, and that the Director could be considered killed.[26][27][28] Conflicting reports indicate that he was killed during an attack by the Blakists' 28th Division and 45th Shadow Division.[citation needed] Benjamin was defended by the 6th Ghost at the time, which was effectively dissolved as a fighting force due to their losses.[29] He was succeeded as the head of the ISF by Shakir Jerrar.[30]

Like his adopted father and mentor, Ninyu placed his loyalty with the welfare of the Combine itself, rather than its leaders. This extended even to the Coordinator and to House Kurita. He was a brilliant intelligence operative who performed many acts of espionage and assassination for the Combine. Indeed, unlike Subhash, Ninyu seemed to relish the power over life and death of others with an almost sociopathic zeal, and with a confidence that surpassed the point of arrogance. In his younger years, he often projected a false image of disinterest and even sloth, which did not fool those who knew him. Despite all these other qualities, he showed genuine respect and admiration for Subhash Indrahar, treating him as a son would a father. As a spymaster, he would prove to be just as effective as he had as an operative. High-level Black Dragon Society communications named him their "most hated foe".