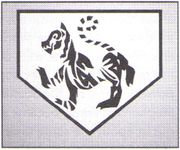 Ozawa is a ravaged and partially irradiated world in the Federated Suns' Draconis March near Terra.

Ozawa was settled during the first Exodus from Terra by mostly Japanese colonists that fell in love with its rough but beautiful weather conditions. The world's rise began with the discovery of a large deposit of industrial metals which turned the planet into a major manufacturing center. At the time of the Star League the world was known for its high-tech electronics and with Diplan 'Mechyards the home of an important producer of BattleMechs for the SLDF. Furthermore the League built the city of Prosperity as a financial hub for the whole Federated Suns member state. But although it was highly industrialized the people of Ozawa ensured that the environment was not damaged at all.

Between the fall of the Amaris Empire and the Exodus a number of Terran Hegemony worlds were annexed by the various Houses; Ozawa was one of those, annexed in 2783 by the Federated Suns.[9]

All the effort should prove to be futile. When the Hegemony fell apart Ozawa's importance and position between three houses led to fierce battles over its possession. When the Federated Suns were about to conquer the planet during the Second Succession War the Draconis Combine denied House Davion the ultimate prize by destroying its valuable BattleMech factory together with the city of Prosperity and a good portion of its surface in a nuclear inferno. But its rich resources could not be destroyed and therefore the ravaged world of Ozawa was still an important industrial world to House Davion.

Ozawa was invaded during the first half of the major invasion into the Federated Suns launched by the Draconis Combine in May 2787.[11]

Republic of the Sphere Era[edit]

The slowly recovering world of Ozawa was among the systems gifted to the Republic of the Sphere after the Jihad and became its capital of the Prefecture III. When Katana Tormark abandoned the world and her position as Prefect to lead the Dragon's Fury, forces from Bannson's Raiders arrived to secure the interests of Bannson Universal Unlimited. Shortly thereafter, a detachment of Spirit Cats under the command of Star Colonel Rikkard Nova Cat landed and defeated Bannson's troops, securing the prefecture capital for the Cats by February 3133.[44] While serving as a Republican Senator for Ozawa[45] - a tenure that began in 3124[46] - Kev Rosse had based the Spirit Cat cult on Ozawa, although that hadn't been enough to prevent Jacob Bannson from trying to seize Ozawa in 3132. By the time Rikkard Nova Cat's troops had driven the Raiders away in January 3133, thousands of acres of woodland had been destroyed.[45]

- At this point in time the 1st Federated Suns Lancers operating at 75% of full strength, with 100% of their equipment featuring upgraded technology.

- At this point in time, the III Triarii was at 45% of full strength, with 60% of their equipment featuring upgraded technology.

Though a world of extreme weather and tide conditions caused by its large moon, Ozawa had once been a very beautiful world. But the intense fighting of the Succession Wars and the massive use of nuclear weapons turned the planet into a devastated and contaminated wasteland. Although the world recently shows signs of recovery Ozawa is still plagued by horrific lightning storms and at some places the radiation level is still lethal. Of its five continents Sendai, Niigata, Todoga, Muroran, and Kushiro, only Todoga and Kushiro are populated more densely. There the people live in domed cities far away from the hot zones.

Despite all this Ozawa's large deposit of important industrial metals still ensures a strong industrialization. The planetary capital of Sapporo is located in the area of Lake Washington on Kushiro and Todoga is home to Wunderland Enterprises.