Protector of the Realm 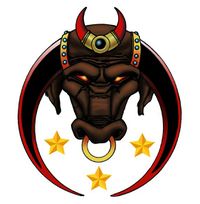 The Protector of the Realm, or simply Protector, is the chief executive of the Taurian Concordat as well as the Commander in Chief and Senior Marshal of the Taurian Defense Force.[1][2][3]

Initially created at the birth of the Taurian Concordat, the title and position of Protector has been handed down as a hereditary leadership position within the Calderon family since the beginning. Founded as a constitutional Monarchy, the Protector is the leader of a nation that is based on democratic principles.[4][3]

The traditions of this position were first established by Timothy Calderon, second leader of the nascent Taurian state. His position allowed him to establish a social contract that allowed unparalleled freedoms of the peoples and disparate worlds that would one day become the Taurian Concordat.[4] This tradition in regards to freedom of expression extends even to the Taurian military, where members of the TDF are expected to support and respect their Senior Marshal but also are allowed to advise, and if needs be replace, a leader that is that neglects the common good of the Taurian people.[5] This attitude is due to the views of the TDF that they owe allegiance to the Taurian people rather than to an abstract state or single ruler.[4][3]

The Protector is advised by a Privy Council. Initially this council was made up of the leading family heads of the initial Calderon expedition to the Hyades Cluster. Currently it is comprised of representatives from each major department of the Taurian government as well as discretionary advisers appointed by the sitting Protector. The duties of this council are to meet on a regular basis to provide advice and recommendations to the Protector regarding matters of policy both internal and external.[1][2]

The powers of the Protector are limited by the Taurian Constitution to policy matters regarding the Concordat relations both internal and external to the realm. During normal periods the Protector rules at the consent of the Concordia Courts which review all statutes enacted by the Protector. This changes in times of war when the Protector takes on emergency powers which permit full and complete authority without oversight over all matters that concern the state's ability to prosecute the war effort.[1][2]

The Protector of the Realm is exactly what the name implies. The holder of this vaunted position of authority in the Taurian Concordat is the people's Protector and rules at the discretion and forbearance of the people they have chosen to serve. The responsibilities of this office are rewarding and daunting, and many have both risen to glory and fallen from the heights, sometimes in the same individual's performance as the leader of the Taurian people.