Rafe Kardaan (born 22 January 2764[1] - died 28??) was the first saKhan of Clan Cloud Cobra. He was a prominent player in Operation KLONDIKE, both in the naval operations leading up to the invasion, and also during the opening phases. He was likewise invaluable to his Clan and their campaign, handling most of the planning and execution of operations after rejoining the main force on Babylon. Rafe Kardaan would become his Clan's second Khan, continuing to shape his Clan's Touman into a potent aerospace force until he stepped down from office at age 79.[1][2]

Born as the unrest that heralded the final years of the Star League was coming to a boil, Rafe Kardaan was 15 years old when Terra was liberated by the forces of the SLDF and General Aleksandr Kerensky. A precocious young training pilot who was living his dream, he was already licensed to operate several types of craft, many of which he was technically not old enough to pilot. Two years before the liberation, he had traveled to New Earth and convinced the training officers to accept him despite his young age. He graduated in record time and was flying soon after, a young officer destined for a long and brilliant career.[1] 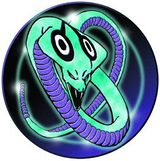 Exodus, The Clans and the Cloud Cobras[edit]

By the time of General Kerensky's Operation EXODUS, Rafe Kardaan was already in command of a squadron of SLDF Aerospace Fighters. He was well on his way to higher command. Surviving and thriving in the smaller, drawn-down SLDF of the early colony era, he was promoted often, achieving the rank of Admiral and a virtual sharing of command of the Star League navy with Admiral Stephen McKenna.[1]

He was counted among those who went with Nicholas Kerensky on the Second Exodus to Strana Mechty after the death of the Great General and the riots and revolution that followed.[3] When Nicholas Kerensky unveiled his plan to divide his followers into twenty Clans, Rafe Kardaan was appointed to be the saKhan of Clan Cloud Cobra, pairing his youth and energy with the spiritual-minded Khan Windham Khatib. Khan Khatib would spend his time and energies on building up his warrior's minds, as well as their ethics, saKhan Kardaan would teach them to fight in the ways that he knew best. He would begin shaping his forces into an efficient Aerospace fighting force, and his warriors would soon adopt his love of flying.[1]

Before the Pentagon Worlds could be invaded, the newly-formed Clans would have to first perform an in-depth reconnaissance survey of the five star systems. Lead by Clan Star Adder Khan Absalom Truscott, saKhan Rafe Kardaan would work closely with Clan Snow Raven Khan Stephen McKenna, his long time SLDF naval comrade. Operation: Sable Sun, launched in 2817, measured the space-borne traffic flow in to, out of and between each of the Pentagon Worlds, in addition to monitoring all communications while scouting the major powers on each world. They would perform their task with diligence and skill, but still would not have all of the enemy's cards uncovered by the time the invasion was ready to launch. It would take a lot more than that, however, to halt the upcoming invasion, one that was twenty years in the making.[4]

Launched in 2821, saKhan Rafe Kardaan was designated as overall commander of naval operations in the Babylon system. As Babylon had the most naval traffic of the Pentagon Worlds, saKhan Kardaan had planned well to handle all contingencies. His main task was to secure both jump points as well as a large orbital cache of SLDF naval vessels that included many WarShips. The jump-in was successful at both points with only three rebel JumpShips getting away that were unaccounted for in after-action reports. SaKhan Kardaan had ordered the insertion of space marines and special forces into the cache well in advance of the invasion to sabotage defense systems and assist in subduing the rebel spacefarers who had made the cache their home in the years since the Second Exodus. [5]

After the four Clans had landed, saKhan Kardaan was ordered by the ilKhan to take control of matters regarding escaped rebels from the Pentagon Worlds. In what would later be called the Battle of the Pentagon Run, Rafe Kardaan led a task force with ships drawn from multiple Clans against the spacefarers who escaped the Pentagon Worlds, as well as others who had not been in the Pentagon at the time of the invasion. At first having little luck picking up the trail of his prey, saKhan Kardaan would find the clue that led to the rebel's main base and other rendezvous points in the navigation core of a crippled Riga-class destroyer. After a few more running battles, the Clan task force would claim victory in a major confrontation that broke the rebel fleet and ended the string of naval clashes well before the end of 2821. SaKhan Kardaan's task force had destroyed almost all of the opposing naval forces, bringing many of the rebels under Clan control to be assimilated into the new society and capturing many naval assets in the process.[6]

SaKhan Rafe Kardaan was back on Babylon in time to take on the rebels at and around New Drineshane. Having his Aerospace Fighters patrol the area, attacking isolated rebel forces where they could, the rebel stronghold was quickly identified. Taking the city after a short battle in the middle of the night, their aerofighter Stars and Ice Hellion counterparts and invasion partners went off to patrol the countryside in the morning, searching for the enemy forces that were expected but so far unaccounted for. After a few hours, combined forces of three rebel leaders that had been using the city's sewer system as refuge poured out and onto the remaining four Stars of Cobra 'Mechs defending the city. After twenty minutes of relentless attacks and losses approaching 50%, the Cobra forces were finally relieved by the return of saKhan Kardaan and his fighters, and after twenty more the speeding Ice Hellion 'Mechs led by their Khan Stephan Cage. Turning the tide quickly, the rebel forces were routed and destroyed by the swift reaction, saving more than two Stars of Cobra 'Mechs from destruction.[7]

After taking the Shoshi'i Islands in the seas separating the continents of Solath and Corsen, a major disaster of the natural variety occurred: A huge volcano erupted unleashing earthquakes and tsunamis up and down the coastlines of Solath and Corsen along the Shoshi'i Sea. Khan Windham Khatib would order his Cloud Cobras to aid the victims of the disaster, assisted by what help Khan Cage could lend from the Ice Hellions, becoming a relief force that saved tens of thousands and helped to ingratiate the conquerors to the people of the affected areas.[8]

The Cobras and Hellions would continue working together, with Khan Cage and saKhan Kardaan planning assaults that combined the strengths of each Clan. Gralen fell after six days of aerial bombardment, having very few defensive preparations. The proto-state called the Oppenreich would be a much harder nut to crack. Located high in the mountains and rugged backcountry of Corsen, it was a maze of canyons, cliffs and valleys making it a nightmarish target for attack. Forming a plan that coordinated the Cloud Cobra's precision aerospace fighter strikes called in by a rotating cast of Pilots utilized as spotters, with the fast light 'Mechs of the Ice Hellions, the Oppenreich would struggle for several more months before falling in March of 2822. The rest of Corsen would fall soon after, as the campaign for Babylon came to an end.[9]

Cobras in the Golden Century[edit]

Khan Khatib would step down after the Annihilation of the Not-Named Clan in 2823.[10] Rafe Kardaan was elected to be the second Khan, ruling for twenty more years before the infirmities of age would lead him to likewise step down from Khanship. Just as power changed hands between Kahtib and Kardaan, a major rebellion took place in the Cloud Cobra ranks, with many desiring to part with the Way. Little is publicly known regarding this internal strife, but sources indicate that the Cloud Cobra's Alpha Galaxy was the eye of the storm. Khan Kardaan would end up executing 70% of the warriors after trials to decide their fate.[11] Only those who acknowledged the Way of the Clans as supreme survived this quiet purge. But after this, his Clan would be free to grow as one, though diminished as they were. Cobra scientists during this time were leaders in the field of genetic engineering, perfecting the iron womb technology of the Clans, as well as making advancements in energy weapons. Khan Rafe Kardaan would continue the Clan's path of choosing air and space power over ground forces, setting it on its path for the future. They would attract the attention of Clan Coyote with their scientific advances and know-how, fending off as many of these attacks as they could with their small but potent Touman.[2]

But not all went smoothly for the Cobras during this time. At some point in Khan Kardaan's reign, Clan Mongoose and Clan Cloud Cobra set up an exchange deal: the Cobras offered two large shipments of aerospace fighters while the Mongooses offered territory on Circe. After a delay caused the second shipment to be a day late, the Mongooses took the fighters but called the deal off, saying that the Cobras had broken their agreement. Taking the matter to the Grand Council, the deal was ruled fair, that the Mongooses had the right to cancel the deal after the Cobras were late, but that they should not have accepted the second shipment of fighters. Ordered to return the fighters of the second shipment, the Mongooses sent them back to the Cobras in pieces. Little would be done militarily regarding this incident, but later on, after Clan Mongoose was Absorbed by the Smoke Jaguars, irony would come full circle when the Cloud Cobras and their new Khan, Josef Mannix, swept up many of the unused pilot Blood Heritages of the former Clan. In a move that would irritate the Jaguar Khan, they would immediately activate these lines to inflate the Clan Cloud Cobra Touman.[12][13]

Most saKhans would not get a chance to influence their Clan as much as Rafe Kardaan influenced his Clan. First as saKhan, then later as its second Khan, he would spend much of his time doing what he could to improve his Clan's fighting force. To this day, the Cloud Cobras maintain a heavy aerospace bias, a tribute to the mark he made on their military philosophy. As founder of the Kardaan Bloodname House, his genetic legacy produces some of the best Aerospace Pilots in all of the Clans.[14]