Several different archetypes can be found between the Solaris Denizens. Their actions, how they interact between them and with the real stars of the Solaris Games is what sets them apart.

In every world there is somebody that knows people and that can put them in contact with whomever you might need: a stablemaster, an assassin... They are known from their contacts and their capability to get anything done for a price.[1]

Gangster
The dark side elements behind life in every planet. Gangs, Mafia, Yakuza. They have a bit of everything. Fighting between them to control the dark side of the planet.[8] After the Jihad, the problems around Solaris City increased with the return or refugges. At that time, the government struck a devil's bargain in 3072 with the surviving Mafia and with surviving elements and the Triad and Tongs, which became the effective overlords of the refugee camps. The Yakuza had been virtually annihilated in the 3071 fighting.[9]

The Mafia is the single most powerful and dangerous criminal entity on Solaris VII. The Bertoli Mafia family is in charge of Solaris Mafia, though there is also another big competitor ,the Gambelli[10]), and several other smaller families (with ties to other planets) have operations in Solaris. On 3051, the Bertolli familiy was at war with the Red Cobra triad.

Several Yakuza families operates on Solaris, though competition between them is low. There are four big Yakuza families in Solaris VII, among them the Hamagachi Clan. Their enemies are the triads and the Bertoli.

The weakest of the big three, there are several Triads and Tongs working in each sector of Solaris City:[17] Unlike Mafia and Yakuza, it is not strange to have the Triads and Tongs fighting between themselves.[citation needed]

The Bloods are a group of male-dominated gangs. Bloods usually cooperate between them. They hate the Yakuza with passion and the sentiment is reciprocate. Violence between the two groups is near-continuous.[19] 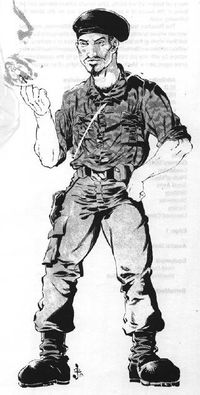 In the Inner Sphere there are spies, and the reality has shown everybody that all powers try to spy on their enemies: House against House, Corporation against Corporation... Solaris VII is no different. But here, the espionage work is usually between Stables.

Ghost is the term used in Solaris to identify spies. Simply said, a ghost is there to spy to you out-of-towners.[26] The usual tactic is to infiltrate the ghost as part of the other Stable's team, is possible as a MechWarrior.

These are the Warriors that believe in nothing but their own abilities and who came to Solaris VII to seek fortune in the Solaris Games. Every year lots of them come to the planet, their skills are unquestioned, but that is not enough in Solaris. If they are not able to control their pride, they will fall... and around Solaris VII pitfalls lurk around every corner. And that without taking into account the dark side of the Games.[27]

As in most places, there is always somebody with access to desired knowledge. People who know people, who know whatever somebody might be interested in. In Solaris where Solaris Games information is also a relevant commodity, some elements work with.

Mechbunny
History is full of famous sportsmen and women that has been followed by crowds of fans and groupies. A Mechbunny (a term used irrespective of gender) just takes this to the next level in their efforts to be seen and attract the attention of their idols. It is very common to see them carrying hasty autographed mementos or the latest arena gifts. They are considered basically harmless and live to bask in the glow of fame[29][30], though occasionally they can go to some dangerous extremes to be with/touch the subjects of their adoration.

Master/Ace Technicians are a must in every BattleMech equipped Unit, but on Solaris, where customization and high tech is the norm, some of the best techs in the Inner Sphere can be found. Some of them have opened their own small facilities/shops. Others are used to work directly at the Stable's facilities. 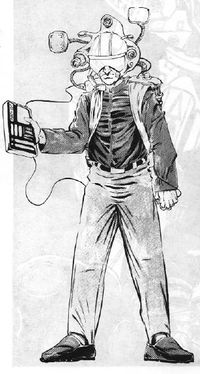 Mechbunny
All planets have several press media, but Solaris VII attracks them as honey to bees. Media is mostly focused in the Solaris Games and all who gravitate along it. Their work is also more dangerous as in other planets, with from official to more fuzzy people looking upon them just to "decide" if their life has to be forfeit or not.[45]

They could be noblemen or businessmen, but whatever the case, they are the people willing to invest in a 'Mech Stable (but without actually becoming the owners) or to invest in a private team of operatives, or directly with an specific MechWarrior. As such, they are essential to life in Solaris, even more for those MechWarriors seeking fame in the arenas.[67]

The men and women operating/owning the Solaris VII stables. Most of them are known for thinking that their word is law (something that inside their Stables it is true).[69]

For a list of fighting stables and cooperatives, see here. Inside each of them references for the Stable Masters can be found. 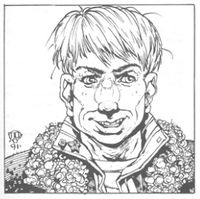 Sycophant
Like Mechbunnies, Sycophats are part of the Games. They are the true "fans" of the Games, well, two steps more. It is easy to spot them as they usually cover their jackets or other clothes with every trinket related to every Solaris Game topic. They have no life of their own, living only to religiously follow the games and the exploits of their favorite 'Mechwarriors. Most of them will able to quote you anything related to the Games... but do not piss them off.[70] 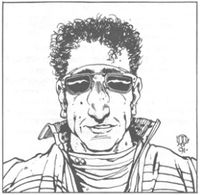 Wannabe
If you dress like a MechWarrior and you talk like a Mechwarrior, you are a Mechwarrior could be the best description for this group of people. They can look good, but it still easy to detect them for what they are. On their fighting skills, it is possible they really have some talent, but no actual experience other than thousands of hours on stripped-down simulators at the arcade.[71]