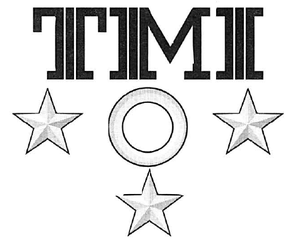 Headquartered on Taurus, the Taurian Ministry of Intelligence (or TMI) is the intelligence agency of the Taurian Concordat. The TMI reports to the Taurian Minister of the Interior and is first and foremost dedicated towards the internal security of the Concordat. This almost exclusive focus, combined with the natural friction between security and liberty in an egalitarian society such as the Concordat's, has historically hampered the TMI's effectiveness, particularly when conducting covert operations against external enemies.[1]

The TMI traces its origin to the Concordat Security Service (CSS) formed in 2361, which was attached to the Concordat Navy as essentially a picket fleet. Conflicts with the Concordat's neighbors, particularly House Davion, caused a number of reforms to turn it into a true intelligence agency. While the CSS had some successes during the Reunification War - particularly Case Amber - fanatical devotion to the cause meant many agents were willing to sacrifice themselves to achieve victory, leaving behind very few survivors by the conflict's conclusion. The CSS was officially banned by the Star League after the war, but would find itself "reborn" as the Taurian Freedom Army, freedom fighters who helped ignite the New Vandenberg Uprising.[2]

With the dissolution of the Star League, the Concordat created the Taurian Ministry of Intelligence from survivors of the Taurian Freedom Army and descendants of the original CSS. Initially the TMI was well-supported and funded as the Concordat feared an invasion from House Davion, one that would never come after the onset of the Succession Wars. Centuries of relative peace eventually caused the TMI's abilities to atrophy, particularly under the regime of Thomas Calderon who funneled more and more resources to the Taurian Defense Force to defend against an "impending" Davion attack. Protector Calderon's 'paranoia' regarding the Concordat's ancient enemy was not helped by poorly-executed TMI operations which suggested the Federated Commonwealth was ready to strike, causing the Concordat to ignore more immediate threats. Even the existence of the Clan Invasion was dismissed as a Davion plot before finally being confirmed years after it had begun.[2]

Jeffrey Calderon's assumption of the Protectorship brought about the hope for much-needed reforms and increased funding, but his unforeseen assassination on Detroit in 3060 put an end to those plans. With assistance from the Capellan Confederation, the TMI determined it had been a Davion agent responsible for instigating the Colonial Marshals' actions, refocusing their attention on House Davion once again. Though Grover Shraplen did increase the TMI's budget, it could not help prevent the Concordat from being blindsided by the creation of the breakaway Fronc Reaches and Calderon Protectorate.[2]

The Taurian Ministry of Intelligence is headed by the Minister of the Interior and divided into five branches, each overseen by a Comptroller, with two of the branches jointly administered with the Taurian Defense Force. Recruitment and training for all operatives however goes through the TMI's headquarters on Taurus.[3]

The Bureau of Analysis handles passive surveillance, including monitoring news media and communications in foreign realms. Historically it has few field operatives and, due to budget constraints, an insufficient number of analysts to sort through the immense amount of data it collects.[3]

This agency is a combination of bodyguard and government liaison organization. Tasked with protecting foreign dignitaries, these agents' mission also includes gathering harmful information from them in unguarded moments, though lack of funding means more emphasis is placed on protection over intelligence-gathering.[3]

The best equipped and funded department, the Concordat Constabulary is charged with locating, identifying and eliminating (if necessary) infiltrators in Taurian society. In order to maintain the "free and open" society of the Concordat, the Constabulary also doubles as an internal affairs department.[3]

The civilian counterpart to the TDF's Propaganda Division, this department seeks to counteract misinformation spread by foreign instigators and bolster public morale. During Shraplen's administration it's most important duties were to highlight victories during the Pleiades Campagin and downplay the secession of the Calderon Protectorate.[3]

The second branch jointly administered with the TDF, the Special Task Groups are commando operatives designed to undertake a variety of special operations, from espionage to counter-terrorism. While normally their operational guidelines restrict them to prevent the violation of human rights, during wartime conditions they are essentially allowed to act as state-sponsored terrorists.[3]