Located on Benjamin, the Dover Institute grew out of the destroyed People's Reconstruction Effort (PRE). The Institute trains MechWarriors to think before they act, and can spend days dissecting a single simulator battle. Since the military academy is part of a larger, civilian institute; MechWarriors often have a more liberal background in literature and the sciences than graduates of other military training centers. 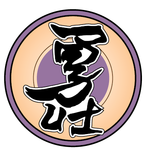 One of the least prestigious academies in the Draconis Combine, DDG is essentially what its name implies. Cadets have the freedom to take what what courses they desire, which are often hastily assembled and meet in a corner of the massive gym. Once a cadet has accumulated enough class time, he or she can earn a sort of "pass" for simulator time. Once enough sim hours have been logged, they qualify for a live-fire session. Some cadets take their time graduating, while others hurry out as quickly as possible; but all are battle-ready. DDG, which is located on Shionoha, only graduates around fifteen MechWarriors a year, but they are generally the most well-prepared graduates.

Located on New Samarkand, the ISC is the required academy for the Combine's feared Internal Security Force. The enrollment lists are classified, and classes include espionage, interrogation and terrorism. Nevertheless, a significant number of graduates end up serving the ISF from within the DCMS, often keeping tabs on their fellows.

Coordinator Minoru Kurita established this "university" around the fall of the Star League in preparation for the fighting that he believed was to come (and did, in the form of the Succession Wars). MKU is known for churning out infantrymen as fast as possible, with their first battle often serving as their final exam. Due to the exceptionally high rate of failure of this final, MKU boasts few alumni.

Located on the capital of Luthien, PLO trains MechWarriors and aerospace fighter pilots. The pagoda mostly caters to nobles who will not see actual combat. It focuses on social niceties rather than military training, though such classes are available for students who wish to pursue them. It is the rare student who avails him- or herself of all of the resources at the academy to earn a real education. The highest ranking of the pagoda's alumni is Isoroku Kurita, who was one such cadet.

Located on the original capital of New Samarkand, SZMA is especially notable in that it graduates the most MechWarriors per year of any training facility in the Inner Sphere, over 400. SZMA also has an aerospace fighter pilot program. It is often considered the most prestigious military academy in the Draconis Combine and all of its graduates receive a daisho. SZMA boasts Theodore and Hohiro Kurita among its alumni. 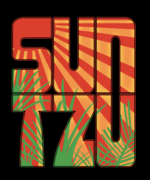 The school of combat instructs all of its cadets in combined-arms warfare, no matter their specialty. STSC is notable in that it is the only school to award a daisho to graduates in all modes of study. Hohiro Kurita attended STSC before completing his training at SZMA, as his father Theodore believes in STSC's approach to warfare.

Located on the border world of Proserpina, UP is one of the centers of advanced technology in the Draconis Combine. Infantry crews, MechWarriors, and pilots are all trained at UP, which was one of the first military training facilities to offer a battle armor program.

Wisdom is more akin to a finishing school or an officer school than a traditional military academy. In fact, only officers and officer candidates may take part in the program. It is not uncommon for seasoned officers to attend the school for refreshers. Regardless of whether an individual received one elsewhere or not, all graduates are given a daisho.