Windham Khatib (3 November 2755[1] - 28??) was the first Khan of Clan Cloud Cobra. A profoundly religious man, Khatib was a tireless worker who taught the importance of spirituality, ethics, and promoted discourse between believers of different faiths and creeds. He would instill these beliefs in his Clan, paving the way for the rise of the Great Cloisters later in their history.

Early Life and the Amaris Crisis[edit]

Growing up on the world of Procyon in the Terran Hegemony, Windham Khatib was raised by his father, a Bishop in the Church of the Crucifix. Raised in a household steeped in belief and faith, Khatib would cultivate his own spirituality from an early age. Soon enough, he would heed his calling in life as a minister of faith, regardless of where that road would lead him.[1]

When the Usurper Amaris took control of the Terran Hegemony, Khatib witnessed many atrocities, especially those committed against the Church where he had been studying as an acolyte. Amaris' thugs stole priceless church heirlooms and icons, murdered his grandmother, Lanai Madonn, the Pope of the Church of the Crucifix, after arresting her, as well as arresting Khatib's father and other leaders of the church. Khatib himself was beaten by the thugs while many of these crimes were committed, reinforcing the emotional pain of the events with physical abuse.[1][2]

Somehow, surviving church officials and friends were able to smuggle young Windham Khatib off-world to a monastery in the Lyran Commonwealth, where he completed his studies, becoming an ordained minister. He sought out the nearest Star League Defense Force recruiter, eagerly joining in the war to liberate the Terran Hegemony.[1]

Windham Khatib became a Chaplain in the SLDF and was assigned to the 335th BattleMech Division. When the unit was destroyed in action, he moved from command to command until General Aaron DeChavilier assigned him permanently to the SLDF command staff. He would follow General Aleksandr Kerensky on the Exodus in 2784, departing the Inner Sphere with the rest of the SLDF.[1]

Khatib was well known to the people of the Star League as the grandson and heir-apparent of the Pope of the Church of the Crucifix. After the Amaris Crisis ended, he would inherit the mantle of the Supreme Pontiff of the Church of the Crucifix, but since Khatib had departed with General Aleksandr Kerensky in the Exodus, Khatib was unavailable to serve as Pope and thus became known as the Pope-in-Exile. 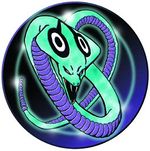 When rebellion broke out on all of the Pentagon Worlds, followed by the death of Aleksandr Kerensky in 2801, Khatib would follow Nicholas Kerensky into exile on Strana Mechty during the Second Exodus.

When the Clans were formed, Kerensky remembered Khatib, and not only for his strong beliefs. Khatib had scored well enough to remain in service after the drawdown of the SLDF, and his tenacity and ferocity while protecting the innocent or when fighting against what he considered to be evil - on or off the battlefield - impressed Kerensky. But the ilKhan knew Khatib's limitations. So when he selected Khatib to become the Khan of Clan Cloud Cobra, he paired him with the younger and more energetic Rafe Kardaan, a former Vice Admiral in the SLDF Navy, to be his saKhan.[1]

The two would work well as a team. Kahn Khatib was free to think about the bigger picture, while saKhan Kardaan handled military concerns. Khan Khatib would teach his warriors the value of ethics, taking care of the minds and spirits of those in his Clan, while Rafe Kardaan drilled them and molded them into an efficient fighting force. Kardaan's training regimen would go on non-stop for five years. At the end of this time the warriors of Clan Cloud Cobra fought as one, in spirit and in form. Soon, their time would come.[4][5]

In 2821, the Clans made their return to the Pentagon Worlds. Selected for the drop onto Babylon, Khan Khatib would remind his troops, as well as fellow Khans, that they were there to help save the people from the hell of the Pentagon Civil War as much as retake the rebel worlds.[6]

But the Cloud Cobra forces would be hamstrung before they hit the ground. SaKhan Rafe Kardaan was ordered by the ilKhan to take charge of a crucial naval operation to destroy or capture the various rebel space forces, and so had to depart from the system on his mission. Khan Khatib would be on his own for the initial months of the operation.[7]

Khan Khatib was no stranger to warfare. Once on the ground, he rallied his troops near their DropShips, having spotted a large rebel force advancing toward them. Working with the Ice Hellions to defend their only way on and off the world, the battle would be hard on the Cobra force, but unavoidable.[8]

After several weeks of fighting near Camlaan and the surrounding countryside, the Ice Hellions and Cloud Cobras broke out and moved to take the eastern and southern reaches of Solath. With Rafe Kardaan back on the planet, along with his two Aerospace Fighter Stars, Khan Khatib could relax a little and let his chosen warlord take control of the rest of the fighting on Babylon.[9]

Khan Khatib would become very active in the leadership of his forces again when a massive volcano that was part of the Shoshi'i Islands exploded, jolting the land with earthquakes and drowning the coasts with tsunamis. He would order his forces to aid the afflicted people, bringing them food and medicine, and evacuating them to safer areas. This effort, aided in part by the Ice Hellions who were still quite busy fighting in nearby areas, would ingratiate the people to their benefactors, easing tensions between conqueror and conquered.[10]

There was yet more struggle on the world, but the capable planning of saKhan Rafe Kardaan and Khan Stephan Cage of the Ice Hellions helped guide them to victory on the continent of Corsen in March of 2822. With that victory ended the Babylon campaign.

Aftermath and the Golden Century[edit]

Khan Khatib would use the city of Hope as his base while inducting the citizenry into the Clans. This was not always a smooth process. Within time, certain ideas that were incompatible with Clan society sprung up in the Clan. While the Jade Falcons and Ice Hellions went through similar growing pains, the Cobra dissatisfaction and solution to it were much more secret in nature, with very few details known to the public. Khan Khatib, and later, Khan Kardaan were victorious in cutting out the cancer, as reported, but at a cost in warriors that they could ill-afford to lose.[5]

At some point soon after the Annihilation of the Not-Named Clan, Khan Windham Khatib stepped down from the Khanship. With a desire to heal the cracks that were forming in Clan society, Khatib would begin an initiative to encourage all who would listen to him to profess their faith, regardless of their religion and across Clan lines, welcoming anyone from any Clan, as long as they were believers. In effect, he established a new religion, called The Way, one that welcomed people from all faiths, holding common belief and faith at its center, as opposed to a specific dogma. Though several Khans would express displeasure at his initiative, Khatib stood by his faith and his convictions. His work would form the foundation from which the great Cloisters would rise, remaining a part of Cloud Cobra culture to this day.[12]

Known as a Healer for his attempts at bridging the widening gaps between the Clans in the wake of the Not-Named Clan's Annihilation, Khatib's greatest legacy is perhaps the Cloisters and their effect on Clan politics in the modern age.[12]

Founder of the Khatib Bloodname House, a descendant of Windham Khatib would become one of the most notorious figures in Clan history: Tobias Khatib. Tobias Khatib ascended to the most illustrious post of ilKhan of the Clans in 2935 by murdering his predecessor, Corian Tchernovkov of Clan Coyote, and covering up the crime. Clan Snow Raven later uncovered the evidence of the murder and presented it to the Grand Council in 2947; the Council ordered the execution of ilKhan Khatib for his act of treason. Due primarily to this incident, they would earn the hatred of the Coyotes, one of the few true enemies of the Cloud Cobras.[12][13]