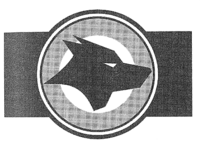 Wolfnet was the intelligence agency of the Wolf's Dragoons mercenary commanded. It included the elite Seventh Kommando.

Wolfnet's points of view are generally impartial towards any particular Successor State and it is known to have infiltrated almost every other intelligence agencies.[citation needed]

During the Jihad, however, the Opacus Venatori eliminated many Wolfnet operatives in the Chaos March.[1]

The following individuals are known to be part of Wolfnet: