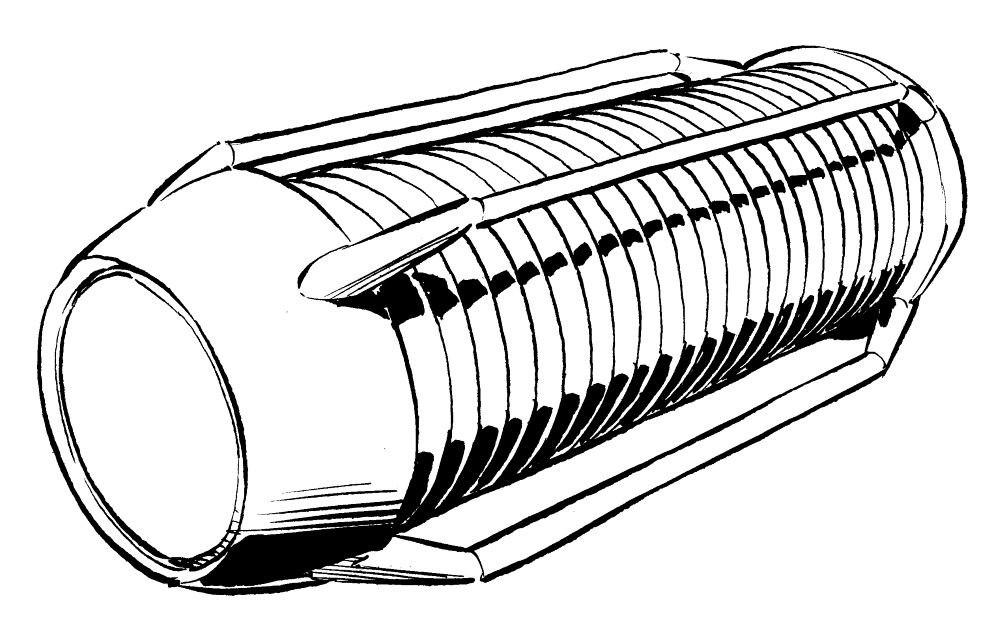 In 3051[1], the Federated Commonwealth started development of the Blue Shield Particle Field Damper (PFD), a defensive system that would reduce damage from PPCs.[2] The New Avalon Institute of Science produced its prototype in 3053. While the field damper did shield the equipped unit from PPC fire, it was also notoriously unreliable in ground units. After roughly a minute of operation, the dust and other miscellaneous debris it sucked in began to adversely affect the operation of the damper, eventually resulting in shutdown of the system.[3] To delay this problem, MechWarriors are known to shut down the Blue Shield if there are no enemy units wielding PPCs, reactivating it if a PPC-equipped foe arrives.

The Blue Shield Particle Field Damper is manufactured on the following planets:

In game terms, the Blue Shield occupies one critical slot in each location (excluding the head in BattleMechs), and weighs three tons. All standard-scale PPC damage (including Support PPC fire) is reduced by half (rounded down) to a minimum of one point.[1][3]

When mounted on a ground unit, the Blue Shield can only operate without error for a total of six turns of play. After that, there is a chance that the system will fail. On turn 7+, the controlling player must roll 2D6. If the roll is less than (2 + # of turns past 6) the system fails. For example, on turn 10, the Shield Damper will fail on a roll of 6 ( 2 + (10-6=4)) or less. The Blue Shield can be activated or deactivated in the End Phase of any turn. If a Particle Field Damper runs for three turns and is then deactivated, note that the system only has three turns of error-free operation left -- deactivating the system doesn't restart the BSPFD's error-free state at 0.

If an active Blue Shield suffers a critical hit, the system immediately fails, and inflicts five points of damage on the area that was hit; this damage is treated the same way as an ammunition explosion. CASE will affect this explosion normally. Inactive Blue Shield critical slots that are damaged are destroyed, with no explosion.[1][3]