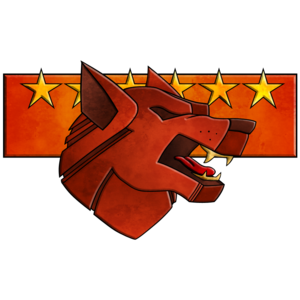 Carew was trueborn, a product of House Nygren, with added genetic material won from House Malthus of Clan Jade Falcon in a Trial of Possession. Sometime later, it was revealed that the particular Malthus heritage claimed by the Wolves was merely a "cadet" heritage, and therefore was considered inferior despite the protestations of the Wolf Clan Scientist Caste to the contrary.[1] Carew was part of a diverse and ultimately highly prestigious sibko that included such future warriors as Ranna Kerensky, Vladimir Ward and Evantha Fetladral.[2][3] Although little is known of his early life, it may be postulated that he passed his Trial of Position with one kill.

Pilot Carew was among the Wolf Clan warriors selected to participate in Operation Revival. Based on his assignments, it may be assumed that he had gained the notice of Khan Ulric Kerensky by this time.

In late 3049, Carew and Vlad participated in the interrogation of Phelan Kell, who had been captured on The Rock in the Periphery. Carew effectively played "good cop" to Vlad's "bad cop", and was able to provide the Wolves with an impressive amount of strategic information on the Inner Sphere and its militaries.[4][5] After Kell was removed from interrogation, Carew assisted Ranna in preparing him for presentation to Khan Ulric aboard the Dire Wolf.[6] Carew served throughout the early phases of the invasion, and on 12 January, 3051, he was chosen to represent Clan Wolf's Aerospace pilots during Phelan's Ritual of Adoption into the Warrior Caste, opposing Cavell Malthus of Clan Jade Falcon, as the former mercenary became Phelan Wolf.[7]

During the journey back to the Clan Homeworlds, Carew, along with Ranna and Evantha, begain training Phelan in preparation for his new career as a Clan warrior. As Phelan was a MechWarrior, Carew trained him in anti-aircraft tactics.[8] Carew disclosed the story of his genetic history to Phelan on Strana Mechty, disclosing that because of the scandal of his Malthus genes, he would be an unlikely choice for a Trial of Bloodright nomination.[1] When the invasion resumed, Carew continued to serve with distinction. It was he who piloted Star Commander Phelan Wolf down to Gunzburg on 31 December, when Wolf was the sole bid to negotiate a surrender with the the infamous "Iron Jarl", Tor Miraborg.[9] Carew was attached to the 13th Wolf Guards under the overall command of saKhan Natasha Kerensky during the fighting on Satalice. There, he provided aerial recon for Phelan Wolf's Star, as they hunted for their remaining foe, who was later revealed to have been Ragnar Magnusson, the son of Elected Prince Haakon Magnusson. Carew was unable to locate Magnusson, and Wolf had him provide air cover.[10] On 8 February, 3052, Carew was among the observers of Phelan Wolf's first round match in a Trial of Bloodright for the Ward Bloodname. Phelan defeated the Elemental Dean in the contest.[11] Carew participated in the fighting on Hyperion, when he helped pin down a KungsArmé commando unit that was planning to blow up a dam.[12] Carew's training of Phelan would ultimately pay off, as the young MechWarrior defeated an AeroSpace opponent in the second round of his Bloodright challenge.[13]

Carew was again attached to the Wolf Spiders during the fighting on Tukayyid. On 6 May, Carew flew cover for Phelan in the skies near Skupo, when he managed to detect concealed Com Guard forces. He later supported Phelan's star in a series of bombing runs.[14][15][16] Three days later, Carew again provided air-cover against the 282nd Division. He and his wingman were forced to break off a strafing run when enemy fighters arrived on the scene.[17][18] His wingman, Virgil, was killed while he and Carew fought a pair of Rapier fighters.[19] Carew pressed on, shooting down one enemy craft and forcing another to retreat.[20][21] The Wolves were ultimately the sole Clan to emerge successful on Tuyakkid, and thus the Truce of Tukayyid went into effect.

In April 3055, Carew accompanied saKhan Phelan Ward on a diplomatic trip to Arc-Royal. There, he struck up a friendship with Phelan's sister, Caitlin Kell. By this point, Carew held the rank of Star Captain.[23][24][25] Later that same year, Phelan persuaded ilKhan Kerensky to allow Carew to command his escort Aerospace Star during the Red Corsair affair. Khan Ward did this with the reasoning that the ilKhan could exert influence to ensure Carew would receive a shot at the next Nygren Bloodright trial, a reasoning that Ulric accepted.[26] Carew alongside the Caitlin Kell and the Kell Hounds, first in orbit at Zanderij where they managed to destroy an Overlord-class DropShip, then on Arc-Royal, where he accounted for numerous kills. It was during the battle on Arc-Royal where Carew uncovered evidence that the Jade Falcons had been supplying the Corsair with equipment, evidence which he quickly shared with Khan Phelan.[27][28][29] Finally, Carew and Caitlin flew cover for the Hounds when the 31st Wolf Solahma went rogue on Elissa.[30]

Carew was physically described as having a shock of yellow hair, with a seemingly disproportionately large head for his body, which was the norm for Clan Aerospace Pilots.[6][11] As a warrior, he was consistently ranked among the elite of Clan Wolf, and was treated with the regard of a ristar even before he won his Bloodname. Based on his associations and reaction to Phelan Kell, he may be classified as a committed supporter of the Warden cause. His analysis of events of the start of the Jihad demonstrated an impressive understanding of the military and political situation of the time,[34] and suggest the potential makings of a future Loremaster.

Carew piloted a venerbale Visigoth OmniFighter, favoring the A configuration.[22][18][28][3]