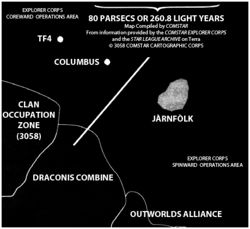 The JàrnFòlk speak a language most akin to Old Norse. It is unknown if the JàrnFòlk maintain many more Old Norse traditions, however the JàrnFòlk do decorate their spacefaring vessels in Urnes-style curvilinear artwork frequently seen in Terran Old Norse ruins. 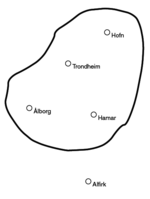 JàrnFòlk society is generally not particularly aggressive, tending to engage in hostilities only when demanded by a blood feud between families. Killings not related to preestablished blood feuds are viewed with extreme intolerance, and perpetrators are mercilessly hunted for any transgressions.