Difference between revisions of "User:BrokenMnemonic" 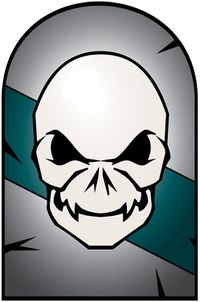 I started playing BattleTech back in the very early 90s, although I can't say with hand on heart whether it was the Crescent Hawks' Inception that lead me to the Fourth Succession War Atlas and BattleTech in general, or whether the Fourth Succession War Atlas led me to the Crescent Hawks' Inception, but between the two I ended up buying a fair number of the sourcebooks before heading off to university. It was at university that I had the chance to play pretty regularly, and I ended up running a mercenary campaign for a group of players for a couple of years. It was at university that I heard about the Clans from players who had more access to shops selling BattleTech material than I did, and my initial reactions to the introduction of the Clans were... well, negative. I'd probably have reacted better if there'd been a balancing mechanism introduced at the time, but BV didn't exist from what I remember, and even back in 1994 there were munchkins on the internet who liked to boast about how their hyper-tuned Clan ERML/LPL Mechs were awesome and they were the best players in the known universe. It's because of that I found myself preferring to play in the 3005-3039 era, although I ended up mostly reading and not playing when I left university and didn't have regular access to a gaming group.

In recent years I've come back into contact with BattleTech and the new timeline largely through contacts in local gaming clubs and the Army Wargames Association; I don't get the chance to play much, but I realised I was enjoying finding out what had been happening in the timeline, and with various sourcebooks being discounted online from BattleCorps and DriveThruRPG in .pdf format I've been doing a lot of reading lately. I'm not overly comfortable with the Jihad timeline, but I really like that past eras such as the War of 3039, the 31st century Ronin Wars, Marik Civil War and Andurien Secession and more recently the Age of War and Reunification War are being developed in detail.

I've been quietly active on the CBT forums for a few months now, and I've seen repeated references to the BT wiki over there, so I've been ducking in here to read whenever someone talks about subjects I know little about. My work involves a certain amount of copy editing, and although I'm not a professional editor or copy editor I do have a reasonable eye for detail; I've found myself making some minor corrections to pages here to tidy up spelling, grammar, typos and the odd broken link, and I thought that it would probably be polite to actually create a profile here so I can be gripped if I'm stepping on any toes. I really like the idea of the BT wiki as a free resource for everyone from new players to old lags like myself, and while I don't have a great deal of spare time lately, I feel much less guilty about using the Wiki so much if I'm also helping a little with it. BrokenMnemonic 14:00, 11 July 2011 (UTC)

I have some catching up to do.

Edits I'm proud of include:

Outstanding Questions That Relate To Sarna[edit]

References From Other People[edit]

Currently, the Quote object on Sarna doesn't work with native links from the Catalyst Game Labs forums. This is a particular problem when attempting to incorporate quotes from the forums to highlight errata or statements made that are canonical, but not drawn directly from sourcebooks. These are the changes that need to be made to restore the functionality of direct links inside Quote objects.


The standard format for attributed quotes is:

The current format of hyperlinks from direct links on the Catalyst is:

To turn that html link into a format that works on Sarna, replace index.php?topic with index.php/topic - changing the question mark to an oblique - and replace topic=9040.msg209218#msg209218 with topic,9040.msg209218.html#msg209218 - changing the equals sign after topic to a comma, and inserting .html after the first msg tag, before the gate. That changes the example above to: