Blaine Lee Pardoe, author of numerous BattleTech novels and source books, recently reported in his blog about a third BattleTech novella he is writing. The story, focusing on Wolf’s Dragoons, is scheduled for release in 2019, following two other novellas from Mr Pardoe, The Anvil and Forever Faithful.

We know that Forever Faithful will center on the Smoke Jaguars after their downfall in Twilight of the Clans and follow them through, I believe, to the ilClan era. We also know that Clan Goliath Scorpion will feature. It’s common knowledge that the last of the Smoke Jaguar warrior caste created the “Fidelis” (a Latin word meaning Faithful) and this elite force served the Republic of the Sphere following the Jihad. The name taken by the Smoke Jaguars, and the title of their upcoming novella, Forever Faithful, are unusual choices for a Clan that was known to openly mock mysticism. To what, exactly, are they “faithful”?

In his blog, Mr Pardoe hints at a number of “seeds planted” that tie in to a “big story arc”. There has been an incredible amount of fan speculation as to what this could mean and a number of conspiracy theories regularly pop up. I’m going to weigh in here with a few thoughts of my own that may or may not coincide with others.

I’ll start by tackling two with one blow: the Fidelis and Devlin Stone. Who the Fidelis are is well known. Why they had such a change in ideals is not. Also shrouded in mystery is the “debt” that they apparently repaid, granting them their release from Republic service in 3150. It seems clear that something significant happened resulting in a major shift in the Smoke Jaguars’ ideals. The annihilation of their Clan is major, of course, but would this alone really cause a transformation from aggressively martial (almost to the point of barbarism) to a more faith-based mind set?

The answer to that is hidden within the identity of the person who gave them their freedom: Devlin Stone.

There are many theories, and still so much mystery, surrounding who Devlin Stone really is. One idea that has crossed my mind (and it’s by no means an original one, I’m sure), is that Devlin Stone was created in an Iron Womb. There are certain links – tenuous I’ll grant you – that may suggest that at least part of Devlin Stone’s DNA came from Nicholas Kerensky. Let’s have a look at some of these: 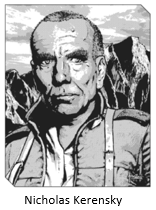 If Devlin knows of his origins and imparted that knowledge to the remnants of Smoke Jaguar, that would cause the marked change in their philosophy that we have witnessed. Additionally, the “debt” that the Jaguars, in the guise of the Fidelis, owed could well be the ideals they held when invading the Inner Sphere. If Aleksandr’s wish was for a peaceful return to the Inner Sphere, and his son held to that vision, then the Jaguars’ methods were in direct contravention of that. If Devlin is being perceived as “The Great Father Reborn” then that could account for their shift.

On the subject of Aleksandr, the “Smoke Jaguar Remembrance” (also titled “The Unopened Work”) states the following (from the Dark Age novel Surrender your Dreams):

The betrayers came and claimed to be our friends. The Custos knew better. He trusted them only as much as necessary. When we learned of their betrayal, he changed us forever. He taught us that freedom, with rules and guidelines, was the key to our survival. We shed the old ways that held us back. We found The Republic and tied our future to the Great Father – Stone.

Here they actually refer to Devlin Stone as the Great Father. That is a title that has only ever been reserved for Aleksandr Kerensky among the Clans. Coincidence or one of those planted seeds? Could it be that Devlin Stone is an amalgamation of the DNA of both Aleksandr and Nicholas?

And who are these “betrayers” that this passage refers to? It could be the Word of Blake, though the passage suggests that there was some trust between them and the fact that the Smoke Jaguars were imprisoned in Blakist re-education camps suggests that no trust was evident there.

That leads me to another possibility: The Blood. Whether it is to be believed or not, the sourcebook Jihad Secrets: The Blake Documents tells of contact between ComStar a 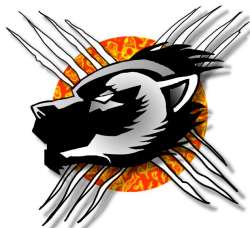 nd Clan Wolverine during that Clan’s flight from the Homeworlds. The tale goes on to suggest that these Wolverines become “The Blood”, a fanatical group that was originally led and shaped by a person called “Marillier”. If these Blood are descendants of Clan Wolverine and form(ed) the core of Word of Blake, it would make sense that the Jaguars sought any way to eradicate them, even joining the Republic’s crusade. This also supports the Devlin Stone/Nicholas Kerensky connection and Devlin’s drive to wipe out the Blakists.

And that leads us right back to the aforementioned novella featuring Wolf’s Dragoons and, potentially, the ilClan. If there is a Kerensky on Terra, will we see Clan Wolf become the ilClan and will Wolf’s Dragoons finally be “coming home”? It’s all speculation, of course, and even if none of it is accurate it can be fun to theorize. What are your thoughts on this? Let me know in the comments below.