MechWarrior Online has been the pinnacle of simulated ‘Mech combat since its closed beta in 2012, and as a PvP game, competitive leagues have surrounded the game since its inception. Now, nearly half a decade later, the competitive scene for MWO is as vibrant and alive as ever, with the best MechWarriors duking it out for fame, glory, and honor. But it’s also grown significantly and knowing where or how to get involved can be daunting. Strap on your neurohelmet while we take a tour of MechWarrior Online’s competitive leagues.

The big kahuna is the one sponsored by the game’s developers, Piranha games. With 2016’s first place team taking home over $86,000.00, the World Championship draws ‘Mech teams from across the globe to compete for real cash. The previous year’s championship saw teams separated by region (North America, Europe, Asia/Pacific) compete in a round-robin qualifier held throughout the year. The top 5 teams from each region then went on to the regional finals, with the winner of each region being flown to Vancouver to take part in the final matches held live at MechCon.

For those familiar with MechWarrior Online’s 12v12 format, the tournament rules were a little different. Instead, matches were 8v8, and followed a strict format: 2 light ‘Mechs, 2 mediums, 2 heavies, and 2 assaults. Each match was held on a capture-the-point style Conquest map, with league enrolled teams voting on which maps would be used to compete. Unlike other leagues, which use the player’s own in-game resources, the World Championship gave each team access to every ‘Mech and weapon system available in the game to ensure player parity. With its emphasis on strict competition, the World Championship brought out the best the world had to offer. So far PGI has been mum on the possibility of a 2017 Championship, but with the success of the 2016 tournament there’s hope an official announcement is just around the corner.

While it doesn’t have the formal backing of the game’s designers, the MRBC takes the title of largest league in MechWarrior Online with over 180 registered teams. Founded in 2014, the league seeks to give players a fun competitive experience at a variety of skill levels. Much like the World Championships, the league is broken down by region (North America, Europe, Asia/Pacific), and each region is broken down into divisions defined by player skill level. Teams compete in a double round-robin format, and at the end of each season the top team from each division is bumped up to a senior division, while the last place team gets relegated to a lower division. Victories are scored not simply through winning a match, but also through a reward system that gives teams reputation points for certain actions during a match (like destroying a number of the opposing ‘Mechs). Although the MRBC is not officially supported by PGI, they have historically received in game currency that is awarded to the winners of each division.

In addition to ensuring participants have fun by competing against players of similar skill level, the MRBC also tries to add variety to their games. Each match is a series of games on different maps, 8v8, with an assortment of light, medium, heavy and assault weight classes. In order to achieve player parity, only ‘Mechs available for purchase with in-game currency are allowed (Hero ‘Mechs, those only available for purchase with ‘Mech Credits, MWO’s real world currency, are not legal). Teams are also only allowed to bring one duplicate chassis per match, meaning if one player brings a Timberwolf (regardless of variant) only one other player on the team is allowed to bring another Timberwolf, and all remaining ‘Mech choices must be the sole example of the chassis on the team. With these quirks, the MRBC emphasizes diversity and enjoyment over strict competition, explaining both its longevity and enormous following. 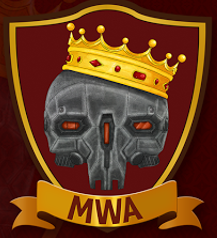 Run by the same people who run the MRBC and begun in 2016, MechWarrior Arena is a 1v1 competitive league that seeks to emulate the gladiatorial ‘Mech combat of Solaris VII. MWA follows a tiered division structure similar to the MRBC that matches players in the same region and the same skill level. Unlike Solaris VII, which broke down its tournaments by the usual ‘Mech classes of light, medium, heavy and assault, MWA breaks it down into 10 ton increments (a 20 ton Locust will fight a 25 ton Commando, but never fight a 35 ton Jenner). More in keeping with Solaris VII (and differing from the MRBC), players are allowed to bring highly customized Hero versions of ‘Mechs to combat. Winners of each division are also awarded in game prizes generously donated by PGI.

There are however some restrictions found in MWA owing to its 1v1 nature. First, streak missiles are not allowed as their presence tends to warp the format and also remove skill from determining the winner of a match. Flamers are also limited to two per ‘Mech so as to prevent each match from turning into a dance of pyromaniacs. Finally, certain ‘Mechs can be upgraded or downgraded a weight class due to their intrinsic performance (such as the Ice Ferret, which competes at the 50-55 ton level) or outright banned if they completely dominate a weight class. As with the MRBC, the emphasis is on variety of gameplay and fun.

Perhaps the oldest of MechWarrior Online’s unofficial leagues, Run Hot or Die began in the days of MechWarrior’s closed beta. For several years, RHoD was the premiere MWO competitive league covering North America and Europe, however saw its popularity wane in 2016 with the rise of the MRBC. The league returns with a fresh new format that will bring even more variety to the competitive scene.

RHoD is a single-day, Swiss Pairing, single elimination, bracket style tournament that pits warriors in 4v4 lance combat. Each match is a best of seven rounds, with each round having either a weight limit or a class restriction for the 4 ‘Mechs each team drops with (for example, one round may allow 200 tons of ‘Mechs, but another round will require each team bring one light ‘Mech, 2 mediums, and 1 heavy). Teams are also limited to 2 chassis per match, meaning if during one round a team brings two Stormcrows, they are unable to use any Stormcrows for the rest of the match. There’s no limitation on which ‘Mechs can be brought except they must be available for purchase either with in game currency or real currency (eliminating ‘Mechs that are only available via pre-order). There are also no restrictions on weaponry, giving RHoD players a wide array of options they can bring to each lance vs lance encounter.

Competitive play in MWO isn’t limited to leagues. Smaller, for fun tournaments are held all the time, and are advertised on the MWO forums and community page. Many have a charity focus, such as the MercStar Invitiational, which pits players in simulated ‘Mech combat to support the National Multiple Sclerosis Society. There’s even a recently released Stock Class tournament that forces players into non customized versions of their favorite ‘Mechs, eliminating the need for costly upgrades in order to compete. No matter what your skill level or resources, there’s a place for every player in MechWarrior Online’s competitive scene.

One thought on “Meet the competitive leagues of MechWarrior Online”