The subject of balance is something that has recently captured the attention of Russ Bullock, President of PGI, after an explosive video was posted by part-time playwright and full-time competitive MechWarrior critic Dane “Jarl” Crowton. The video brings a no-holds-barred message to the guy in charge of MWO in an impassioned plea to return something that has been sorely lacking in the game, and that’s game balance between various ‘Mechs, weapon systems, and even between the Inner Sphere and Clans themselves.

BORING BALANCE or the UNFUNNING of MWO
Watch this video on YouTube.

The Need For Balance

Now, before we even begin, we all know here at Sarna that the Clans were never supposed to be balanced. They were supposed to be vastly superior to the Inner Sphere in every measurable way, thus making for some interesting plot development. But MechWarrior Online is by design a competitive game, and when two sides square off in glorious battle neither side wants the other to have an unfair advantage as it’d take all the fun out of honorable combat. Like Clan MechWarriors or even Kurita pilots, honor is everything in MechWarrior Online.

But, as The Dane points out in his video, balance has been something that MechWarrior Online has struggled with and continues to struggle with today. And for good reason: it is vastly more complicated balancing a computer game than a tabletop one. 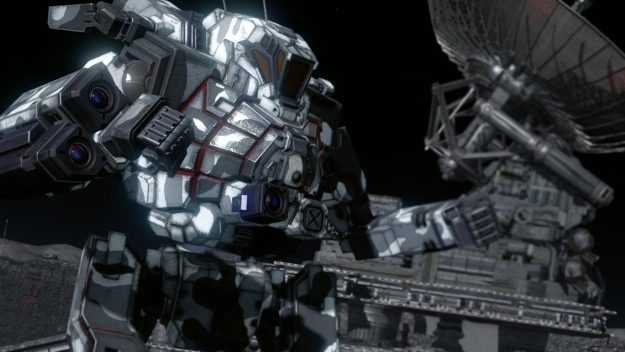 The Spider, a victim of of the infamous re-scale of MWO’s ‘Mechs.

For those of you who are non-MechWarrior Online players, a brief explanation. Let’s take the humble Medium Laser, a staple of both tabletop BattleTech and MechWarrior Online Inner Sphere BattleMechs. In BattleTech the tabletop game, a one ton, one critical slot weapon that deals five damage a pop is fine for several reasons having to do with the tabletop rules: fire rate is fixed at once per turn (as with many weapons), and since where you strike the enemy ‘Mech is (usually) decided at random boating up on an arsenal of 10 or 12 lasers isn’t as terrifying as even a third as many AC/20s.

Now let’s take MechWarrior Online. It’s the same one ton, one crit, five damage weapon, but the problem is the pilot can aim a bunch of them all at the same spot, making 10 or 12 of these weapons capable of coring all but the heaviest of ‘Mechs. Sure, the heat you generate will cause a shutdown, but who cares if your opponent is already dead? The incentive to boat is massive, which causes a problem when you want to encourage the equal use of the over 100 weapons systems found in MechWarrior Online. 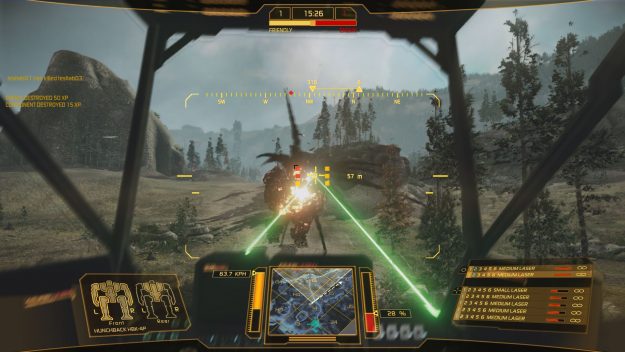 The medium laser in action. Courtesy of mmobomb.com

To try and make the weapon remotely fair, PGI attempted all sorts of solutions: they increased the beam delay, requiring the pilot to hold their crosshairs longer on the target (and thus also increase the likelihood of either missing or getting shot in return). They tweaked range and damage fall-off numbers, penalized players with extra heat (called “ghost heat”) when fired in large groups, and reduced their cooldown so they couldn’t be fired as fast as either their larger or smaller brethren. And while all these adjustments certainly changed the Medium Laser’s performance, it remains open to debate whether or not they brought the weapon back in line.

Today the Medium Laser remains ubiquitous simply due to its efficiency – one ton, one crit, five damage is simply hard to beat when you have the available hardpoints for one.

A Tangled Web Of New ‘Mechs

No other game in existence has a larger challenge with balance than MechWarrior Online.

That’s just one weapon system that challenges PGI with balance. With the recent surge of Jihad-era tech, there are now over a hundred different weapons systems in MechWarrior Online, and each of them requires the same kind of tweaking to remain fair in an online, competitive game. It’s a monumental task for a small, independent developer like PGI.

A task that PGI makes even more monumental with each passing month. For some time now, PGI has released a new ‘Mech nearly every month in MechWarrior Online, and while few players would argue against adding additional content to the game, it makes the task of balancing every chassis nigh impossible. With hundreds of different ‘Mechs to consider (if you include each unique variant of a given chassis) ensuring that each new entry to MWO’s roster is fair in comparison to already existent ‘Mechs is a task for an adaptively intelligent supercomputer and not a small team with a few spreadsheets. No other game in existence has a larger challenge with balance than MechWarrior Online. 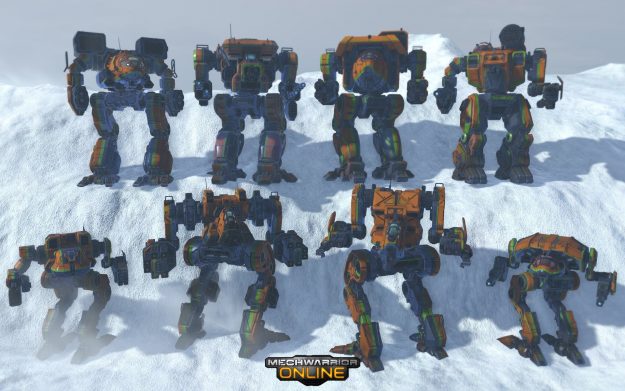 The Introduction of the Clans was the first major bombshell in MWO balance. Courtesy of mwomercs.com

Unfortunately for PGI, balance is a necessary component of any competitive game. If MechWarrior Online were primarily a PvE game, such as Warframe, overperforming weapons or ‘Mechs can be explained as simply being rewards for players who have unlocked enough of the game’s content to achieve them. But MechWarrior is a PvP game, requiring every weapon, every chassis, and every scrap of technology to be balanced for veterans and newcomers alike. No new player will be drawn to a fundamentally unfair game, and certainly not one as obtuse as MechWarrior Online.

Unfortunately for PGI, balance is a necessary component of any competitive game.

So how does a game with hundreds of thousands--perhaps even millions--of points of interaction achieve even a semblance of balance? I hate to use the word “unfortunately” twice in the same article, but the truth is there’s no easy way to program a computer to consider the player experience on top of all the hard math required in balancing a game. It takes years, a dedicated player base, and developers willing to listen to player feedback to achieve balance.

As small as MechWarrior Online is, there are still plenty of players willing to offer their two-cents when it comes to all aspects of the game. PGI has a public test server that allows certain players to test out larger changes, but that server hasn’t seen much use since the previous skill tree update, while there have been multiple changes to weapons and ‘Mechs in the eight months since then.

An expanded system which takes player feedback and turns it into useful data is certainly going to require a larger investment of resources from PGI than they’ve currently made, but it’s a necessary one for the continued ongoing health of the best--and the only--ride in town.

Well, at least until they release MechWarrior 5. Then it’s back to PvE madness and we can throw balance out the window.

17 thoughts on “The Challenge With Balance in MechWarrior Online”