It’s no surprise that BattleTech, which is a war game, has a lot of wars.  A lot of strife and conflicts.  That’s what we need to keep the property moving. Succession Wars?  Wars of Reaving?  Clan Invasion?  The Jihad?  We have wars in spades.

So given that, I thought it would be an interesting thought experiment to delve into some of the history of the wars in BattleTech that meet the jus ad bellum, or Just War criteria.
I’m currently working on (yet another) Master’s degree, this time one in Theology as a Catholic College.  In the European tradition, for centuries during the height of the Catholic Church’s power, war between Christian states was virtually unheard of.  The amount of stuff you had to jump over into order to declare war on your neighbor was rough.  From St. Augustine who began the Just War tradition to St. Thomas Aquinas who formalized it in his philosophy, we have a major shift in the way war is viewed.  In fact, the Pope would often and regularly lean on people to not declare war, or to end it immediately, when these conditions were not met.  The only major exception during this era was the Hundred Years War which began during the weakening of the Papacy and the Avignon era.  In order to declare war, you needed a casus belli.  A just cause.  But you also needed a lot more as well.  They fleshed out a list of things you needed to do, before and during the war, in order for it to be just.  And this just concept of war continues through today in major philosophies, politics, military, and other places.

So I thought it would be a fun thought experiment to go over the jus ad bellum concept of a just war, and then look at some conflicts in BattleTech to see if they line up. 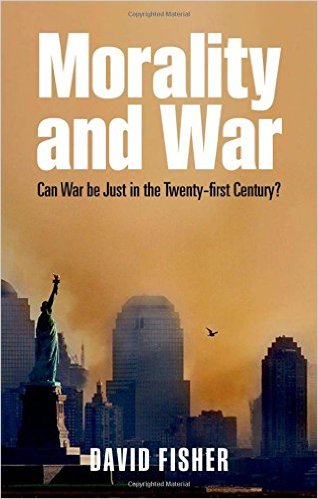 I’m using a few books as the core for this article. One is Ronald Musto’s The Catholic Peace Tradition that looks at the history of Peacemaking in Catholicism, and talks about this at length.  But the major one is Morality and War, by David Fisher.  Both a trained philosopher and a high level position in the British Military for about 20 years, he has a unique perspective about what is just, and what wars have been as well – he comes from the practice side as well as the theoretical one.  In particularly, his 4th chapter outlines this quite nicely.  And he’ll look at dozens of conflicts, wars, attacks and more to try to suss them out.  So what is just?  What does it require?  These are great questions – let’s check it out!

So let’s look at each of these in turn.

Authorized by a competent authority.  This was added to the tradition by Aquinas.  His basic point is that some ruler of a city or a Baron somewhere can’t declare war justly.  It has to come from the highest power in the land.  If it does not, they it isn’t a just war.

A just cause requires a legitimate reason for going to war, not the mere pursuit of land, materials military factories, or more.  There needs to be a major just reason.  Was someone just invaded?  Is a massive humanitarian catastrophe about to happen?  Take the Six-Day War as a good example. Israel argued they were defeating themselves preemptively and that Egypt had unfairly cut off their oil and other supplies by the closing the Straights of Tiran.  So a just cause would be to fight and capture the ports, or to free up the Straits for their shipping.

The next requirement is a right intention.  Is there a just cause in the actions itself? Many rulers will use a just cause as an excuse, but then really want something else, right?  So in addition to being a good just cause, one of the key ways to know if the reason for the war was rightfully intended is if the side that declares the war ends it when their objective is achieved.  Take a real life war like the first Gulf War as a good example.  The just cause was removing Hussein from Kuwait.  That is a just cause; he just invaded and took it.  And as soon as the goal was achieved, the war ended.  That is a right intention.

Is this a last resort?  Were other things attempted first, such as diplomacy?  That is needed.  Now I would certainly claim that sometimes a last resort is sort of obvious.  America entering World War II after being attacked is a last resort.  You don’t need to ask Japan for reparations instead, after they bombed Pearl Harbor.  You also need a level of proportionality.  If you have an issue, and your response is a lot worse, then that’s not just.  If you drop a nuke to end a minor military junta that was only hurting the locals a bit, then that’s not proportionate, even if you only took out the junta leaders and military.

Finally, are you trying to keep civilians safe?  Out the way? Or have you harmed civilians by putting them into play or on the battlefield?  That is not just.  If you kill civilians as an accident hitting legitimate targets, that’s one thing.  If you bomb a military base, sure, you’ll likely kill some civilians.  But it’s still a military base.  That’s a fair target. Still one of my favorites!

The Aleisha Liao led Ares Conventions puts a lot of just precepts into play in the BattleTech universe and the clan concept of Zellbrigen echoes it as well.

Alright, so given that, what wars count as Just?

Many conflicts are out straight away because they never had a just cause to begin with.  But let me start you with a war that I believe actually qualifies as just from every definition.  And then you can see how that operates.

The ruler of the Free Worlds Leagues discovers that his son and heir passed away, and was secretly replaced by a fake by the Federated Commonwealth.  The implications of this are obvious.  If the duplicate takes over, then the League is in a bad place due to duplicity and subterfuge.  Going to war against the Commonwealth is the only way to punish them for this atrocity.  It is a just cause.  And in this case, given the surprise nature of the attack, the last resort is arguable as well.  Now what is the intention?  To punish them. What does that punishment look like?  Merely taking back the worlds that were captured from the League by the Commonwealth in the Fourth Succession War.  The Free World League even has international support from the Capellan Confederation and the now-splintered Lyran Alliance to show solidarity.  The war begins, the Free Worlds League takes their targets quickly, and then they call it. Peace is achieved, the Commonwealth is suitably punished for their actin, and the status quo occurs.  That is a rightful intent, just action, and more.  The Free Worlds League theater of the Operation meets the requirements of jus ad bellum, just war.

What about other Wars?

On the other hand, the Fourth Succession War by the Federated Suns and Lyran Commonwealth certainly isn’t.  Even if you grant that Hanse Davion wanted to punish Maximillian Liao for doing something similar with a duplicate, his response came years later, and therefore lacked the immediate last resort concept.   Nor was his response proportional, nor with a right intention.  He wanted to end the Capellan Confederation as a state.  That is different in kind to the Free Worlds League response. Without rightful intention, and without a last resort and barring a proportionate response, the Fourth was not a just war to my mind.

And we can do that with other conflicts in the universe all day.  So what conflicts are out there that you think are just?  What is close?  How about the common fighting in cities we see?  Barring a major military target in there, is that truly keeping civilians out of the picture?

25 thoughts on “The Just Wars of BattleTech”