Ahh, June. Honestly, my favorite month, and not just because it contains my birthday (ah, but which day? I’ll never tell!). It’s hot, but not too hot, it’s wet, but not too wet, and the bug population hasn’t had quite enough time to explode like it will in July and August. June is, in my mind, the perfect month.

Not to mention there’s a whole bunch of BattleTech news to get caught up on, so let’s hop to it!

Battletech/Mechwarrior Lore : The Marauder
Watch this video on YouTube.

The latest Tex Talks BattleTech came out just after I posted May’s news blast, so I wasn’t able to promptly advertise the majesty of Tex’s latest project. For that, I apologize and beg your forgiveness.

The Marauder was never my favorite ‘Mech even though I acknowledge it shares a special place in BattleTech and among most BattleTech fans. Like the Shadow Hawk, Locust, and Warhammer, the Marauder is a ‘Mech that will never die. Not even a decade of litigation can keep the Marauder from being perhaps the most famous BattleMech ever made.

Tex does the Marauder sweet justice in this hour-and-a-half-long documentary. I think it’s Tex’s best work yet, and I encourage you all to learn more about both the machine and the history which produced it.

I’m really hoping the Charger is next. There’s a ‘Mech with a story that deserves Tex’s special attention.

Timothy Seals Just Updated His MechWarrior Remix Album, And You Can Still Download It For Free 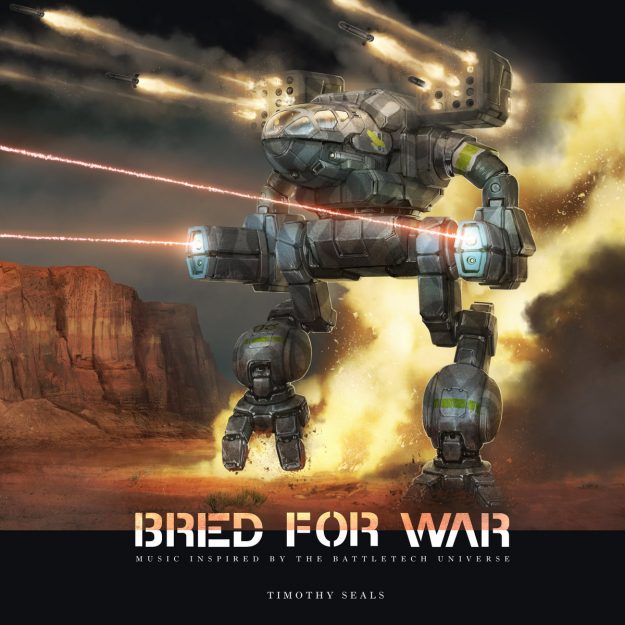 And now you can get the definitive version of Timothy Seals’ “Bred for War” album over on Bandcamp. This 19-track album includes several songs that were previously only available on YouTube, as well as the rest of the songs that were already on Bred for War.

You can download the whole thing on his Bandcamp page paying for what you want, although only honorable MechWarriors will throw this bard a few coins.

An Update On That MechWarrior 2 Unity Port

I can’t remember when I first reported on someone remaking MechWarrior 2 in Unity, but here have an update on how things are going.

And it looks like things are going well! Silent Thunder, the first mission in the Jade Falcon campaign, seems to have loaded just fine, although there are some issues with the enemy AI not really responding to the player’s presence. The game uses all the original sound files but updates the laser and explosion effects to be a little bit better than the original. There are also some issues with the explosions not lighting up the terrain as much as they should. There’s still no minimap, heat implementation, nav points, or music. You can basically walk around, shoot the objectives, and quit.

But hey, that’s something! And it’s a lot of progress over where the team was last we checked in. We might see MechWarrior 2 reborn in Unity before the end of the year!

We got another MechWarrior Online patch that just went live! It’s not a huge patch, but it does come with two big deals.

The first is the remastered Polar Highlands, which got a preview earlier in the month. Previously, Polar Highlands was relatively flat. Low, rolling hills provided breaks to line of sight, but the map was notorious for favoring LRM-focused builds which could utterly decimate an opposing team. Combine that with a lance of players dedicated to supporting their missile boats and Polar Highlands often turned into a match of who’s LRMs struck first.

Although LRM-boating is a legitimate strategy, it’s not conducive to fun gameplay. The best and most reliable strategy against missiles is to stick to cover, so the new Polar Highlands adds larger hills, bases, structures, and long winding trenches to ensure ‘Mechs have an escape route when they find themselves under fire.

And second is the agility pass. The Cauldron warned us of the impending agility changes in our recent interview, with the majority of ‘Mechs receiving a big boost to their acceleration, deceleration, run rate, torso twist speed, and torso pitch and yaw angles. These changes are designed to make the game feel more fluid and less like you’re fighting against the controls of a gigantic robot. Which you are, but fusion engines and myomer musculature shouldn’t feel cumbersome.

Some ‘Mechs, such as the Quickdraw, Linebacker, and Commando, didn’t receive any boosts at all since they’re sufficiently nimble already, while other chassis like the Mist Lynx, Raven, Stormcrow, and Orion saw massive boosts to their overall maneuverability.

Almost every ‘Mech saw some improvement, so I’ll bust out a few old favorites to see how they perform later this weekend.

With agility out of the way, here’s hoping that rescale is next on the agenda. But as Bear_cl4w said in the Cauldron’s most recent vlog, there’s no specific timetable on that at the moment. 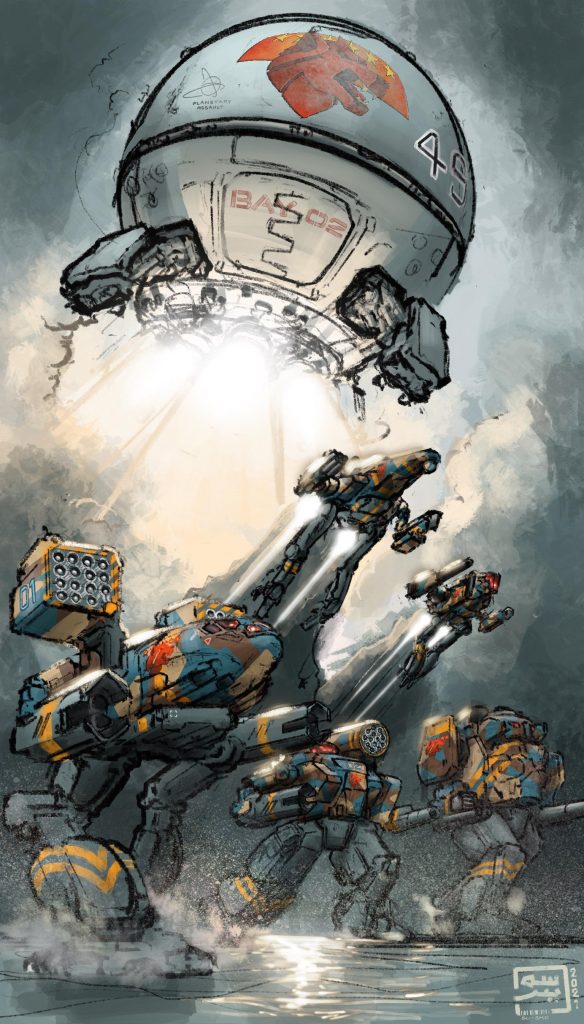 Great art from Reddit user SU-SMD of a Clan Wolf star dropping from a Union-C and then moving onto their objectives. That Viper and Shadow Cat are jumping quite aggressively, but that seems to be the standard operating procedure for Wolf maneuvers.

If you were watching E3 as closely as I was, then you likely noticed how MechWarrior 5 featured quite prominently in the PC Gaming Show. In fact, Day9 was in the cockpit of a dropship, while Frankie was in the cockpit of a 65-ton CPLT-C1 Catapult. The hosts frequently swapped back and forth between various set pieces from MechWarrior 5, and the big interview during the show was with PGI’s community manager, Daeron Katz (who wore a stylish hat for the occasion).

It was a fun surprise to see how much pull MechWarrior still has in the wider gaming world. Sadly, the PC raffle where someone would win a MechWarrior-inspired computer was only available to US residents, so my Canadian passport disqualified me from entering.

Anyway, although this was clearly just a marketing stunt, it was cute and fairly well done. There wasn’t really anything new discussed, so just catch a glimpse of the clips for everything you need to know. 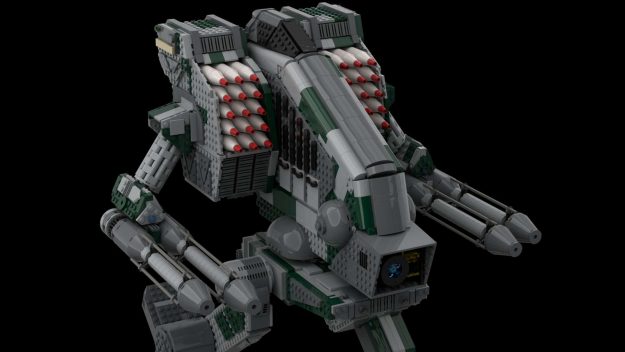 We like Lego, and here we have a 1:21-scale Lego model of a Mad Dog courtesy of EngineeredEntropy on Reddit. This model is extremely well done, with the only issue being that it’s not quite strong enough to stand up on its own. Plastic just doesn’t have the same structural support as Endo Steel, sadly. Bonus Timber Wolf at the end of the 20-slide carousel.

In Honor Of Brood X, Someone Held A Cicada Death Race 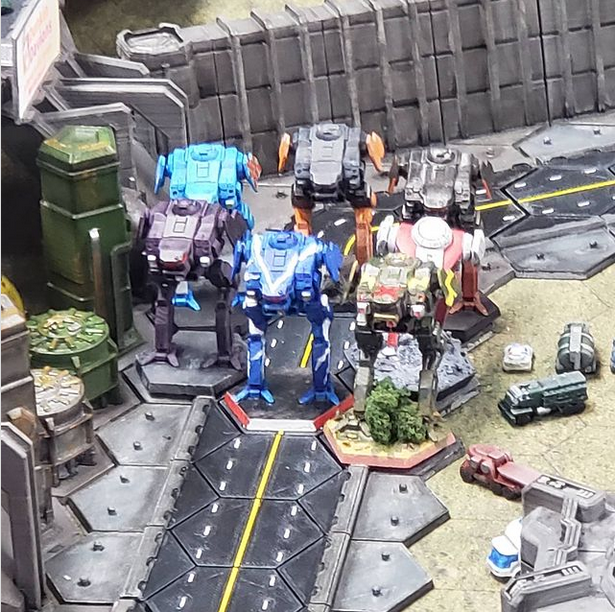 As many of you in America’s East and Midwest are already painfully aware, Brood X has arrived with a vengeance. Brood X is one of 15 Cicada broods that periodically rise from the earth to sing us the song of their people, and they do it every 17 years or so. It is the largest and furthest-ranging brood of Cicadas in the United States, filling the air with their characteristic buzz before mating and then dying off due to mass predation.

To honor Brood X’s arrival, Reddit user VonJankmonBT hosted the “Cicada Death Race” at the Solaris 7 Dunken Davion Raceway. As the name implies, the race involves a bunch of old Cicada BattleMechs running around a hexagonal racecourse while trying to murder each other.

What makes VonJankmonBT’s fictional death race so exceptional is that they really went all-out on it. Check out the Reddit post for a full race report and a collection of pictures showing each lap of the Cicada Death Race.

Because the Cicada‘s lasers are technically part of the torso and not the arms, the leading Cicada isn’t able to flip its arms around to start firing back at its pursuers. Thus, being in the lead is actually a very dangerous proposition for a Cicada racer, making this race a real blood bath.

Now we just need someone to put as much effort into an Urbie Durbie.

Is America About To Make Real ‘Mechs? 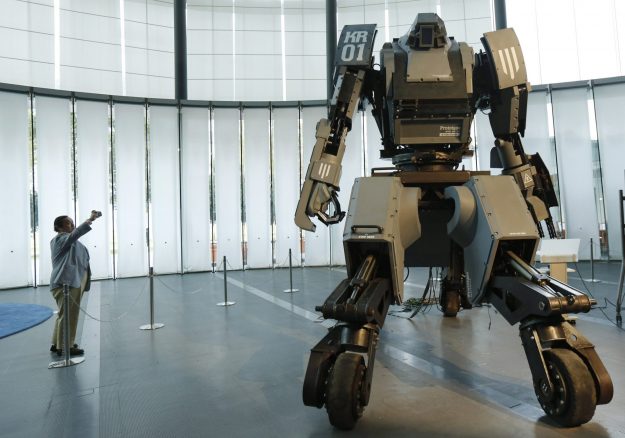 Well, no, not really, but a study from the US Army Research Lab looked into the idea and determined it’s at least possible. But they don’t really recommend it.

This comes courtesy of Popular Mechanics, which looked into the study published in the journal PLOS ONE. The study specifically examines something called the Heglund Formula, “which estimates the energy required for animal locomotion.” Physicists determined that the power required to move an object using legs is roughly the same as using wheels or treads up to 35 tons, so it’s no less efficient energy-wise to get around in a Jenner than it is a light tank.

So, great news for ‘Mechs right? The US Army is saying, “Well, we can make giant robots if we really wanted.” But that doesn’t mean they’re going to do it. The study also notes that walking vehicles are taller and thus more vulnerable than low-slung tanks and armored combat vehicles. And while ‘Mechs have an easier time getting down steep slopes, there’s not a lot of call for armored combat on the side of a mountain.

The study also doesn’t go into determining exactly how to power a theoretical BattleMech, just that it’s not immediately a bad idea from a power perspective. But hey, we’re one step closer to real ‘Mechs. Now we just need to have a century of warfare involving nukes and orbital bombardments before we sign a piece of paper that makes ‘Mechs the best means of waging war.

Farseer Animation Teases Next Project, And It’s Also About The Marauder

Farseer Animation is back with a teaser video for their latest project, “Marauder.” If you’ll recall from around the same time last year, these are the folks that brought us that fabulous “Battle of the Crescent Fortress” animation, which is almost ten full minutes of some of the best fan-made fiction around.

This time we only have a minute to figure out what’s going on, but it looks like there’s Clan Jade Falcon going up against a lone FedCom Marauder. Dig the old-school Nova model being used here, as well as the Elemental infantry battle.

“Coming eventually” is about the best time frame we can hope for in what looks to be Farseer’s most ambitious project yet, so be patient on this one. 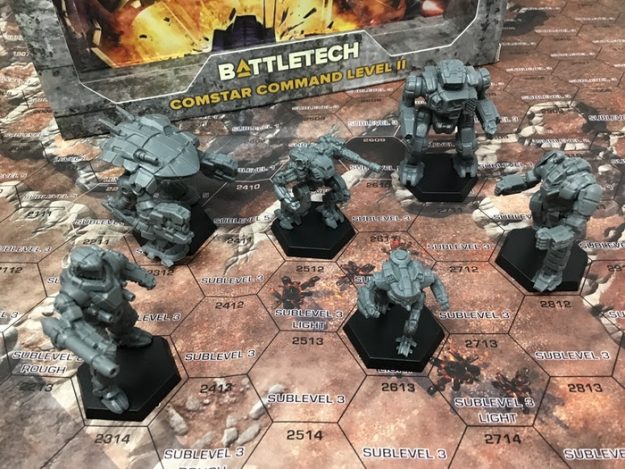 Sorry to end the June news on a bummer, but this just came in over the wire. Catalyst has just told Clan Invasion Kickstarter backers that Wave 2 has been delayed because the ship that was supposed to pick up the last two containers today didn’t even stop in port due to a COVID outbreak.

Yeah, COVID ain’t over, and it probably won’t be for years to come even as we all get vaccinated (and if you haven’t yet, I certainly hope you do soon). Catalyst is now calling for delivery around the first of August.

On the plus side, we got to see some ComStar minis, so that’s cool.

That’s it for June! Enjoy some MechWarrior Online events that are ongoing and be sure to take a breather. You deserve it.

7 thoughts on “Your BattleTech News Roundup For June, 2021”