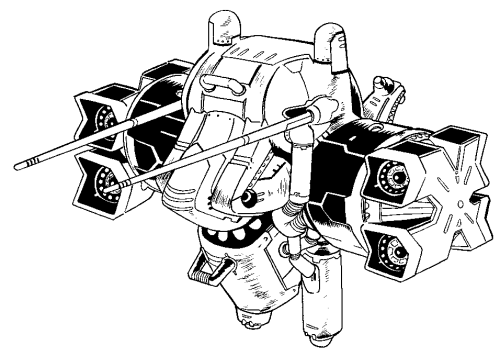 The Space Operations Adaptation is a piece of Battle Armor equipment first produced by Clan Snow Raven in 2900. It is designed to increase the operational flexibility of Battle Armor engaged in deep space missions by providing additional thrusters, arm and foot-mounted electromagnets, and an advanced version of HarJel.[1]

Independently, the Taurian Concordat invented its own version of the same system in 3011 for use on their labor exoskeletons. It was practically identical to the Clan version minus the HarJel, and has been adapted for use on Inner Sphere Battle Armor.[1]

Space Operations Adaptation weighs 100kg. Although it only takes up one space slot, only one may be equipped per suit. Suits that are intended for use in vacuum do not need this device.[citation needed]