The Ancible magazine was an online a magazine with related articles on roleplaying games and war games. 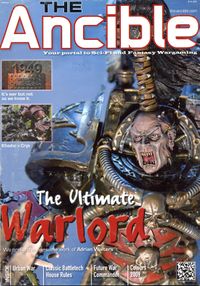 In this magazine, one article with house rules was created. The rules are: