A scion of House Humphreys and successor to her aunt Morgaine Humphreys who was assassinated in 2988, Dame Catherine Humphreys wore the mantle of Duchess of Andurien from 2988 through the secession of the Duchy of Andurien from the Free Worlds League in 3030, the subsequent ill-fated war on the Capellan Confederation together with the Duchy's ally, the Magistracy of Canopus, and eventually the reintegration of her nation into the Free Worlds League by force of arms. She died of a heart attack at the age of 89 before she could stand trial for the secession.

Always gracious and dignified, she was nevertheless an outspoken opponent of Janos Marik for decades.

Humphreys began her early military career as an aerospace fighter pilot, serving with the First Defenders of Andurien's Remington Air Squadron. However, her military career as the squadron's commander ended when Duchess Morgaine died in a hail of bullets in an attempted military coup 2988.[3][4] Catherine, as Morgaine's niece and designated heir, defiantly resisted and became a focal point for resistance against the coup, foiling it through sheer determination.[5]

As the Duchess of Andurien[edit]

Highlights of her Political Career[edit]

Catherine succeeded her aunt Morgaine to title of Duchess of Andurien in 2988,[4] whereupon she began her political career. She continued Morgaine's drive to separate Andurien from Free Worlds League politics. 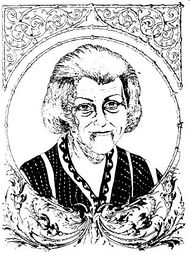 As Duchess, Catherine adopted a stance of total opposition to the Captain-General, invoking the Home Defense Act in response to any call that would take away her Duchy's Defenders of Andurien Regiments for wars of aggression against other realms. Concentrating her efforts on putting the interests of the Duchy above all others, she became known for saying "No" to amost everything.[6]

Secretly, she sought the destruction of the Capellan Confederation, and to win independence from the League for Andurien. After the Fourth Succession War, she developed ties with Magestrix Kyalla Centrella of the Magistracy of Canopus. This culminated in the Andurien Secession from the League in 3030 and a newfound alliance between Andurien and Canopus. (Catherine's fifth son, Richard, was to marry the Magestrix's daughter Emma Centrella, but the marriage fell through.) The Alliance conducted a military campaign against House Liao, which achieved some early successes. But when the Capellans rallied, the Alliance was forced to fall back.[7]

Janos Marik made it clear to the Capellan Confederation that he would not tolerate them seizing the Duchy in a counterattack, and through low-level diplomacy tried to rein in the wayward Duchy. Catherine refused to bow to him or bring Andurien back into the League, however. After a bomb took the lives of Captain-General Janos Marik and some of his children, newly appointed Captain General Duncan Marik declared that diplomacy with her had ended.[8]

League Invasion of the Duchy and Catherine's downfall[edit]

In 3035, the Captain-General sent a series of raids into the Duchy to test her nation's defenses and gain intelligence on the situation on the ground.

In the initial invasion of the Duchy, Catherine saw half her outer worlds lost to League forces. It was on Xanthe III in 3037 that Duncan Marik was killed in action leading League forces against Andurien, only to be replaced by the much more competent Thomas Marik.[9]

Captain-General Thomas Marik used ComStar to mediate a surrender of Andurien instead of what he predicted to be bloody and fanatical defense of planet. Catherine dispatched negotiators to Terra, where they met with League representatives in Geneva. From late April through May, her diplomats haggled with League officials over the fate of her nation and her person. However, talks fell down to one point: If Andurien did not surrender herself and disband the Defender regiments, the League would blockade the planet, only allowing for humanitarian aid. Catherine's diplomats refused to the terms of the surrender and rejoining the League. ComStar's Primus Myndo Waterly vowed to protect the Andurien HPG station and capital city Jojoken's main hospital from all aggressors and announced that her "newly" formed Com Guards would be their assets on planet. She had diplomats from both parties see the firepower and capacities of ComStar's armed forces.[10]

With no solution at hand, the diplomats returned to Catherine and she began to prepare for her nation's final stand against being annexed back into the League. Catherine knew fully well that her concentrated force was hopelessly outmatched by whatever expeditionary force would be sent against Andurien. She decided, despite there being no way to win, to exact as much damage on the occupation forces as possible.[11]

On December 2nd the 1st Fusiliers of Oriente penetrated Catherine's capital city defenses and scattered the 5th Defenders of Andurien. The 1st Fusiliers managed to seize Humphrey's palace, but Catherine slipped away before they arrived. By the 19th, she was discovered in an adjacent suburb across from the capital city where she found it was impossible slip past the 11th Atrean Dragoons's blockade of region. After surrendering to the 11th, she announced that the Duchy and planet had surrendered to Marik forces. Catherine was charged with treason against the League, but continued to refuse to admit defeat. However, she would die of a massive heart attack on March 19th, 3040.[12]

After her death her fifth son, Richard Humphreys, would have been her heir, but following its reintegration into the Free Worlds League the Duchy received a federally appointed regent, suspending Humphreys suzerainty over the Duchy; also, Richard had been too close to the taint of the secession and Canopus alliance. It would be his daughter Dalma Humphreys, Catherine's granddaughter, who resumed House Humphreys' authority over Andurien in 3048.[13]