Talk from Revanche what a user can provide[edit]

Dude, you're a legend! From blocked to the site's second highest award in just over two years is phenomenal and quick well shows the success story for someone who doesn't even speak the site's primary language naturally. And you've got 4.8x the 2nd most active user's count! I don't think anyone would argue that they're 99% (or higher) quality edits. You're my hero. Congratulations and thanks. 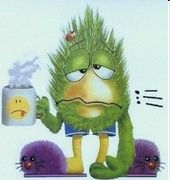 After a hard day on the wiki

My first introduction to Battletech was in 1992 with the novel Warrior: Riposte which was recommended by a friend. It was not the last in the series. (I know Warrior: En Garde was the first). I read all the novels and have all of the sourcebooks and other stuff, but the BattleTech Universe is more for me than just playing the game. (My last time playing the game was 1994). In my spare time up to the years, I have read all the published material and spent time lurking on forums. I admit I'm not very skilled in fluff writing (English is not my native language), but I think I have become a useful contributor to sarna.net.

I became in the last months [2011-2012] a critical view of contributions, follow the policy, or talk when you have questions, if you not talk or respond talks i interprate this as you not have a interest to bring the wiki forwart, i'am here for a while and english is not my first language (german is my first), at my first time i was blocked, my revision was undo, but i learn and talk, and now i become a usefull contributor and member, and have a new point of view thanks to my teachers Revanche and Scaletail.

I'm a WoBBllii, ha ha ha...the firestorm comes over you.

I fix some little things and make minor edits...take a look

My focus in 2016 was to revamp the Communications System page, involved in the planet overhaul project, and updated infoboxes, yes we miss the comsys, t&t and heat sinks in the infobox. Oh i forgot the manufacuting center pages, iam in work on this things.