If you need help or attention to a problem, please find and leave a note to an Admin HERE or for me HERE, and you'll get a response as soon as we can.

Let's see: I used to be quite active on Heavy Metal's forums when I discovered the value of Rick Raisley's suite of programs (probably around 1999), though my involvement has dropped off in some years. I've lurked on the various incarnations of the official BattleTech boards for longer than that, only recently becoming active in the community (though I've been around long enough to see my post count started three times with the various board wipes). Before that, there was Sarna and the Usenet, though under a different handle. I made my first post on 17 September 2006, and am -as far as I know- the oldest, active registered user on the wiki.

I'm still amazed that I can come here and find things on my own that I can't find (or find easily) elsewhere, as BTW is definitely becoming a valuable member of the CBT community. I would just ask that everyone reference the site as much as feasibly possible in their other BattleTech communities: we need new users (to see what we offer) and we definitely need more new Editors (so that we can push this database up to the 20,000+ articles level sooner than later). (02 August 2011)

ClanWolverine101 - active in sparse spurts
Cyc (ComStar) - does not seem enthusiastic for the responsibility
DragonoftheRust - doesn't have any one particular area in which he identifies as an expert (except spelling corrections)
Neuling - no clear target area, no history of proactive communications/assistance
dude.rb and Tumult & Travail both responded they did not have the time for the SE-Products position

Because I can /never/ find it when I need it:

I interpret this as opening a negotiation roll for jump fees when recharge stations are available, and likewise a roll for higher fees when further away from regularly-scheduled JumpShip routes. 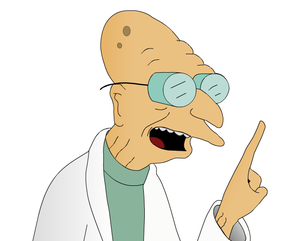 "Good news, everyone! I've invented a device which makes you read this in your head. In my voice!
Retrieved from "https://www.sarna.net/wiki/index.php?title=User:Revanche&oldid=874288"