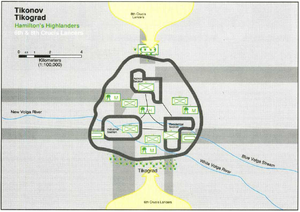 A female highlander dancing a jig over a torn Federated Suns flag.

Note: At this point in time the unit was stationed on Tikonov and also on Alrescha.[5]