This article is about the MechForce Germany magazine. For other uses, see Life Support (disambiguation).

Life Support was the German-language BattleTech magazine published by the first incarnation of the MechForce Germany (MFG). It contained internal MFG news and ranking lists as well as rules, essays, fiction, scenarios, 'Mech designs and record sheets, and similar information, some of it original, some translated from American BattleTech publications.

The magazine was issued to MFG members, but was also available for sale independent of MFG membership. A total of 8 issues was published before the first MFG folded.

As a German-only product, the Life Support magazine does not fall under the current definition of Canon for the BattleTech universe.

The MechForce Germany organization was officially sanctioned by FASA, therefore Life Support can be regarded as an official (apocryphal) BattleTech publication. However, its content was not checked for continuity whatsoever by FASA.

FanPro, on the other hand, holder of the German BattleTech license and publisher of the German-language BattleTech game line, maintained close contact with the MFG fan organization to the point that several items first published by the MFG found their way into official German-language BattleTech products, particularly the expanded Arena-Planet Solaris VII which reproduced the rules for Dual Cockpits and ECM 3025. Likewise, the Linesman BattleMech introduced by the MFG was officially mentioned in BattleTech – Die Welt des 31. Jahrhunderts which was produced by Heyne, the publisher of the German novel line. 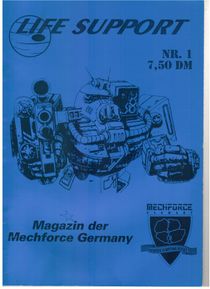 The first issue, markedly short at only 24 pages, served mainly to introduce the MFG and its structure and ranking system. Notable content includes: 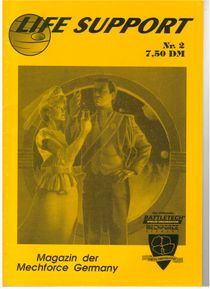 Published with some delay, this 40-page issue concerns itself mainly with internal organizational news, the introduction of MFG "House Officers" to aid internal administration, and rules pertaining to the personal 'Mech that all MFG members had been assigned upon joining. Other topics include the start of a Solaris VII league, the Chicago BattleTech Center, and several short stories. 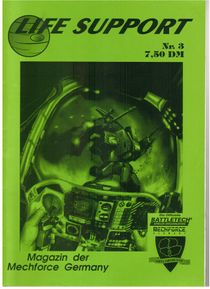 40 pages. Contained a loose sheet that explained certain chapter rules published within this issue to be outdated, and updated them. Other content includes: 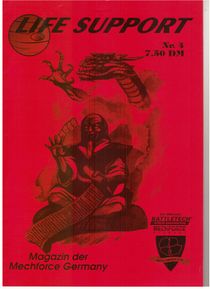 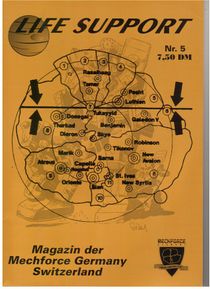 This 76-page issue was made Clan-centric. Notable content includes: 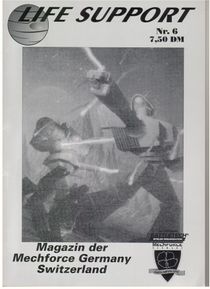 Following an announcement in the previous issue, this 76-page issue was also issued for the newly formed MechForce Switzerland. Notable content includes: 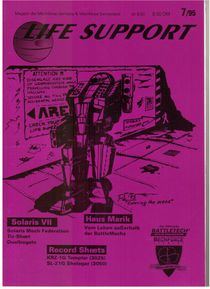 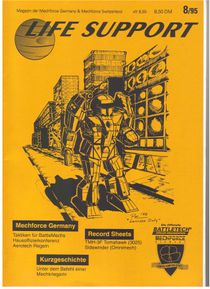